Above: This robot, the BoniRob, was developed for precision agriculture by Osnabrueck University of Applied Sciences in Germany, led by Arno Ruckelshausen. 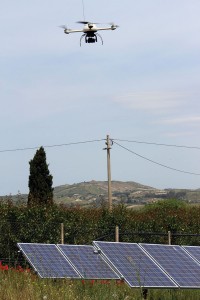 From Amazon to Google to Domino’s Pizza, unmanned aircraft systems (UAS) have been drawing significant attention in recent months.  Amazon plans to launch a Prime Air delivery system, and Google has similar plans, plus it aims to use UAS to bring the internet to the developing world. However, the exciting and innovative unmanned technology is not limited to systems in the air; it includes the unmanned systems that are making groundbreaking strides on the ground and in the water.

On the ground, unmanned systems have already begun to improve precision agriculture in ways that could save farmers significant time and resources. The range of applications of agricultural ground robots is so broad that it touches virtually every element of farming, from controlling weeds to monitoring and harvesting crops. Recent studies have found that the market for the use of ground robots in agriculture is expanding as automation becomes a greater component on farms.  According to forecasts by WinterGreen Research, the agricultural robot market is projected to grow from $817 million in 2013 to $16.3 billion by 2020, with ground robots accounting for the vast majority of that growth.

Beyond agriculture, UAS technology is benefiting research as scientists seek to better understand and respond to our natural environment. When it comes to forecasting, researchers are utilizing air and maritime
systems to gather data both above and below storm systems. For instance, researchers with the Rutgers University Coastal Ocean Observation Lab (COOL) are deploying a fleet of inexpensive, buoyancy-driven underwater gliders to make hurricane modeling more accurate by gathering real-time data on changes that occur in the ocean during a storm. 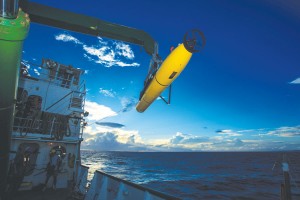 A Bluefin 21 was used in the search for the missing Malaysian Airlines Flight 370; here an Artemis system (a specific Bluefin) is being deployed with a Lodestar HPT7000 GyroUSBL system for positioning and an Avtrak 6 acoustic navigation and communications instrument. Courtesy of Phoenix International Holdings, Inc.

NOAA and NASA are also using larger UAS, like the GlobalHawk, to observe the atmospheric changes from 45,000 feet above the storm. Together, these systems can collect crucial data on the changes underwater, near the surface of the water, and in the skies above, to paint a more complete picture. This helps, among other things, provide advance warning times and better prepare us for large storms.

Meanwhile, NOAA is using gliders to study ocean acidification in the Arctic, which has a negative impact on ocean wildlife. These unmanned systems help to save thousands of dollars and allow the agency to perform long-term research that was once cost-prohibitive.

In April, unmanned aquatic vehicles made international news in the search for the missing Malaysian Airlines Flight 370. The Bluefin 21 was launched to scour the ocean floor in hopes of finding the airline’s black box.  The system carries multiple sensors and payloads at once, and it boasts a high energy capacity that enables extended operations even at the greatest depths.

We are at an exciting moment in the development of unmanned systems across all platforms. The systems developed in one market are moving to another and finding new applications. The technology being developed for automated vehicles on our roads will also be helpful for automated tractors in the fields. Unmanned maritime vehicles that were once used by the military to mine countermeasures can also be used by scientists for marine life observation and oceanic research. Improved sense-and-avoid technology will be crucial for UAS package delivery but will also benefit the military.

Unmanned systems come in a variety of shapes and sizes, increasing human potential and allowing us to execute dangerous or difficult tasks safely and efficiently—whether it is improved agriculture output, helping first responders, or advancing scientific research, in the air, on ground, or under water. 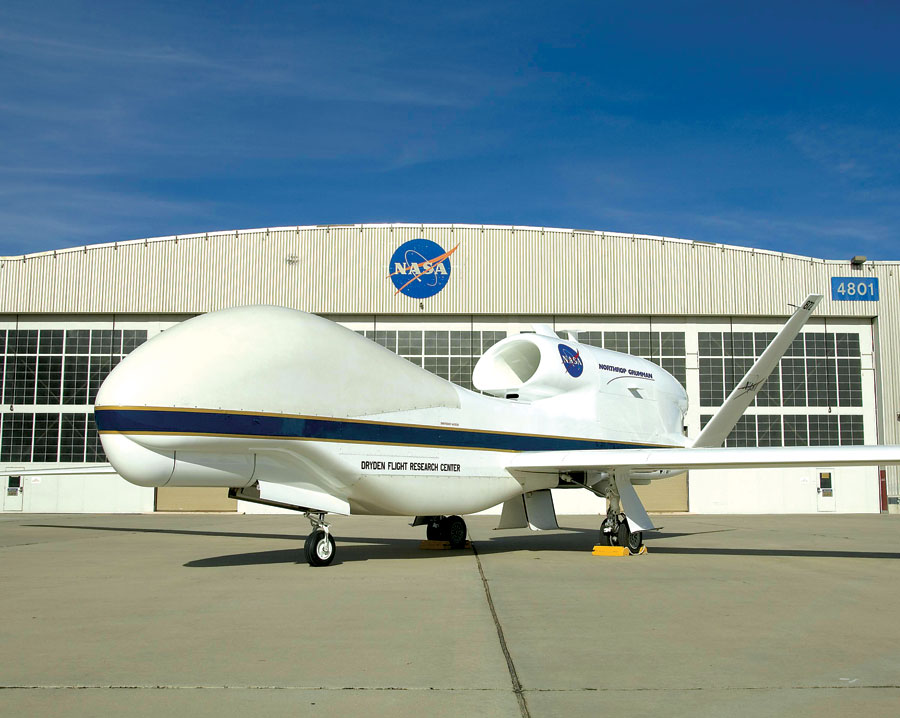 The Global Hawk is a robotic plane that can fly autonomously to altitudes above 60,000 feet—twice as high as a commercial airliner—and as far as 11,000 nautical miles —half the circumference of Earth. Operators pre-program a flight path, and then the plane flies itself for as long as 30 hours, staying in contact through satellite and line-of-sight communications to the ground control station at NASA’s Dryden Flight Research Center in California’s Mojave Desert. Image Credit: NASA/Tony Landis