Four main vendors competed for their share of the pie

When you join a start-up, as I did in 1998 with 3D laser scanning pioneer Cyra Technologies, you worry about two things. One is if your start-up’s “new thing” will catch on in the market and your company will survive. The second is if a competitor will “out-invent” you with something better (and your company won’t survive), not uncommon in high-tech. So, every report that I heard about a new competitor or a successful sale by a competitor pressed my “Worry Button.”

This article talks about that second worry—early competitors in the fledgling days of 3D scanning. 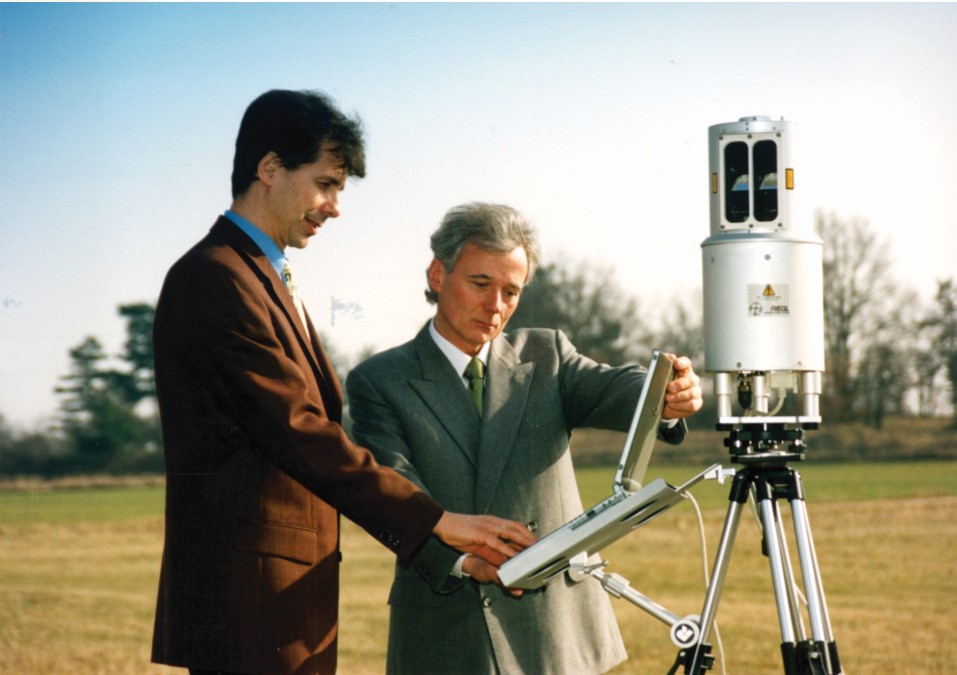 Every first-generation scanner that was marketed from 1998 to 2000 was controlled via connection to a laptop. The Cyrax scanner is shown in a building façade/cladding application. Mensi’s triangulation-based SOISIC scanner was offered in two range versions. Riegl’s original LMS-Z210 is shown with Dr. Andreas Ullrich (L) and Dr. Johannes Riegl (R). 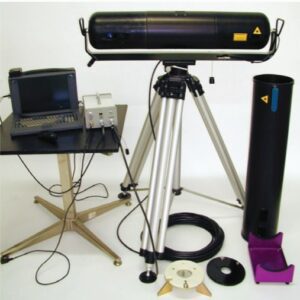 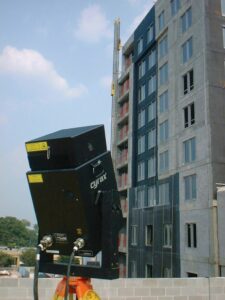 Since laser scanners first appeared on the market in 1998, prices have come down significantly from their early starting point of well over $100,000. On the software side, in addition to the various vendor offerings, many CAD applications today include acceptable point cloud capabilities, plus there are cost-effective plug-ins and some good, free software applications.

The fact that there are so many viable options for users today is great, although sorting through those options can be challenging and time-consuming.

All of this is a far, far cry from the way the industry started out.

Once 3D laser scanning started to be promoted in the market in 1998, vendors scrambled to gain market share. As it turned out, there were significant differences among early product offerings and each vendor was able to carve out its own piece of the pie, although some slices of the pie were a lot bigger than others.

The “competitive landscape,” as it were, had very few scanner/point cloud vendors and service providers. Scanner vendors offered only one basic model. Point cloud software, if available at all, came as a single package—unlike today where users can pick and choose among various modules.

In the beginning, there were just four main vendors of scanners: Riegl (Austria), Cyra (USA), Mensi (France), and K²T (USA, with lidar element from Z+F, Germany). Others came along over the next several years.

Here are general characterizations of each of the original vendor’s scanner and point cloud offerings: 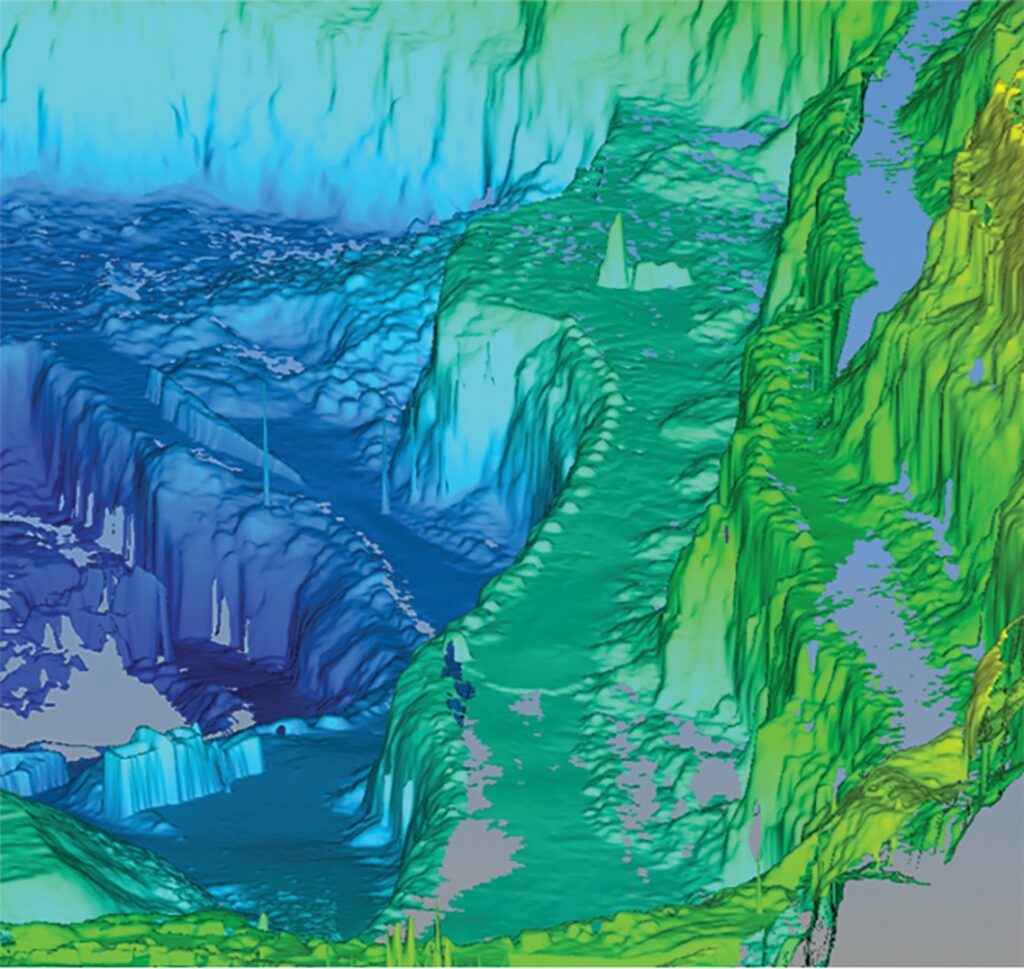 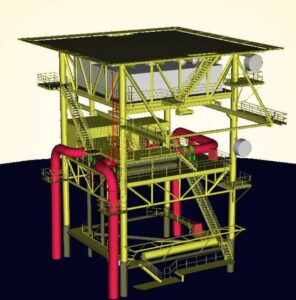 Riegl – A privately held family business, Riegl was a pioneer in the field of laser rangefinder instruments well before the company developed its first 3D scanner in 1998. Their first 3D scanner, LMS-Z210, was an extension of laser rangefinder products in which the company was deeply experienced. A scanner predecessor was a pan-and-tilt instrument used to measure surface geometry of hot steel production vessels.

It also featured a good field-of-view (80-degree vertical x 340-degree horizontal). However, it was not well suited to capturing overhead geometry nor did it have the high positional ac­curacy or dense scanning ability that Cyra’s or Mensi’s scanners had. Based on these factors, Riegl’s early sweet spots were terrain applications (e.g., open pit mines and landslides), archeological sites, etc. It was also well suited to tough environmental situations.

Cyra Technologies/Leica Geosystems – Cyra offered one scanner, Cyrax 2400, which was replaced in late 2000 by its smaller, better looking version, Cyrax 2500. Sweet spots for Cyra’s scanner were applications that required high accuracy (e.g., 6 mm), including out to a practical range of 50 meters (100m, max spec).

It was also well suited to scanning directly overhead, e.g., inside buildings and industrial plants. The scanner’s ability to capture fine detail/dense scans, even at longer ranges, was a big plus for many applications. Its scan speed of 1,000 points/second was not the fastest, but also not the slowest in the early market.

The scanner’s main limitations were its small field-of-view (40-degrees-by-40-degrees) per scan, which required many separate scans to capture certain areas, its weight, and its unreliability from a hardware standpoint. After Leica Geosystems acquired Cyra in 2001, a Leica Geosystems label was added to every Cyrax scanner.

Cyra also offered point cloud software that, relatively speaking, at the time was the most versatile in terms of the types of applications that it supported (plant as-builts, civil/terrain/topography, building facades, structural). Cyra’s original CGP software was a single module that enabled conversion of point clouds to geometric primitives and terrain models, and it included registration functionality.

Because of the relatively good versatility of its scanner and software, Cyra found an early sweet spot with general service providers (e.g., survey firms) that wanted to address a variety of opportunities. Based in the U.S., the majority of Cyra’s early customers were in North America.

Mensi – From a historical standpoint, Mensi was actually the first company to develop a 3D laser scanner, which it did in the early 1990s. Mensi, however, didn’t broadly market its scanners and software until 1998, when Riegl, Cyra, and K²T also launched their
3D scanning systems.

The technology was developed for the purpose of capturing accurate as-builts of Eletricité de France (EDF) nuclear plant interiors for decommissioning. Mensi offered a short-range and long-range version of its SOISIC scanner and richly featured (but difficult to learn) 3Dipsos software for creating 3D as-built plant models.

Mensi scanners were, from a practical standpoint, all short range and relatively slow (~100 points/second) compared to Cyra and Riegl scanners. A typical scan would take an hour. The scanner could only be used in low-light conditions, which meant it couldn’t be used outdoors—a significant limitation. The scanner’s strengths were high accuracy at close range and a good field-of-view (which minimized the number of set-ups) and it was less expensive than the Cyrax 2400 scanner, which it competed against for plant as-built applications.

At close range (less than 5m), these scanners provided the highest accuracy, but accuracy fell of rapidly with increasing range, so a practical maximum range for the longest range Mensi scanner was roughly 15m or so.

Based in France, the majority of Mensi’s early customers were in Europe. EDF had several Mensi scanners.

K²T – This spin-off from Carnegie Mellon University’s Robotics Lab­oratory was the first to offer a “phase-based” 3D laser scanner, meaning that point distance was determined by a phase-shift method rather than a time-of-flight method that Riegl, Cyra, and Mensi scanners used. The big, early advantage of this method was much higher scan speed—more than 100,000 points per second. I learned about this new scanner on the first day that I reported to my new job at start-up Cyra and pretty much freaked out—it was literally 100 times faster than Cyra’s scanner!

The scanner—SceneModeler aka Franklin scanner—was only on the market for about a year before the company switched to become Quantapoint, a scanning services-only company. A key reason for switching was that use of the scanner required additional, stringent eye safety precautions, which sharply limited sales. The scanner also had limited range, scan data was considered “noisy,” and it was not well suited to outdoor use. K²T also sold point cloud software, but again, the services company took this on as proprietary to themselves. The technology lent itself to architectural interiors and industrial plants.

Although K²T only sold scanners for a year, its scanner technology development eventually led to two other prominent scanner vendors that used the same basic phase-shift technology: German companies Z+F and iQvolution/iQsun, which was acquired by Faro in 2005. Z+F launched its first scanner in 2001 and iQsun launched its first scanner in 2003. Until those scanners were on the market, maximum scan speed for scanners-for-sale was Riegl’s 9,000 points/second. 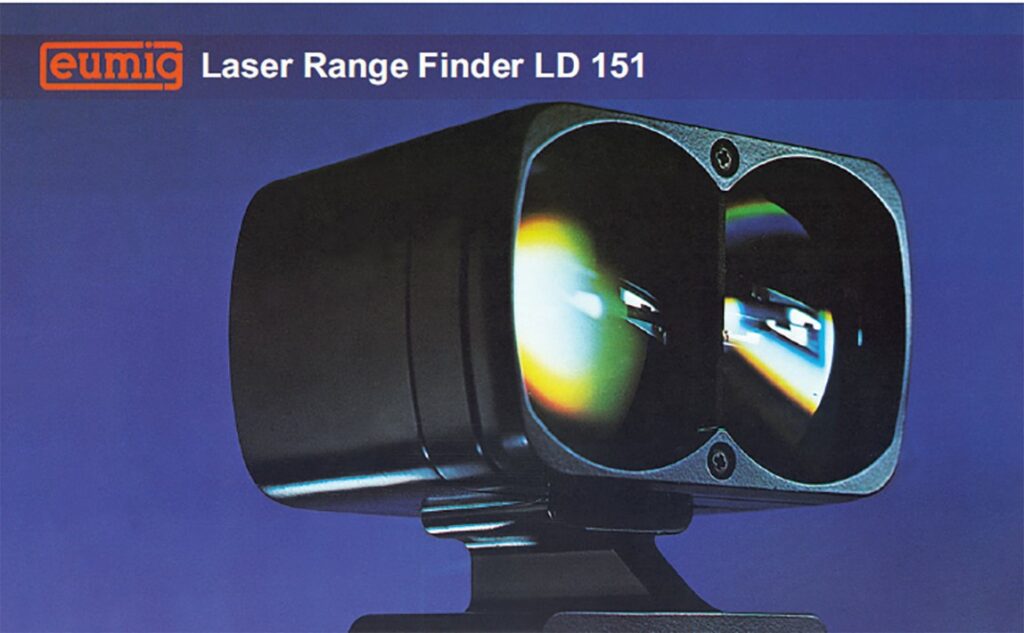 Riegl had a long history of developing rangefinders for various applications before developing its first 3D laser scanner in 1998. The Riegl rangefinder shown here is from the early 1970s.

It didn’t take long for the early competitive landscape to settle out. It was centered around vendors of laser scanners. There were no separate vendors of point cloud software as there are today. The only software that could handle the file size of 3D scanner point clouds was software provided by scanner vendors that also offered software.

Things shook out this way: Cyra and Mensi competed for users with shorter range, high-accuracy applications such as industrial plant as-builts, while Riegl was virtually alone in serving users with long-range applications, e.g., mapping terrain and open pit mines, that did not require high accuracy or dense scans. When Optech (Canada) entered the market with its ILRIS scanner in 2001, Optech and Riegl competed head-on for long-range applications in mining and terrain mapping for many years.

The versatility of Cyra’s products enabled Cyra to successfully penetrate service providers that wanted to address multiple types of applications. This segment quickly became the largest user base for 3D laser scanners. Once Cyra released its second-generation scanner (Cyrax 2500) and software (Cyclone) at the end of 2000 and Leica acquired Cyra in early 2001, Cyra/Leica shot out front of the competition in terms of annual scanner sales and number of customers. Cyra’s relative early competitive success helped eased some of my early worries and once Leica Geosystems acquired Cyra, I slept a lot better.

In January 2001, a survey trade magazine published the first-ever “3-D Laser Scanner Survey” with comparative features for scanners from Cyra (Cyrax 2500) and Riegl (LMS-Z210), plus 3rdTech (DeltaSphere-3000) and MetricVision (MV-200-25). Mensi scanners were not included, but they should have been. Neither the 3rdTech nor MetricVision scanner ever made it commercially as what are today considered 3D laser scanners.

Each of those main, early scanner and point cloud software vendors has, in one form or another, carried forward to today. Leica’s big presence today is obvious. Mensi was acquired by Trimble in 2003 and today Trimble offers both good scanners and versatile point cloud software. Riegl has grown steadily over the years, with a strong position in mobile/aerial products as well—the entire time remaining a private, family business.

As noted above, K²T’s breakthrough high-speed “phase-based” scanner technology was eventually used in Z+F and Faro (iQsun) scanners, both prominent current players in the market. Additional viable vendors of scanners and software have come into the market over time, but those original seeds all bore fruit—a tribute to each of the original, main entrants.

In my next (and likely final article) in this Early Days of 3D Scanning series, I’ll point out what I think have been the biggest milestone steps forward with the technology since those challenging early days. Each of those milestone steps has led the technology to where it is today—a fantastic solution for many everyday reality-capture applications.