Igor Kidinsky—known on this survey crew as Eager (The Kid)—carried the shovel and pick. Glenny Dale—known as Glutton (The Old Man)—carried the plans and metal detector. They had been looking for block corners and had found a mixture of old and new pins. Now they were looking for interior lot corners and came upon a fence.

At the end of this well built, tall, plank fence, about three lots from the corner, was an iron pipe. They both immediately felt relief knowing that there was monumentation in the ground they could use for their survey.

Then, at the same instant, they both saw a much newer plastic cap, approximately one foot away from the pipe, offline from the fence and nearly hidden by the sand. The two suddenly realized that their survey would be more complicated than they had thought about a second ago. 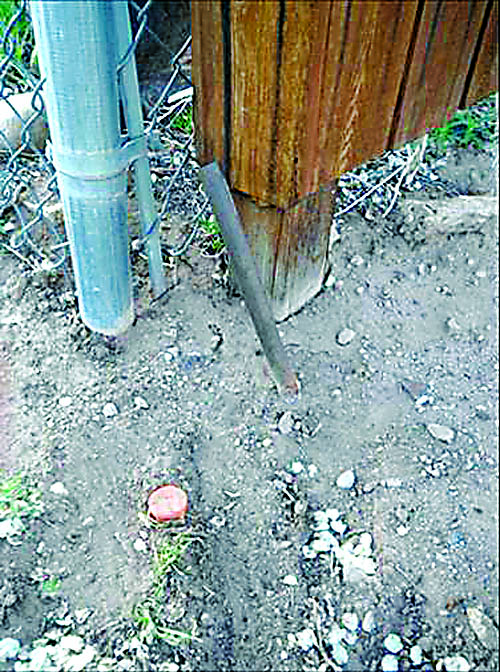 What The Kid and The Old Man found was a typical, complicating pincushion

“At least we have a recent, precise point to proportion from, better than nothing,” reasoned The Kid to himself.

“Oh, great. Now we have a perfect GPS point, done by a guy in the office who can’t find it in his heart to accept an old monument, ruining the whole block. There goes all the profit for this job,” whined The Old Man to the Great Surveyor in the Sky.

It was summer tourist season in this mountain town. The local shops on Main Street enjoyed an endless line of browsers, here to play in the huge parks and to boost the local economy, purchasing relics passed down straight from the wilderness pioneers who explored these parts not so long ago.

The survey crew stood out as locals—dressed nothing like the many visitors here to explore the mountain grandeur, but appropriately for exactly that: boots, hats, long pants, long-sleeve shirts, etc.

Glutton motioned with his chin to follow, and Eager (the Kid) did, curiously, around the corner and into an antique bookstore about three doors down. They squeezed their way through a crowd of book lovers and sat down on chairs in one of the back corners. The Kid assumed this was some sort of rest stop or micro nap.

“It’s about time you took a look at one of Hayden’s surveys,” The Old Man lectured.

“Are you talking about Edward Abby and Hayduke who destroyed survey stakes?” Eager retorted, hinting that he had already read The Monkey Wrench Gang.

“No, sir. You likely have not read any of Hayden’s atlases,” chortled The Old Man. He motioned for a store clerk and pointed to the corner of a locked glass case, then asked for the Hayden Atlas, buried way in the back.

Out came a large, old book, about 20” x 30”, and 2” thick, placed on the glass, in front of this survey crew, who did not look like antique book collectors.

“This is one of Hayden’s Atlases!” stated the senior surveyor to an astonished audience. “It was presented to Congress probably around 1877. It was drafted in pen by Ferdinand Hayden, surveyor, who made several of these books to cover all the Rocky Mountains, for Congress, who needed geological maps of the West. You can buy this copy for $5,000: a steal!” 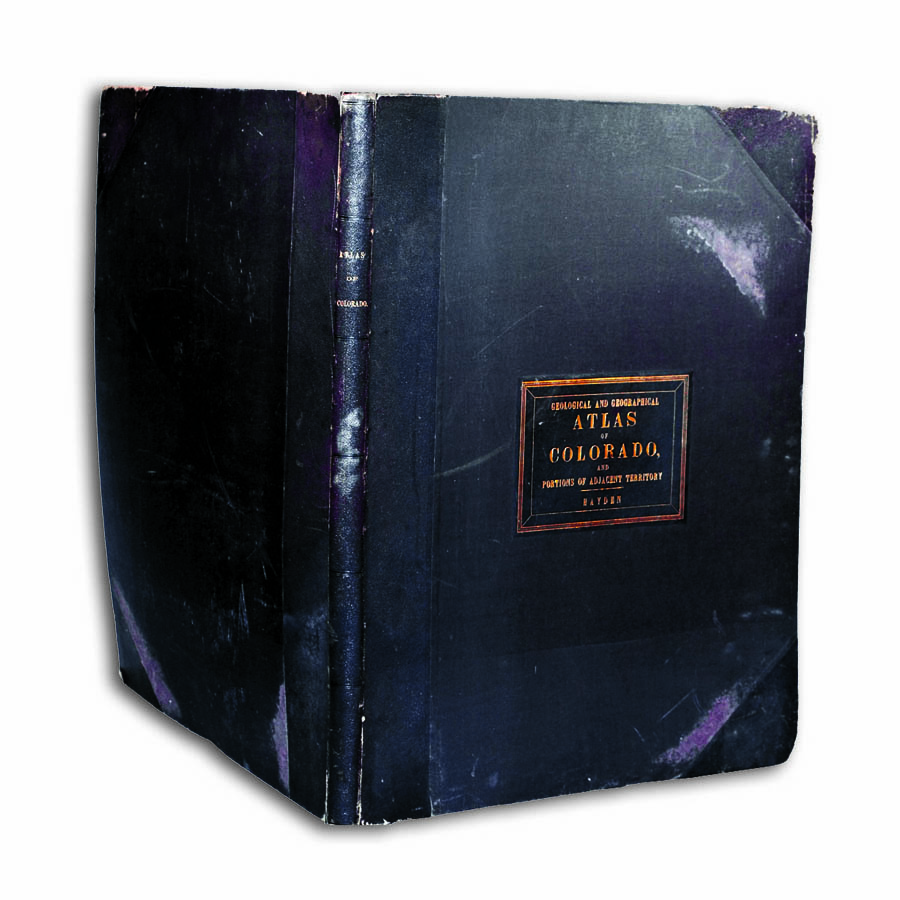 Geological and Geographical Atlas of Colorado, and Portions of Adjacent Territory, by Ferdinand Hayden

Glutton carefully opened the book and let his audience (gawking like a group of flatlanders at an Elk on the side of the road) marvel at the shear splendor of the maps made by Hayden. There were contour maps as beautiful as the mountains they replicated, covering many square miles of the Rockies, in this very volume.

The old surveyor flipped through a few pages and found the contours of the area where they now stood. There were old gold mines noted, accurately shown, now gone. There were no highways or airports, but even without many of the modern-day towns these observers could recognize their own region just by looking at the contour lines and a few named peaks and rivers as existed in 1875.

“Hayden didn’t have Autocad in the 1870s, or GPS, or anything electronic for that matter,” The Old Man said. “He climbed every mountaintop in the Rocky Mountains and triangulated with a transit to each peak he could see from that point. He hand-sketched the panorama he beheld from each of his transit stations. No button-pushing!

“A few years before this, he surveyed and mapped what is now Yellowstone, inspiring Congress to designate our first national park. Hayden is a great unknown in history. This surveyor’s work is at the foundation of the very story of America. America did not need or want these maps to be perfect. Hayden made great, useful, and accurate maps with the tools that he had. I have yet to see a better, more accurate, or more beautiful map ever drawn by man!”

After thanking the clerk, still speechless at the discovery of this book in his own store, The Kid stepped among the tourists outside, impressed with what he just learned. He and The Old Man had just decided that they would use that old pipe as their controlling monument. It might not be exact according to some office manager, but they were proud to be surveyors, like Hayden, and proud to be among the likes of one unknown surveyor who set that pipe long ago.