This entry is part 1 of 1 in the series Geobusiness

Nicholas makes the annual pilgrimage to GEO Business for xyHt

This blog is going to start with a short piece about skips. If you are afraid of skips (skips are what you’d call “dumpsters” across the Atlantic), turn away now ….

Monday morning and 24 hrs from the start of GEO Business 2017, I get a phone call from contractors who should be already removing the asbestos from the garage which my children play football against: “One of our guys is down sick, can we come tomorrow?”

As dedicated as I am to xyHt, I cannot let my children down and sadly agree to them coming Tuesday. I slowly watch the stream of tweets pass me by and realise that I missed an amazing day. Just one more job to do before my 5 am start for “GEO Business Wednesday,” and that is to move the skip which the contractors used so my wife can take the kids to school …

… I wake up at 5 am unable to move the left side of my body. I have pretty much torn every muscle in my left shoulder. This is how the day starts. 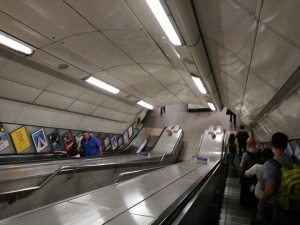 Upon arriving at GEO Business I pass the free magazine stands to see where the xyHt magazines are. I am shocked to see that they are right at the front—and completely empty! We sent two boxes of magazines, and they were gone within three hours, I am told. 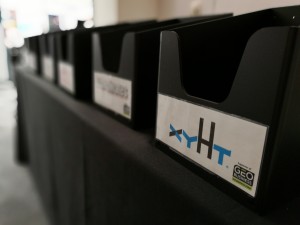 XyHt was ALL GONE!

Anyone and everyone from the world of survey, geospatial and spatial engineering are here, talking and interacting with one another. A great example of this is right by the entrance, where I found The Chartered Institution of Civil Engineering (ICES), The Association of Geographical Information (AGI), The Royal Institution of Chartered Surveyors (RICS), the Survey Association (TSA) and The Institution of Civil Engineers (ICE) all sharing a stand together with chairs and goodies, but most of all real, hands-on help to get things moving in the right direction. I think I may have stayed here a little too long as I started to discuss becoming a Chartered Engineer! 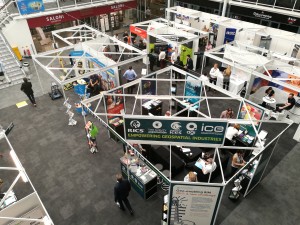 The education centre was awesome

Want to know about BIM? There were 12 free-to-attend meetings, five of which were focused around different elements of BIM. With only one day to cover the plethora of amazingness that was occurring all around me, it was hard to squeeze it all in. But squeeze it in I did! 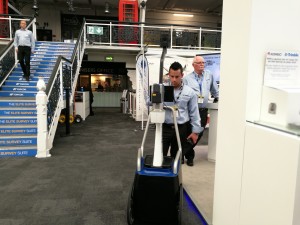 Head to head with a Autonomous Robot

Senceive announced their Nano and Nano+ wireless remote condition monitoring units. The miniature sensors are explicitly designed for the rail and construction sectors and can be installed in any orientation, therefore ideal for tunnels, bridges, buildings and on retaining walls. With reporting possible down to every 2 seconds, the Nano has a resolution of 0.0001° and repeatability of ±0.0005°. This is only complemented by a battery life of 5 years, making it the future of wireless tilt sensing.

The main story from Kaarta was their celebration of the Microsoft Indoor Localization Competition, for the second year running.

Using their Stencil mobile laserscanner, they were able to record 0.03m average localization error, compared with ground truth, over a space encompassing 600m². 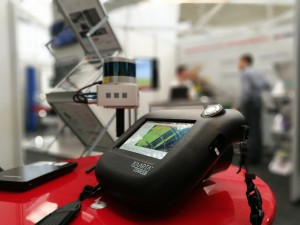 Rather than some pepperpot-shaped maniac shouting “EXTERMINATE!” (apologies to anyone who has not ever watched Doctor Who), TinyMobileRobots launched a mobile robot called TinySurveyor. Although it has been in operation for a couple of years with clients it was a first for GEO Business.

While it would normally take three people to do a layout, this robot does it, only needing one person to supervise (maybe to stop it from attacking nearby TARDIS—sorry, more Doctor Who references). Besides saving many man hours, this robot reduces the number of errors and takes workers away from hazardous environments. We’ll publish more about this in the near future. 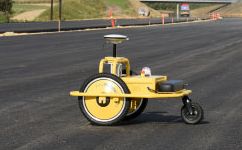 Storm, well known in the UK for their inshore survey, announced a game changer. They have invested in what they believe to be a world-first: a shallow water (350mm) multibeam boat which is pre-calibrated and therefore makes inshore survey affordable by reducing setup and calibration time.

The manufacturer of ultra-rugged field data collection solutions announced the release of its latest product, the Mesa 2 Rugged Tablet running on the Android operating system.

Simon Bowe, General Manager of Juniper Systems Limited, said, “We developed the Mesa 2 with Android to provide an alternative operating system option for customers seeking the reliability of the Mesa 2, with the added versatility and familiarity of Android”

Map makers and GIS professionals can now sign in to their ArcGIS Online account, view available data layers and import them directly into Adobe Illustrator, while maintaining all georeferencing, geospatial features and attributes, unlike Esri’s recent ArcGIS for Adobe Creative Cloud offering.

After celebrating a year of unprecedented growth, the GeoSLAM team brought the party to GEO Business. They also showcased their new real-time upgrade to the ZEB-REVO mobile mapping system.

The revised datalogger which is compatible with all existing standard REVOs, is able to undertake SLAM registration in real-time. The results can be displayed as they are captured, as the datalogger features integrated Wi-Fi and any browser-enabled device, such as a smart phone or tablet. that can be used to view the information. 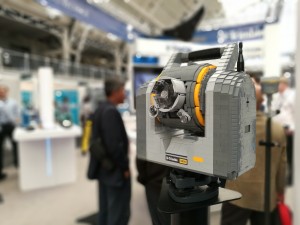 All the other big players like Topcon, Leica and Trimble were there demonstrating their latest kit. Obviously the new Trimble mobile dongle caught my eye. I had interesting chats on how that could be used to improve augmented reality applications, when, out of the blue Ordnance Survey showed me some of their R&D involving that exact technology. 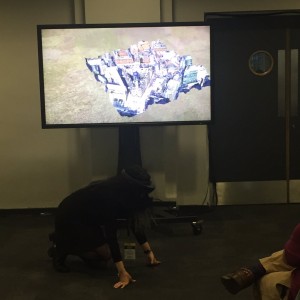 As the day came to an end, there was a sadness in my heart. This is one of the few events where all the sectors come together and have real discussions and make great plans. I for one have now agreed to getting my British Cartographic Society Fellowship and doing some more work with 3D Lasermapping—but more on that later, along with really interesting insights which were way too juicy to mention in a mere blog! 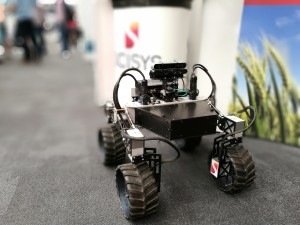