Editor’s note: In this year’s Outlook issue, we present trends in geospatial technologies and vision statements from key geospatial industry firms, but we also highlight smaller operations: the agile, tech-savvy, and talented practitioners and their teams. As the need for geospatial data and expertise grows, career paths and roles for geospatial professionals evolve.

It is not uncommon to find such small firms providing multi-disciplined services—surveying meets BIM, GIS meets engineering design, and more—we’ve been on the lookout for people who exemplify this new wave. The name Alex Grounds reached us from both Australia and the UK, so we met her in person for an interview.

When I met Alexandra (Alex) Grounds on a cool November day in London, I could see right away that she’s experienced and knowledgeable, but what struck me the most were her many references throughout the interview to “getting the work done properly the first time, even if it costs a little extra.”

It’s impossible not to warm to her work ethic of giving the client the very best and ensuring the job is done to the nth degree.

Having been a big laser scan-fan from her initial exposure to an MDL scanner at the turn of the millennium, Grounds built her BIM expertise and geospatial knowledge so she could be one of the first to offer “scan to BIM” product.

In the past, the gap between the survey and design professions often stood as an impediment to the application of BIM, but Grounds takes it all in stride and explains that success is about how you approach the project. She asserts that almost all project elements are geospatial; therefore, the central focus should be the geospatial component.

You need look at only some of the projects Grounds has won to see how respected her company has become. For example, Grounds Associates Ltd worked with Transport for London on the Bank Tube station and was resident engineer on a project to turn the London Olympic Stadium back to a soccer stadium. 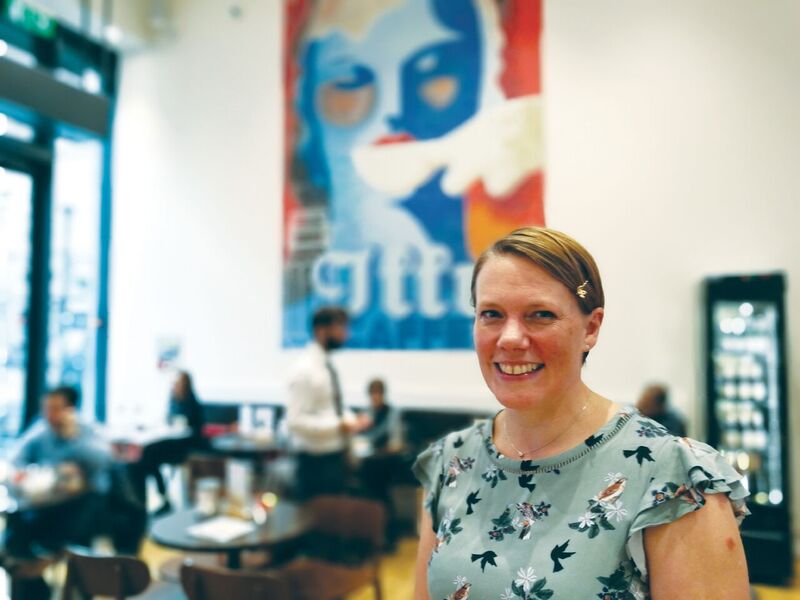 Grounds earned her bachelor’s of engineering (with honors) in civil engineering/surveying from Nottingham Trent University, then studied for her master’s in business administration at Hertfordshire University.

An avid photographer, Grounds also does a lot of 360° imaging and has developed creative practices for agile project mobilization, with a “have-scanner-will-travel” attitude. She joined Mouchel Group (now called WSP Global) back in 1996 as a land and engineering surveyor, where she earned praise for her leadership in projects such as the station surveys for the London Underground. Grounds had found her calling and quickly climbed up the ladder. In 2005, she became a geomatics manager.

It hasn’t always been easy, though. Grounds points out that the survey world is quite male-centric.

She recalls how managing the day-to-day running of the land survey unit of the Welwyn Garden City office was problematic with so many males eager to fight for promotion. You don’t get good at something without taking a few knocks, and Grounds kept her head down and obtained a role as technical development manager, which entailed managing complex civil-engineering/surveying projects.

In 2010, Grounds set up Grounds Associates Ltd so that she could escape the internal workplace competition and focus on providing quality work and on BIM and geo-spatial, something that was not prevalent at her previous position.

Grounds says that sexism in the industry has made her work harder, and she’s had to be more resilient in the face of problems and doubts others might have about her.

Her company thrives on quality and flexibility, something that many of the “big boys” have to compromise on. Because it’s a small company, it’s able to escalate itself rapidly, sourcing people in when required so that it can handle large projects like the Olympic Stadium, while also being cost-effective and lean for small jobs.

Grounds is becoming well known in the geospatial community, both in the UK and internationally, for her tech evangelism. As well as serving by example, Grounds is involved in various professional organizations and geospatial outreach initiatives promoting BIM, scanning, and civil engineering/surveying through multiple mediums. 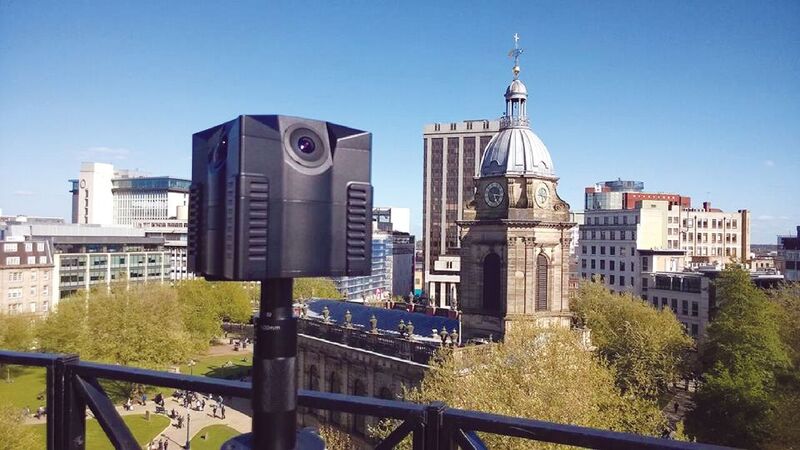 Grounds uses an iStar Fusion 360° camera to capture a scene in London.