This entry is part 4 of 8 in the series January 2014
Arizona was made a separate surveying district on July 11, 1870.  It was a momentous occasion for the young territory.  Governor Anson P. K. Safford, newly appointed after his stint as surveyor general of Nevada, recommended his Nevada friend, newspaperman John Wasson, for the new position.

At his side in the recommendation of Wasson were congressman Thomas Fitch and U.S. senator William Stewart, who was also the acknowledged head of the republican party in Nevada.  All were stalwart supporters of President U.S. Grant and organizers of the party in Nevada. They also had an ally in congressional delegate Richard McCormick of Arizona. Like all such appointments, it was highly political.

John Wasson was a veteran newspaperman used to the rough and tumble of the western press.  This was also the age of such notable writers as Mark Twain and Bret Harte. Although accounts vary, John Wasson and his brother Joseph arrived in Idaho in 1865 (some said 1864) and began the Owyhee Avalanche, the first newspaper in the newly created county of the same name and published in Silver City.  Like many towns on the wild western frontier, it was a mining town, in the rugged mountains of southern Idaho.  Prior to this venture with his brother, Joe Wasson had served on the Boise News under the supervision of Thomas J. Butler. Butler’s contacts in the highly competitive newspaper business of Idaho and the other western territories were invaluable to the Wassons. The brothers’ staunch support of the Republican Party also opened many doors in the era of Reconstruction.  As a founding member of the Masonic Lodge in Silver City, he also made many important and influential contacts. 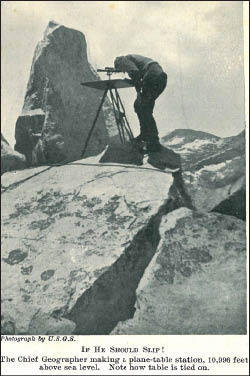 John Wasson was soon appointed to local political posts, including registry agent in the newly created Elko County, Nevada. The brothers were also founders of the Winnemucca Argent (today in Humboldt County, Nevada). While in Idaho in 1867, John Wasson followed along with and reported on the Indian campaign of general George Crook, who would later figure mightily in the history of Arizona.The creation of Nevada as a new state opened up many new opportunities for an ambitious man like John Wasson. Exactly when he met and became friends with Anson Safford is unknown at present, but it was this Nevada connection that led him to Arizona in 1870.  No doubt the relationship had its origins in the politics of the day, as the Wassons were staunch Republicans, as was Safford after he left California for the wilds of Nevada in the early 1860s.

It is not amiss here to note that John Wasson was also known for his promotion of mining interests in both Idaho (where he sent samples back east) and in Nevada.  He would continue this support as surveyor general of Arizona.  It is probable that his promotion of mining interests is what attracted him to Senator Stewart, whose mining laws, passed in 1866 and amended in the early 1870s, still form the foundation of current mining laws in the western United States.  Safford, too, was extremely interested in mining and often acted as advance man for Stewart, senators Nye and Jones of Nevada, and Congressman Fitch, the “Silver-tongued Orator of the West.”As a banker after his days as governor, Safford was involved with the Tombstone strike of 1879 and interested influential eastern industrialists in forming the Tombstone Milling and Mining Company, the most prosperous of the mining companies in Tombstone.  Safford’s influence, along with that of his office-holding friends, is what got Wasson the job as surveyor general. 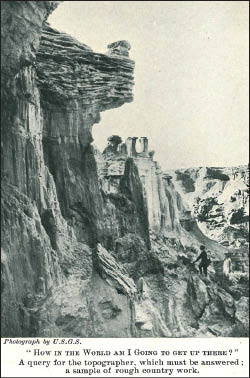 To say that John Wasson was welcomed with open arms into Arizona Territory would be a slight misstatement of fact.  Known for his strong republican ties and his close association with Governor Safford, Wasson was greeted somewhat harshly by the opposition press, especially the Arizona Weekly Star and the Arizona Miner.  According to the Star, “It is generally admitted by all of our intelligent citizens that John Wasson, U. S. Surveyor General, is utterly incompetent and in every way unfit to fill the office he now holds.”  The Miner had the following to say:  “Arizona is ‘blessed’ with a Surveyor General – in the person of ‘General’ John Wasson – who is never likely to say as Robinson Crusoe is accused of having said – ‘I am Monarch of all I survey’ – Cause – General Wasson don’t know enough about surveying to measure a cord of wood; but he can carry dirty water on both shoulders; grease a wagon-wheel, throw dirt and steal original matter from a last year’s almanac.”  The same paper also referred to Wasson as “McCormick’s dog-robber.”  It did not help Wasson’s surveying reputation among the press corps that, shortly after he took office, he became the editor of the McCormick-owned Arizona Citizen, based in Tucson, not Prescott. (The rivalry between the two towns for the territorial seat of government was intense and often heated in the politics of the day.)  Thus, while taking on the job of surveyor general, he also was the editor of one of the most important newspapers in the territory, one associated with the McCormick-Safford faction often called the “Tucson Ring.”The rough and tumble politics of territorial Arizona were nothing compared to the reality of nearly constant Indian warfare.  The various Apache tribal units (there was never a unified Apache nation as some believe) frequently raided and destroyed homes, stage-coaches, trading posts, etc. and made life uncertain for all.  The United States Army, greatly reduced and untrained for frontier warfare, had a difficult time trying to control the Apaches, and this delayed the surveying and settlement of the territory.  The U.S. Government did not have a stable policy toward the Native Americans in Arizona or elsewhere.  The attempt to suppress the Apaches in the early years of Wasson’s tenure was utter failure, and General Kautz was dismissed as a result (included in the furor was the voice of the Arizona Citizen). Through the influence of Safford, Stewart, and possibly Wasson, general George Crook was given command, and the tide soon began to turn. Stewart, Nye, and Fitch pushed their colleagues in Congress to increase the budget for the surveying of Arizona from a measly $5,000 to $10,000 and to include an additional geological survey for $5,000.  When compared to other surveyors general’s budgets, this was paltry indeed. He was fortunate in securing the services of deputy surveyor Theodore F. White and Daniel Mitchell (surveyor of mining claims out of Prescott).  Keeping his men safe and secure and paid on time was not an easy task with such a small budget.Part two explores the particular difficulties of surveying in Arizona, Wasson’s role in promoting the territory and handling land grant claims, and his post-retirement achievements.