Every year towards the end of May, Esri UK, the UK distributer for Esri software, holds a user conference across the road from Westminster, the home of the UK parliament (when I was there I even got to see Jacob Reese Mogg). It’s held at the QE2 centre, and there are amazing views from the fifth floor which allow you to see the Coca Cola Eye, the Thames, the Shard, Westminster Abbey, the houses of parliament, and Waterloo Station … although I wasn’t there for the views. 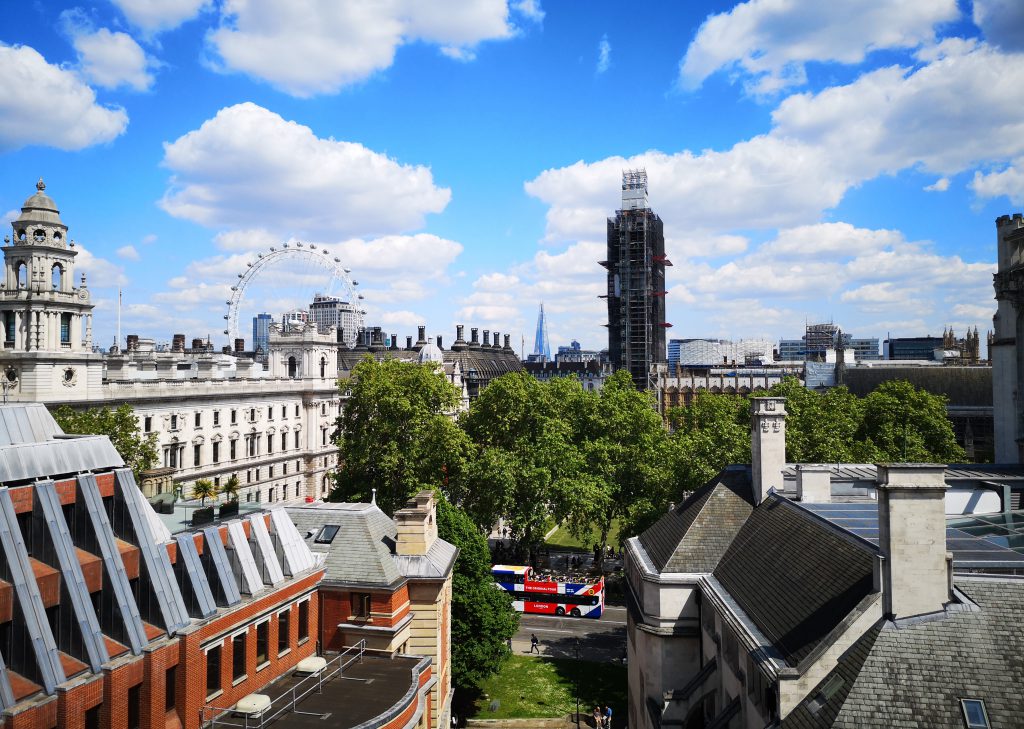 The view from the 5th floor of the QE2 Conference Centre.

From all over the UK, over 4,000 people descend on the QE2 centre for the event that’s held across five floors of the building. The event is a single day that starts off at 9:30am and crams in both an opening and a closing plenary as well as training and use-case tracks, and also a small expo.

As good as the opening plenary was, it wasn’t an epic Jack Dangermond whirl through all that’s new. Instead it cleverly intertwines a unique business use case highlighting all the different tools from the Esri suite that are being used. This year was about UK’s most popular zoo, Chester Zoo, and they had used the Esri suite to not only track the way their staff and visitors were moving around the site to provide efficiencies, but they also implemented machine learning to identify animals and track their movement. 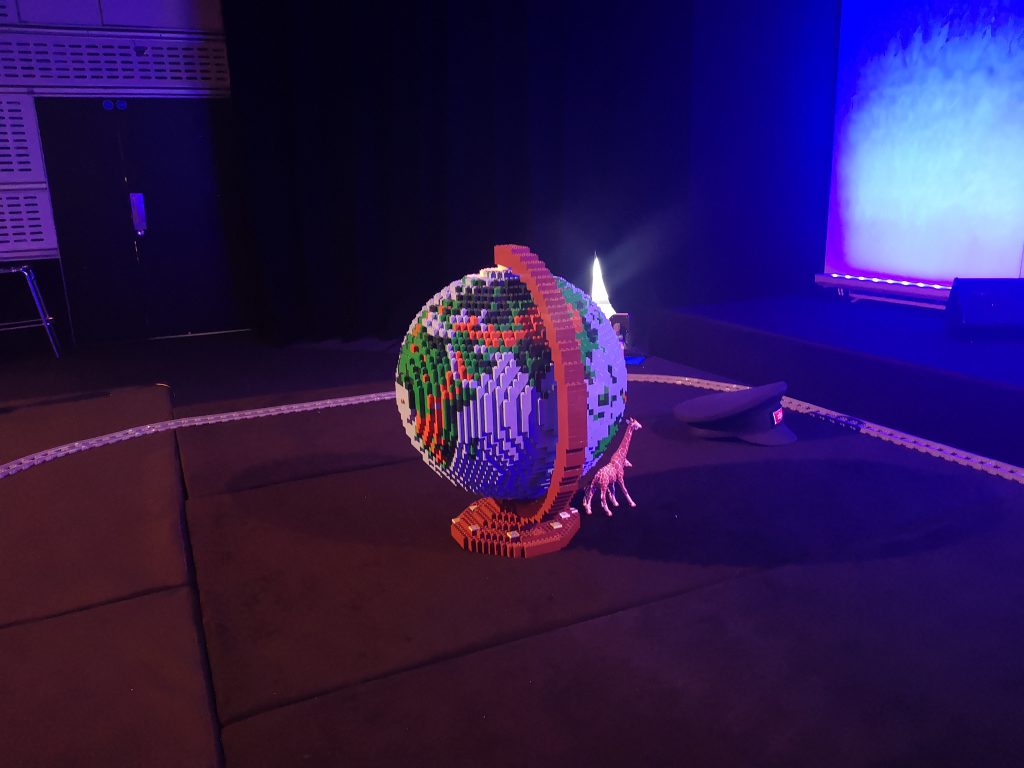 This is the first time I have seen a mature “out of the box” machine learning tool. Many I’ve seen up until now require a bit of learning or are expensive, but the tools provided with the Esri software are ready to use, and, like many of their tools, you don’t need years of experience to get great results quickly (okay, the image training may take a little while!).

In a live demonstration, they used a Lego train with a camera in front which went around a circular route; at certain times they would place a toy animal where the camera could catch it, and you could see in realtime that the camera had spotted it by a rectangle being placed around it. That isn’t all though: as the animal was picked up, the screen also showed which animal it was and then the geospatial location of that animal was placed on a map.

It really makes you think about the wider implications of how this could be used for automatically getting traffic counts or identifying and catching the locations of endangered wildlife, as well as being able to create real-world reference points based on recognized locations. 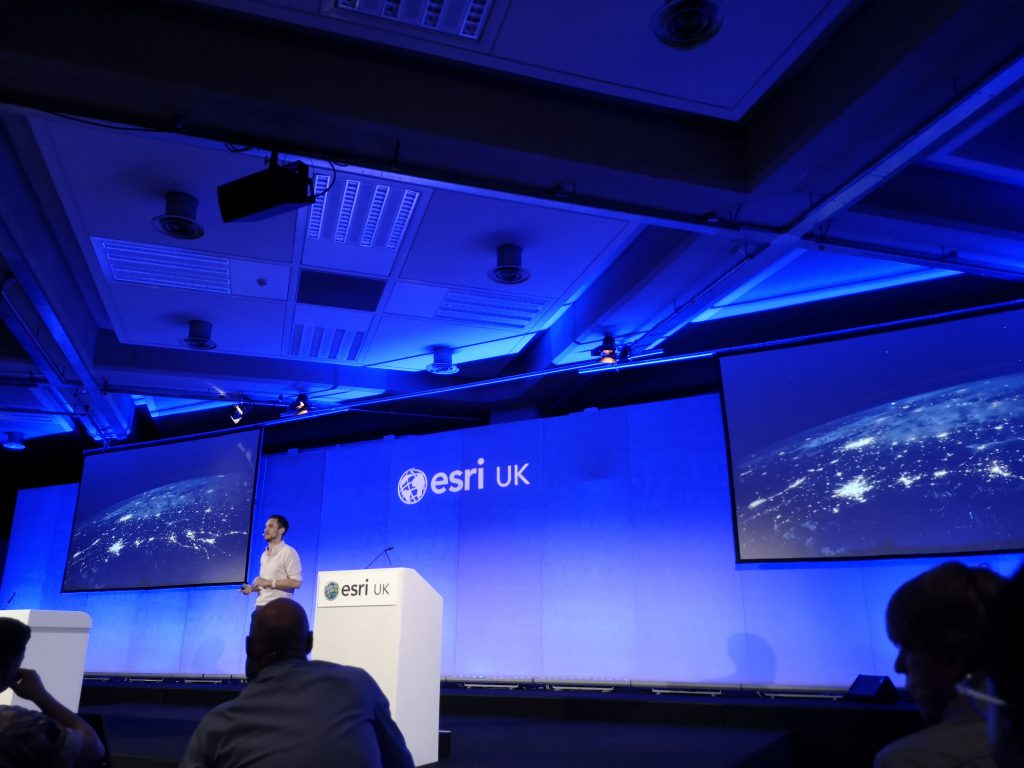 My favorite plenary talk was by Professor Crowther of Crowther Labs who has been using Esri technology to analyze and assess ecology to see if we can find a natural solution to global warming. The amazing answer is yes! At present we throw around 10 GIGATONNES of carbon a YEAR into the atmosphere which has an estimated 300GT of carbon up there at present. Crowther Labs has been analyzing the number of trees and soil types to find that trees are our best way to save the planet.

We could offset 100GT of carbon by restoring all the trees we’ve removed. Furthermore, by restoring the soil, we could offset a further 100GT (soil is just as important for removing carbon). There is hope for us yet—it just needs GIS and a lot of trees!

Unlike from a few years ago, there weren’t any talks about 3D GIS or even how amazing ArcGIS Pro was. It was mostly about the real use cases and how the suite could be used in many different ways.

The closing plenary had Dallas Campbell talk about the Earth from space, which gave a brief history on how seeing the blue marble as a whole has changed our perception as humans. A fantastic talk and a great speaker.

To wrap up, CTO Charles Kennelly gave a timeline of Esri over the last 50 years, but in a great twist, he added to the timeline his own predictions. Some were spot on, others were way off, but on the whole it was a lot of fun. Why isn’t the a public holiday here yet for GIS day that Charles predicted? 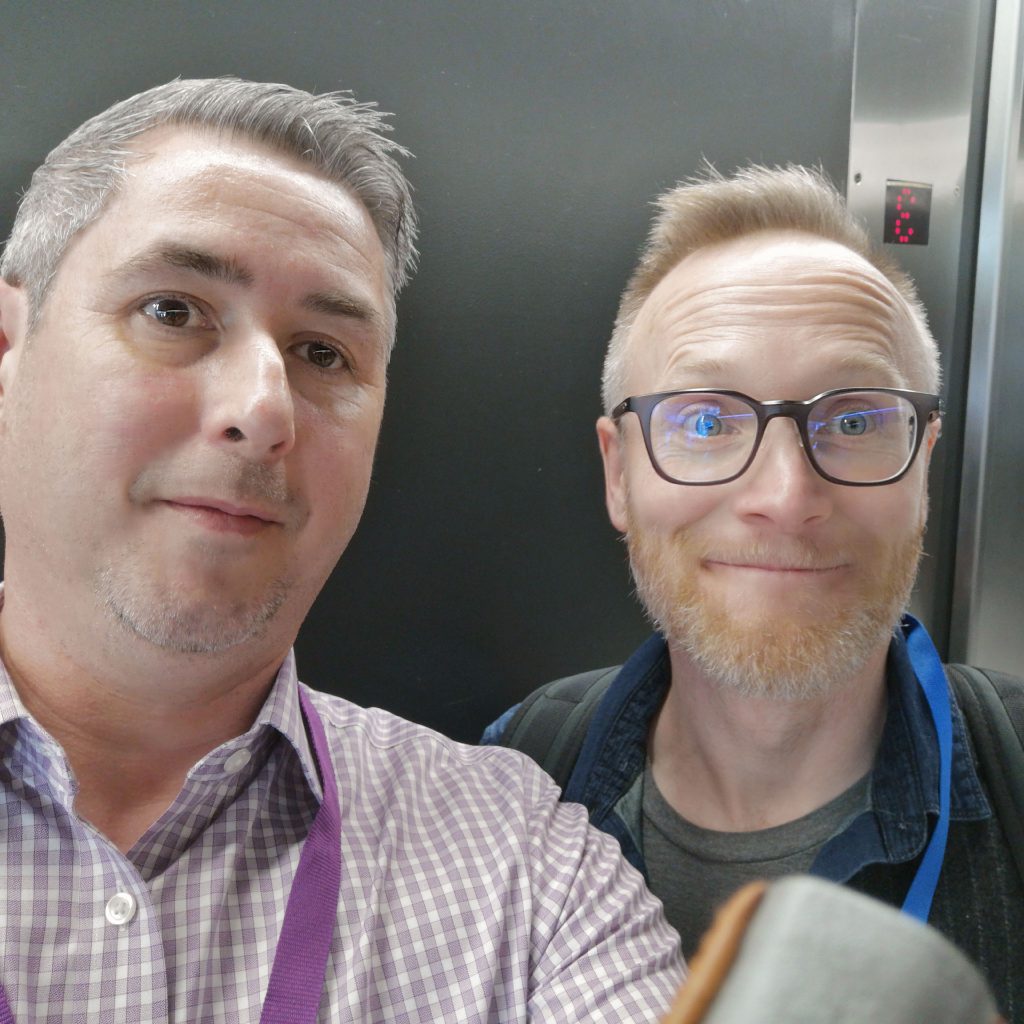 Catching up with Esri cartographer, John Nelson, over to teach us Brits how to make maps.

At the Esri UK conference are free geobeers after the event, and when they’ve run dry everyone meets up in a local pub to have more geobeers, I don’t know many events like it, but it is a fantastic social experience and always a chance to make new friends….or reunite with old ones.