Reliable geospatial data used to be hard to find and expensive. But thanks to the profusion of online data repositories, it’s now at our fingertips for free.

It is telling that one of the first websites where mapmakers can have access to free satellite imagery was created 21 years ago. The Global Visualization Viewer (GloVis) was launched by the U.S. Geological Survey (USGS) in 2001 at a time when the Internet was still young, slow, and dial-up.

Yet it was also a period when there was a growing demand for the sharing of free information. Similar to the open online encyclopedia Wikipedia, which also began that year, GloVis is a product of those digital heydays. And yet, when most of its web peers have already folded up, surprisingly both sites are still up and running.

For many of its loyal users, GloVis’s free service remains timeless. But it was not originally designed that way. Users had to pay fees to download the satellite imagery they wanted, this despite the tedious process and snail-paced connection. 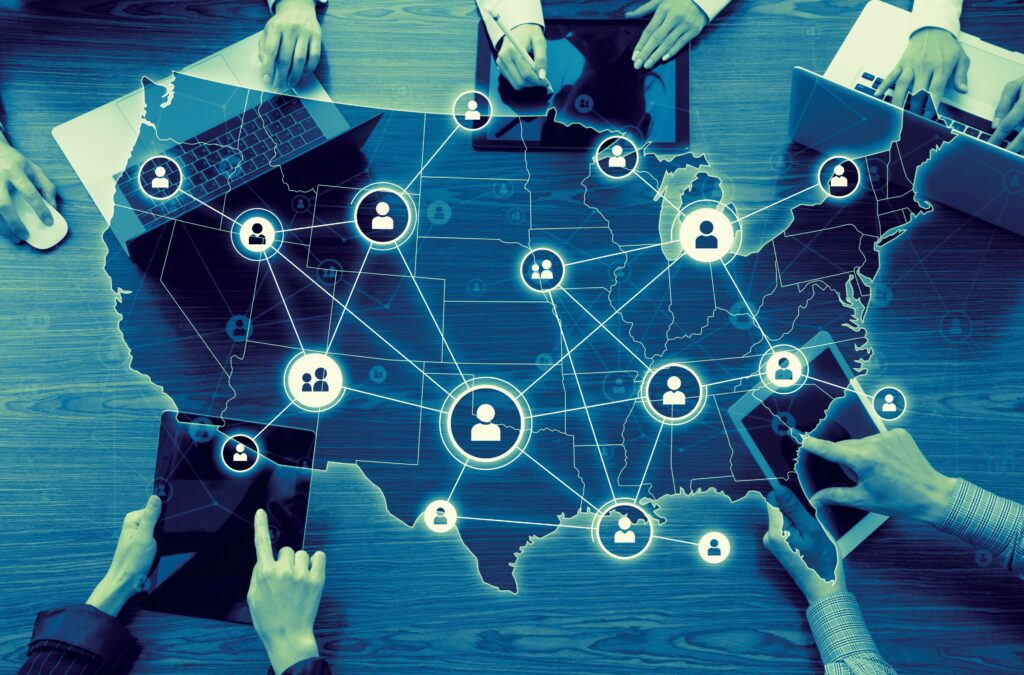 Free geospatial repositories rely not only on continued user demand, but also their contributions.

But a change in policy in 2008, specially on the availability of Landsat images, the most popular satellite imagery at that time, was the game-changer. When the USGS decided to make Landsat data free to use, “nearly one million images were downloaded in 2009 during the first full year of its open access,” according to a study by Zhe Zhu and his colleagues. Before that, annual downloads reached only a few paltry thousands. By 2017, it reached beyond 15 million.

Call it a moonshot on the part of the USGS to create an online repository to offer its geospatial data on the house. Years later that move has proven to be remarkably prescient. The number of downloads of free geospatial data continue to rise annually, plus there are now more GloVis-like sites or even better alternatives.

These days, anyone with Internet access can instantly download just about any geospatial data, from spaghetti-like vector geometries to rainbow-colored raster imagery, all free.

Offering unrestricted geospatial data is, apparently, also good for the bottom line. A study by John Loomis and colleagues estimated that the annual benefit to users of free Landsat imagery in the U.S. in 2011 reached $1.8 billion. And that does not yet include the other economically valuable geospatial data that are already open for public use, such as the GPS for better navigation and weather data for improved forecasting. 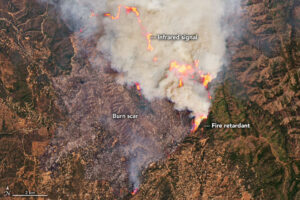 Countless companies and jobs have been created as a result of freeing these data that according to the World Geospatial Industry Council, an association of geo-information companies, the global geospatial industry was estimated to be worth $439.2 billion in 2020.

In our modern economy, where data is changing how enterprises create value, we at the geospatial sector should consider ourselves fortunate to have been early adopters of making access to mapping data gratis. These days, it’s a good time to be a mapmaker.

Not only are there more technologically advanced mapping tools within easy reach on our desks, but we are also spoiled for choice when it comes to unlimited access to geospatial data. From free software to free data, undoubtedly the geospatial industry’s favorite F-word is free.

Here are some of the best geospatial data repositories offering freebies:

Often confused with GloVis because of their almost similar interfaces, Earth Explorer (www.earthexplorer.usgs.gov) is one of the most reliable go-to web sites for free satellite data. Also managed by the USGS, Earth Explorer offers not just historical and up-to-date Landsat and remote sensing data from other satellites, but it also provides high-resolution orthoimagery or aerial photographs from its huge archives.

Its current base map uses Leaflet, but the rest of the user interface has remained mostly unchanged for years, although it surely has become faster to search and browse. And if you have been a loyal GloVis user, you are certainly aware that your login credentials can also be used to access Earth Explorer as well as other USGS data repositories.

The best feature of Earth Explorer right now is its Bulk Download Application (BDA) tool that allows its users to grab huge quantities of satellite imagery. At this age of Big Data, the BDA tool is a welcome addition to Earth Explorer’s already reliable list of services.

In Europe, when its Earth observation program called Copernicus became fully operational in 2014, Europeans knew they had a lot of catching up to do. NASA’s Landsat has been acquiring satellite imagery of Earth since 1972, and matching that legacy meant that Europeans must launch newer satellites with better imaging payloads. And they did just that with the Sentinel satellites, eight of which have already been launched. Sentinel satellites collect not just spectral information of the Earth’s land, ocean, and atmosphere but also provide powerful radar imaging that can map in all weather conditions, day or night. 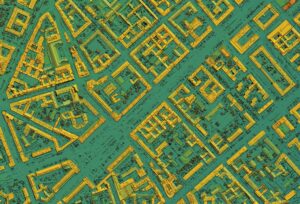 Lidar imagery, which is often expensive, can also be made open and freely shared.

Anyone can access these impressive Sentinel data back on Earth using the Copernicus Open access Hub (www.scihub.copernicus.eu). Compared to GloVis and Earth Explorer, the Copernicus Hub’s graphical user interface is uncluttered and straightforward. Users looking for Sentinel data can simply use a mouse and draw a polygon over an area of interest.

More advanced users can use text search and Application Programming Interface (API) scripts. All the same, the results are sorted by sensing period (or date) and by type of satellite platform. Look forward to the availability of Sentinel-6 satellite data in the coming months as it contains the most precise mapping data on sea level ever made available to the public.

For mapmakers who prefer not to download geospatial data to their desktop computers and instead opt to create and analyze maps on the cloud, there are also other repositories. EO Browser (www.apps.sentinel-hub.com/eo-browser/), for example, contains full-resolution images from the Sentinel program as well as archives from Landsat, MODIS, Proba-V, and Envisat satellites. Data processing can be done on the fly to create mosaics and calculate indices, such as the Normalized Difference Vegetation Index (NDVI) and land-surface temperature (LST).

A similar and more powerful cloud-mapping service is Google Earth Engine (www.earthengine.google.com). It has a multi-petabyte catalog of geospatial datasets, and the speed and scale of its analytical cloud computing capabilities are simply unbeatable.

Both platforms offer free mapping capabilities, but only up to a certain point. Pricing for maps with commercial end use will depend on the type of analysis required (EO Browser) or storage needed (Google Earth Engine).

At a time when access to publicly-funded mapping datasets in the U.K. was not yet free and widespread, Steve Coast created a volunteer-based mapping initiative in 2004 and named it OpenStreetMap (OSM). Now run by the OpenStreetMap Foundation, an international not-for-profit organization, OSM’s organic growth has been exponential as more and more volunteer mappers add and edit maps from the comfort of their homes. For instance, during the last quarter of 2021 there were more than 4 million map changes per day. Due to its importance, this list will not be complete without OpenStreetMap (https://www.openstreetmap.org). 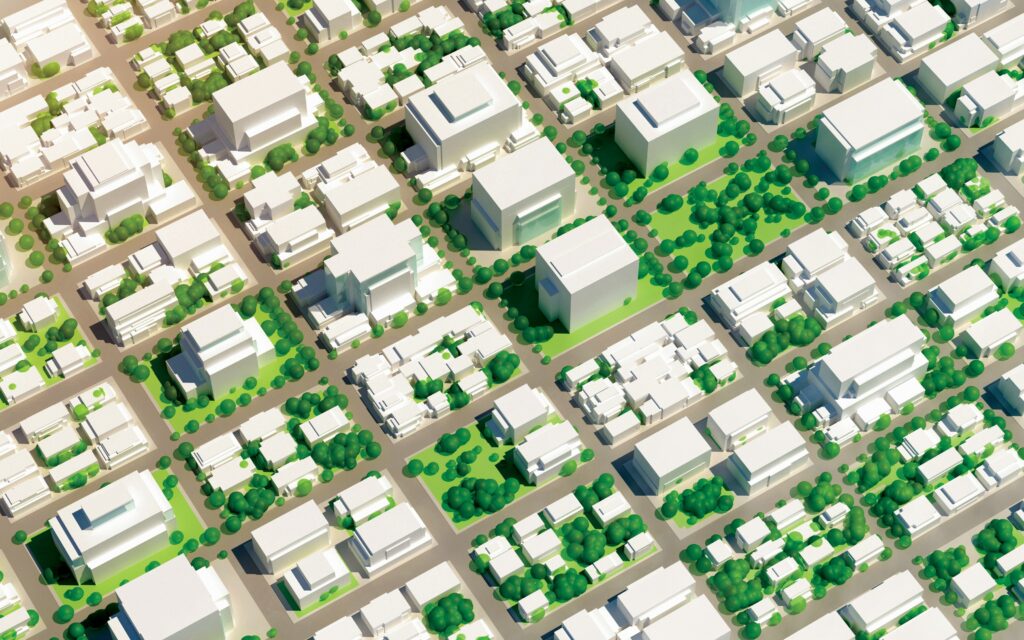 Anyone who wants to access OSM’s free mapping data can do it directly via its website, or by using dedicated third-party APIs to download the map files in manageable chunks. OSM’s enormous mapping dataset has proven useful many times, especially during events of natural calamities, as in the case of the earthquakes in Haiti (2010) and Nepal (2015). More recently during the first wave of the pandemic in 2020, OSM topped more than 6.5 million registered users who were either creating or updating maps.

Perhaps recognizing OSM’s utility, many big commercial companies, such as Yahoo and Bing Maps, have provided their aerial imageries so that OSM’s volunteer mappers can trace more unmapped areas around the world. While Facebook, another online platform that relies on social interaction, is now using OSM data as its base-map interface, a clear signal of the importance of free and crowdsourced mapping datasets.

And for high-resolution and lidar-based topographic maps, there’s the OpenTopography facility (www.portal.opentopography.org), with data mostly concentrated in the U.S. and New Zealand, for now.

As for mapmakers who need images closer to the ground, OpenAerialMap (www.map.openaerialmap.org), an open platform for images taken by uncrewed aerial vehicles (UAV), is a great option. Its interactive grid is intuitive, so accessing UAV imagery contributed by users from around the world is quite simple.

And with the rising popularity of virtual 3D city models, mapmakers can also create their own digital cities using the collection of open datasets compiled by researchers from the Delft University of Technology (www.3d.bk.tudelft.nl/opendata/opencities).

It takes a village

The upshot of the rise of these open geospatial data platforms is definitely positive, not just in terms of economic rewards for the geospatial industry. In the short term, we already see the benefits of free geospatial data to our daily lives, from faster deliveries of online shopped items, to better town and city management.

But in the long term, the availability of a global-scale open mapping data can also help us find smarter ways to adapt to the challenges of climate change. For example, forest fires, floods, and droughts around the world are all monitored using satellites imagery.

Yet open geospatial platforms can survive only when there is support, financial and otherwise. Government and private funds are important to drive space-bound programs, but so, too, are crowdsourced data contributions. Sustaining a global group of geospatial data collectors and users will ensure that a wide range of open datasets will remain free and accessible.

Like GloVis and OpenStreetMap, the longevity of free data repositories will depend on the continued use and participation of its users. An active community of mapmakers is still essential.