Throughout January and February xyHt.com is featuring young geospatial professionals who are making a name for themselves in everything from surveying to geographic information systems. xyHt featured all of them in the January issue. Here we will spotlight one each day. 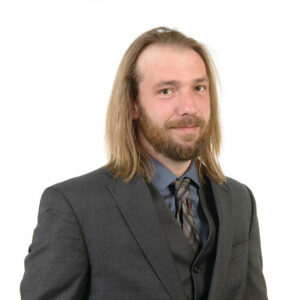 Biography: Denver serves as director of the Oklahoma Society of Land Surveyors District 6. He is an expert in riparian boundary surveys, GIS, as well as a certified remote pilot.

At Crafton Tull, where he was one of the youngest to ever be named vice president, he leads the surveying team in the firm’s Oklahoma City office. His start in surveying came early, as he spent his days after school watching his mother draft. He began his own surveying career in 2009 as a rodman, and by the age of 25 he had his first surveying license. He is now licensed in seven states and works on a variety of project types, including residential developments, public infrastructure, and oil and gas.

Denver also serves as president of NSPS Young Surveyors. He became involved in networking for young survey professionals because he enjoys connecting people and helping them build successful careers. He hopes to continually attract talent to the industry in Oklahoma by sharing why surveying is a crucially important and fulfilling career.