While easements are often treated as the ‘poor relations’ of property rights, the ‘Profit a Prendre’ often seems a mere afterthought by courts. Yet these rights are common and can be the subject of property disputes. 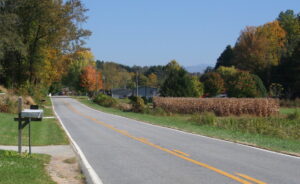 It is an interest in land; a ‘profit to take’ products from the soil. Variations can include the right to hunt, take timber, to raise and harvest crops, or to acquire minerals — whether gaseous, liquid or solid. Profits sometimes are created inadvertently under the guise of a lease agreement or may be confused with easements.

Surveyors may be required to define the limits of a profit associated with rights to timber, quarries, or other mining or drilling operations. 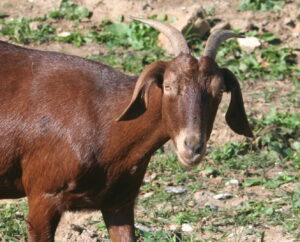 The right to harvest timber (above photo), grow crops or raise livestock can all be considered profits a prendre.

Both profits and easements are considered ‘servitudes’ and have been susceptible to creation by grant or prescription since the time of Bracton, circa 1250 AD. More recently, various state courts have considered the distinction between affirmative easements and profits.

Is a Profit an Easement?

Courts nationwide disagree on whether a ‘profit’ is an easement, a variation of an easement, or a separate right similar to an easement. A majority of modern courts recognize that profits occupy their own unique niche, but a minority have included profits within the broader category of easements. The next two examples are typical of the majority position.

In Anderson v. Gipson [2], the Texas court notes both similarities and differences between easements and profits. This case also considers the right to flowing water — whether on or adjacent to the land — as an incidental right to property ownership rather than a product of the land In an additional twist, the court draws a distinction between the right to take water and the right to harvest ice: “The right to profits, denominated ‘profit a prendre,’ consists of a right to take a part of the soil or produce of the land, in which there is a supposable value. It is, therefore, distinguishable from an easement, since one of the features of an easement is the absence of all right to participate in the profits of the soil charged with such easement. Moreover, a profit a prendre may exist independently without connection with, or being appendant to, other property. In this respect such a right is comparable to an easement in gross, but quite distinct from an appurtenant easement.

… Flowing water, a right to the use of which the owner of the subjacent soil possesses, is not considered a product of the soil. Therefore, a right to take such water is an easement. A right to take ice, however, is sometimes regarded as a profit.”

Courts following this majority stance tend to rely on American Jurisprudence and Tiffany on Real Property for authority.

The Ohio court is one of several that concludes that a profit is an easement, as seen in Hunker v. Whiteacre-Greer [3]. In his concurring statement, Judge Waite cites Restatement of the Law 3d, Property (2000) 12, Section 1.2 for authority. Most states following this minority stance quote some version of this series of legal treatises. A similar stance — based on a similar source — is found in the Wisconsin court in Figliuzzi v. Carcajou [4].

Can a Profit be Abandoned?

The California court is one of several that sees no significant distinction between easements and profits. This conclusion leads them to the corollary that a profit can be abandoned in the same manner as is applicable to easements: “We shall point out that Abrams and Brandt conveyed to the corporations the exclusive and perpetual privilege of drilling for oil and gas. Under California law we classify such an interest as a profit a prendre, an incorporeal hereditament. We then explain that profits a prendre are essentially indistinguishable from easements and, thus, like easements and other incorporeal hereditaments they can be abandoned.” [5]

Other Characteristics of Profits

Robbins v. Mason County Title [6] provides a detailed analysis of easements and profits in a difficult dispute over treaty rights to harvest shellfish from tidelands in Washington. Judge Bjorgen observes that the rights of the Squaxin Island Tribe were not granted to the tribe, but rather were rights retained by its members by terms of the treaty. While aboriginal rights are not always amenable to categorization under English law, some of these servitudes were analogous to easements for access, while others were more closely related to profits.

While recognizing that the broader category of ‘servitude’ can encompass easements, profits and covenants, the Washington court also recognizes distinctions between them and includes its own definition of a profit:

“A profit à prendre has been described as ‘a right to take something off another person’s land.’ This is too wide; the thing taken must be something taken out of the soil, i.e., it must be either the soil, the natural produce thereof, or the wild animals existing on it; and the thing taken must at the time of taking be susceptible of ownership. A right to ‘hawk, hunt, fish, and fowl’ may thus exist as a profit, for this gives the right to take creatures living on the soil which, when killed, are capable of being owned. But a right to take water from a spring or a pump, or the right to water cattle at a pond, may be an easement but cannot be a profit; for the water, when taken, was not owned by anyone nor was it part of the soil.”

In RE: R.D. Lee [7], the North Carolina court emphasizes that the product must be harvested or mined before it can be taken by the recipient: The right to enter another’s land and take away minerals, or other things of value such as timber or game, is a profit a prendre. Although there is no right to sell the sand and gravel in place and the substance must be severed from the ground before title passes, such an interest is an estate in the land.

One major source of confusion arises from the fact that profits can further be divided into two sub-categories; one similar to a license, the other more reminiscent of a lease.

As an example, a profit for extracting coal requires extensive and permanent occupation, including major structures necessary for a coal mining operation.

By way of comparison, a lease can create a similar interest in land and gives the lessee an exclusive right of possession. In another example, a 99-year lease on a tract may include the right to build and occupy an office building.

Profits for hunting and fishing include a right to take a product from the land, but are of a more limited nature, allowing shared use of the entire tract with the landowner. Licenses are of a similar nature, allowing the licensee the right to enter land for specific purposes without barring the record owner from also entering and using land.

In the dissenting opinion of Hanson v. Fergus Falls National Bank [8], Justice Knutson describes the two categories of Profit: “At the outset, it must be clear that the right to hunt and take wild animals has many attributes which distinguish it from the right to take coal, wood, oil, or other minerals from the land of another. While all these rights are designated in law as profits a prendre, they still have some vital differences which go to the very nature of the right itself.”

The corresponding distinction between leases and licenses is described in the Alabama decision Boykin Family Trust v. Boykin: [9]. “’A lease is a contract for the possession of land by the lessee, and . . . is a grant of an estate in the land. * * * A license is an authority to do some act or series of acts on the land of another, for the benefit of the licensee, without passing any estate in the land …”

“One of the principal tests in determining whether . . . the contract is to be interpreted as a lease or a license is whether or not it gives exclusive possession of the premises against all the world, including the owner, in which case a lease is intended, or whether it merely confers a privilege to occupy under the owner, thereby indicating a license.”

This discussion is relevant to this article because the judge is attempting to distinguish between profits that some give exclusive possession of the land from others that do not.

These examples illustrate the basic principles associated with Profits. Unfortunately, they also demonstrate the lack of consistency in case law between states on some issues. Despite a certain lack of consistency in some aspects of the relevant law, Profits remain interests in real property, generally subject to the Statute of Frauds and yet another complexity for land surveyors and other professionals.