This year’s upcoming NSPS elections feature four eminently qualified candidates running for national vice president. To encourage participation by surveyors in both the NSPS and the election of national officers, xyHt reached out to all candidates and offered space in this month’s Field Notes for a bio and candidate statement.

Their statements reflect their respective responses to our questions:

The surveying profession has gone through successive boom/bust cycles and is headed into another boom (demographically, one that is, by some measures, already outpacing the Baby Boom (after the GenX trough). Is our profession ready? What must we do as a profession in hard, practical (and not just symbolic) terms to meet these future needs? What would you like to see happen during your tenure that could move things forward?

The e-ballots will go out to NSPS members in early December. Candidates who win the VP vote often go on to become national president, but only if nominated by members or by the NSPS elections committee. Whoever wins the presidency election (unless unopposed) then serves three years: first as president-elect, then president, then as past president.

The three candidates are:

We have received responses from two of the candidates to date for inclusion in Field Notes (the presentation order below was selected by a coin flip). Should we receive responses from the remaining candidate before the December election, we will post all four online at xyht.com. Please read up on your candidates for NSPS offices, and more importantly—vote! 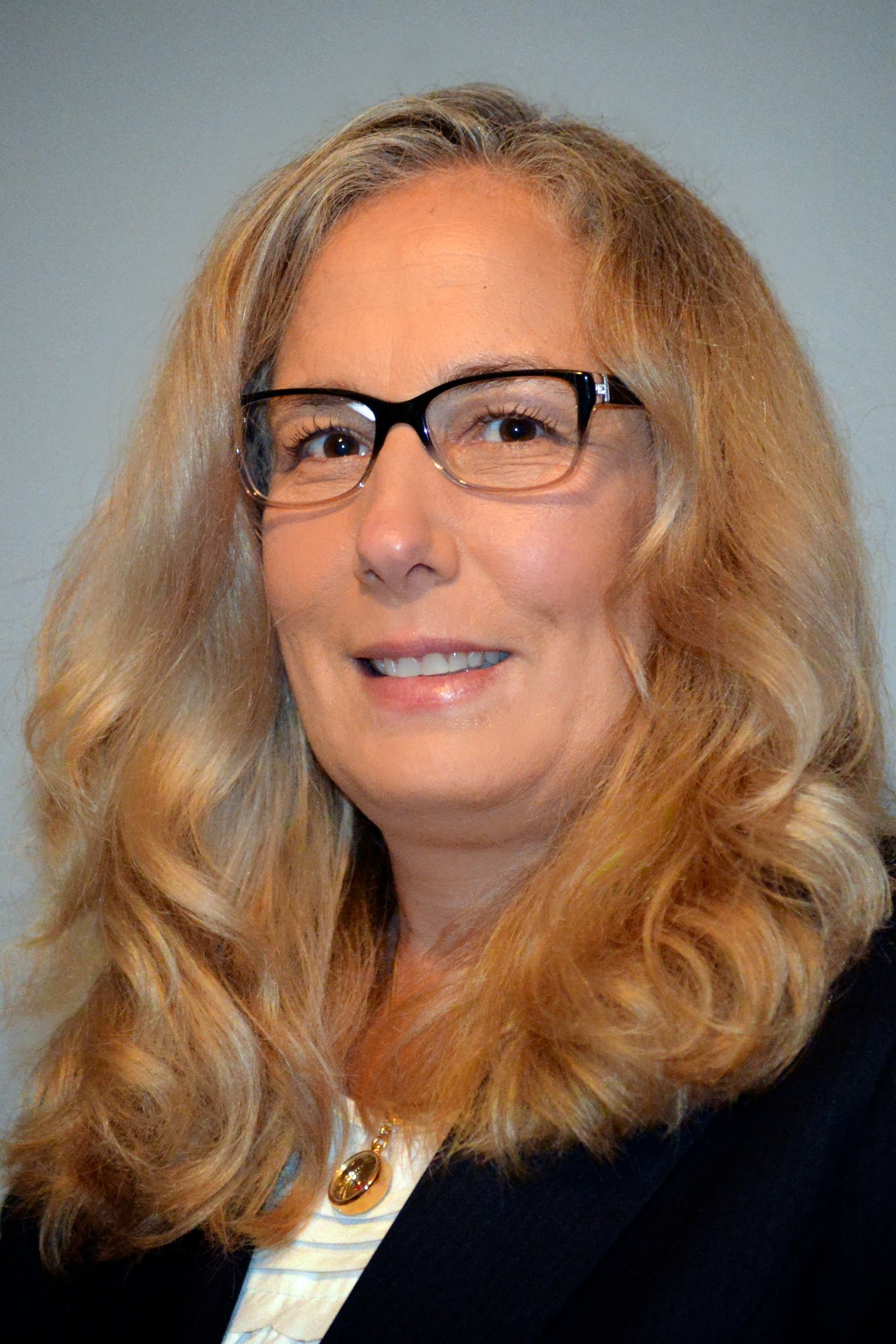 NSPS has been undergoing considerable changes in the past few years. I continue to find the changes exciting and I hope to see us continue moving in that direction. One of the most important changes I hope for us to continue to address is the honest assessment of how the leadership functions and to promote positive changes to improve our overall future.

The National Organization’s role has been drastically revised in the past years with the success of the State Organizations and their conventions. I believe NSPS has taken great strides to be flexible in changing as necessary. Another area that NSPS has made improvement in recent years is in the communication between our leadership and our members. This is most specifically related to allowing all membership states to have a vote on the Board. These are significant advances and I believe we have enough insight and promise to continue to make progress in these areas by ensuring we are continually communicating our advances to our members.

I believe I have been an active contributor to these changes. While serving as the Public Relations Committee Chair, the committee started several new initiatives. For example, we attended the National Guidance Counselor Convention in New Orleans in efforts to promote the fulfilling occupation of Land Surveying. We also ensured that States were able to obtain information from NSPS if working on any public relations projects of their own. These are just a few of the changes that I have been proud to contribute to. With your vote I hope to continue our ongoing improvements in the communication with all our members and to guide NSPS into a strong and informative future focused on our member’s needs and organizational duties.

Lisa’s response to the candidate question:
“We are heading into a boom with an unprecedented aging group of professionals. The average age of a land surveyor in America is something like 58 years old.  We as a profession have not done enough to keep the public informed on our importance and that has caused a decrease in the number of people joining our profession. In the past we were featured in movies and advertising because we were a well-known and respected profession. Nowadays when someone asks me what I do for a living they don’t really know what a Land Surveyors is or the important role land surveyors have in the development of just about every major project on the face of the earth. We need to work diligently to get in front of groups and people to let them know who we are and our importance.

There are many ways of doing this and for starters I would like to have NSPS work on creating information that can be used and displayed in specific settings like Realtors Associations, Road Builders, Attorneys, County Boards and high school teachers just to name a few. I believe that the sharing of ideas and information and NSPS being the clearing house of that information is a great start. For example as Public Relations Chairperson I helped NSPS set up a public relations award and based on the  projects that Texas and Minnesota submitted NSPS’s Public Relations Committee decided to  set up a booth at the National Guidance Counselors convention where we talked to close to 3000 high school guidance counselors. For that event we created a new pamphlet that talks about the profession, scholarships available, links to help find available monies and lists of schools. (The pamphlet along with others are available on the NSPS website under the PR tab).   I hope this is the first of many projects aimed at students and the public to let them know what a fantastic, wonderful and important profession Land Surveying can be. 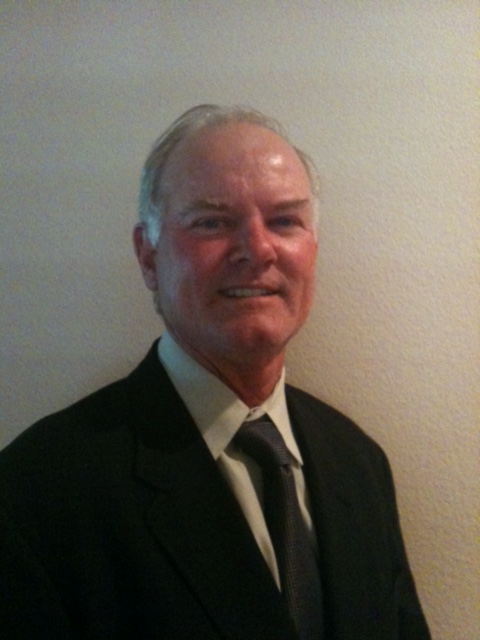 Henry A. Kuehlem, RPLS, is the owner of the H.A. Kuehlem Survey Company located in San Antonio, Texas.  After graduating from Highlands High School in 1972, Mr. Kuehlem attended San Antonio Commercial College (1972-1973) and received a diploma in Architectural Drafting and Communications. Working part time in the broadcasting business and as a draftsman for Adams Land Survey Company, a career choice was made in 1974, and professional land surveying was the chosen path.

Mr. Kuehlem has been licensed as a Registered Professional Land Surveyor for 35 years and in private practice for 34 years.  He has a total of 44 years’ experience in the surveying profession.  Employed by Adams Land Survey Company from 1972-1976, he acquired ownership of the company in February 1989.  From 1977-1981 Mr. Kuehlem continued working in both the private and public sectors of the surveying profession.

The H.A. Kuehlem Survey Company was founded in 1982.  Membership in the Texas Society of Professional Surveyors (TSPS), then known as the Texas Surveyors Association (TSA), began in 1979.  Mr. Kuehlem served the Alamo Chapter of TSPS in several offices and as President in 1988.  Mr. Kuehlem served TSPS at the State level for six years, as Director and on the Executive Committee, and as TSPS President in 2005.  He was awarded the Texas Professional Land Surveyor of the Year by TSPS in 2013.  NSPS offices include Area 8 Director from 2009-2014 and Texas Director from 2014 to present.

Mr. Kuehlem is also engaged as Adjunct Professor with the Texas A&M Corpus Christi University College of Science and Engineering, where he has instructed the Surveying Field Camp II class for 14 years.

Henry’s candidate statement:
Is our profession ready?  My answers would be no. A boom cycle demands growth, and we are not “growing” our profession at an adequate level.  Having worked in this professional for 40 plus years, we are making great progress as professional surveyors.  Although we have questioned ourselves for 75 years about being a “profession”, my opinion has always been our clients and associates will make that determination based on our ability to perform on a professional level. Our technology is pulling us forward extremely fast, and unfortunately too fast for some.  Our young surveyors are riding the top of the wave, a few older surveyors are in the curl, and several of us have missed the wave altogether.

Moving forward NSPS will need to reach deep within each State to its local members.  Cultivating ideas from members at the Chapter level, and bringing these ideas through the State and up to the national level, will be important to field methods of recruitment that have been successful.  The leadership of NSPS can then filter these ideas and return them to other States and to the local levels.  As this next boom occurs, NSPS can be the leader on the path toward the growth of the surveying profession.