Surveyor Igor Kidinsky, alias Eager (The Kid), could not seem to fit the fence with his calculated property corner. His calculations kept leading him to the other fence, a few feet away.

Glenny Dale, alias Glutton (The Old Man), looked on, struggling to convince his logical mind that there should be two fence lines here when there was only one property line. Thinking back decades, he could not recall encountering two fences separated by a several-foot gap.

The first fence was new, straight, and square, with dug postholes every 8 feet for 1,200 feet around the man’s property. The second fence looked like a classic barrier fence: tall, haphazard, crooked, out of conformity. Even the young spruce tree was crooked near the front of the fence. The survey crew was hired to retrace the property lines of the Lot with the Crooked Fence.

Both surveyors were hoping the new fence would help them get started on this bright winter day in two feet of snow. The small town lot they were working was platted 100 years ago and likely had not been surveyed since. 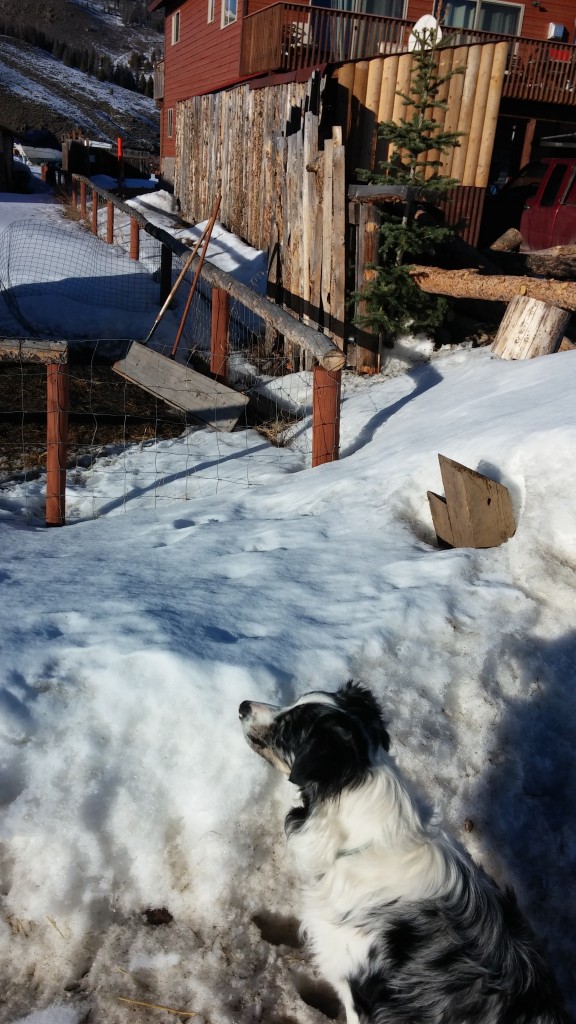 Even ‘Nash is thinking that the straight fence was surveyed.

Both surveyors focused on the fences, avoiding the gaze from the man at the front door, the apparent owner of the Lot with the Straight Fence, who approached them after a minute. Since he was soon to get a history lesson, Glutton looked up, smiled, waived, and introduced himself with, “Hello! I’m Glenny Dale, surveyor.”

“Hi, I’m Bob,” said the friendly gentleman. “Looks like you’re working for my neighbor? When I moved here two years ago, I thought I saw a stake right by that crooked spruce tree. I just assumed that was our common property corner. I built this fence myself: 300 by 300 feet. I hope I didn’t build it on my neighbor!” he laughed.

The Kid and the Old Man both clearly heard the landowner explain that he had built his own fence without regarding the apparent, visible common property corner stake.

The Kid spoke first, asking the gentleman, “Would you happen to have a survey plat?”

He responded, “No sir. I did not have my land surveyed. I have no idea where my property lines are. I just know that the town plat says my plot is 300 x 300. I’ve never seen a property pin, except the one stake, or any other map to go by.”

The gentleman saw that both surveyors were stumped by this statement, so he continued,

“Before I moved here, I sold my last place and had it surveyed. My surveyor disagreed with the existing pins he found by a few inches. When that happened, I lived a nightmare for two years, trying to resolve the dispute so I could sell my land. In those two years, neither surveyor would compromise. The older surveyor who had set the exsiting pins said that he had accurately retraced our common property line and that he was legally required to perpetuate that line because it had been established with older tools; it had been recognized and relied upon by landowners for years.”

“My surveyor, a young man, said he had used his GPS and was positive that he had made precise measurements. He’d had to set his new pins because, ‘that’s what surveyors are supposed to do.’ He said that the old pins were simply wrong—just ignore them—or I could go to court and have them thrown out, but he couldn’t revise his survey to follow ‘bad measurements,’ and ruin his name.”

“I think my own surveyor never learned what ‘retracement’ is and got a license anyway. I guess there are more like him running around setting new pins and wrecking lives like mine.

The gentleman ranted on. “Lawyers were hired, which caused more delays and drained all my profit when I did finally sell, and that doesn’t count the loss of value to my property because of the legal conflict tied to it. All through this, my neighbor said he didn’t care where the line was and kept asking his surveyor to change his mind.” 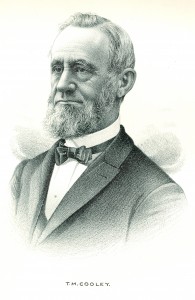 “It is, perhaps, generally supposed that our town plats were more accurately surveyed, as indeed they should have been, for in general there can have been no difficulty in making them sufficiently perfect for all practical purposes. Many of them, however, were laid out in the woods; some of them by proprietors themselves, without either chain or compass, and some by imperfectly-trained surveyors, who, when land was cheap, did not appreciate the importance of having correct lines to determine boundaries when land should become dear. The fact probably is that town surveys are quite as inaccurate as those made under authority of the general government.”

“So, that’s why I didn’t have this property surveyed when I built my fence. If you tell me that my fence is wrong, sir, I would be happy to move my fence,” the man said, bowing respectfully. “I would much rather dig out and re-build 1,200 feet of fence line than hire another surveyor!”

The Old Man shook hands with the landowner and thanked him for this information, assuring him that he does not, by general rule, plant pingardens. The Kid slipped over a few feet to the crooked spruce tree to begin looking for the old pin.

Both surveyors acted like they intended to look for and find a pin by the old fence and crooked spruce all along, lest the gentleman think they were wasting a lot of time and effort trying to find a pin by his random new fence.