Although the adage, “Your local knowledge is king,” could apply to other professions or even trades, I think it is especially true in our profession. When a surveyor practices in a given area or region, or possibly an entire state, knowledge is gained and lessons learned about many things that determine one’s ability to remain competitive, that affect the quality of the final product, and that build a positive and professional business reputation.

The Value of a Local Surveyor’s Knowledge

One the most basic global premises of our profession when retracing boundaries is to “follow in the footsteps” of the original surveyor. Seems simple enough, but to do so diligently requires knowledge of the surveyor’s work and exactly how he or she took those footsteps. That knowledge can only be gained through experience, diligence, and sometimes keen detective work. It also requires the understanding of the measuring tools and methods he or she employed in that era.

Retrace enough of their work, and patterns begin to emerge, both good and bad. Is their chain always short of your chain? Did they really set the monuments they said they did? If so, were they really what they described them to be, or whatever scrap of iron they pulled out of the truck that day? Maybe subtle differences in the notes or plat in how they described what they set can indicate whether they really set “pits and mounds” or not. Are there consistent directional differences that cannot be explained as being solely due to changes of magnetic declination over time?

Knowing these and likely many other details, quirks, or just plain incompetencies are critical to performing a correct retracement survey and putting corners in the ground as close as possible to where they most likely would have originally been, not at some prorated or other mathematical location. Knowing these things when performing diligent research is also critical to correctly estimating the level of time and effort required to properly perform a retracement. Work in an era long enough and we develop an immediate reaction, positive or negative, to the name on the notes or the plat. That is local knowledge. 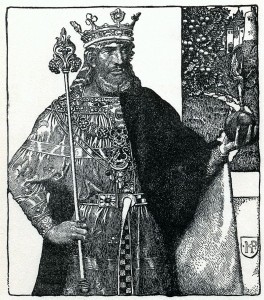 Diligent research is another fundamental tenet of performing retracements. Even if you work in a recording state, there are local, unrecorded, private records somewhere. When you have local knowledge, you know where those “somewheres” are and how to get access to them, how to dig through them effectively. They could be at another firm in the area. They could be in a dingy, dusty room at the county surveyor’s office or other public repository. They could be with the railroad or DOT. When you know your turf, you know where to look and all the rocks to turn over.

Local knowledge also allows you to serve your clients more effectively. Knowing the various differences that almost always exist from jurisdiction to jurisdiction, even in a relatively small region, is an asset in helping your clients navigate the land development or mapping process. Personally knowing staff at local agencies is often helpful when needing guidance about a process or simply discussing various options that may be available for your client to pursue and what fees and timelines may be associated with each. Developing professional relationships with public agency staff often adds value to your professional services that only a local can provide.

Knowing your fellow local colleagues is also critically important. If you are retracing them and find something odd, chances are you can call them and ask about it, or meet for lunch. Maybe they knew something you don’t? Maybe you do? Those calls are generally more positively received and productive from a surveyor in a neighboring town who you know rather from a firm five states away.

There are other local characteristics that ultimately impact the work product, such as weather, terrain, access, safety concerns, soil types and stability, dendrology, and vegetation. The local always has the edge when assessing these items correctly and dealing with them accordingly. Plus, they usually know the people too, which is often a huge advantage, as long as they’ve conducted themselves in a professional manner and maybe even been active in the community outside of their capacity as a land surveyor.

When You’re Not Local

So why state the obvious? Because not every professional practices in a single area, region, or state. Many surveyors possess licenses in multiple states, usually adjacent to their home state (or sometimes spread across the county because of moves), but likely still practicing in their current home state or very close by. Even in those cases, I begin to wonder how diluted their local knowledge might be, how many things they could be missing? Are they spread so thin that they are now not able to perform the critical, professional-level aspects themselves, instead entrusting those to unlicensed employees? Even if they still do the work, do they know where to look when performing thorough research? Do they know anything about the surveyors they will be retracing? Perhaps, but not likely.

Then we have surveyors licensed in a dozen states or more, sending crews all over the country chasing work: sort of a “Have GPS Will Travel” business model. It is very hard for me to imagine how the licensee in responsible charge (or not)—who ultimately accepts the liability of the work products by affixing a professional seal and signature—could possibly be providing anywhere near the quality of professional services as a local “King of Knowledge” can? That sort of practice just seems contrary to all things a professional is expected to be and represent. It seems they would be much better at protecting the public and providing quality professional services if they would bring a local licensed professional onto their team. My guess is that it would be money well spent in many cases.

I work in California where things are moving horizontally at velocities not seen elsewhere in the continental U.S.. We also have severe, rapid subsidence issues in some areas. If your “local knowledge” is in almost anywhere else in the county (on the North American plate) where horizontal velocities are a non-issue and you try to do control work along, say, the California coast, you are likely to experience significant problems that you do not have the knowledge and skills to mitigate. Hire a local who is experienced in geodetic control work, and you have increased your likelihood of success many fold. Just because you are licensed to practice in a state doesn’t mean you are competent to.

I wouldn’t survey in Texas or Maine (for example) even if I got 100% on their licensing examinations—unless I was working for a local knowledge king.

Local knowledge is king. Without it, well, maybe you’re attempting to sell a commodity instead of a professional service and product? I couldn’t sleep well at night if that were my seal and signature.

Just the thoughts of one surveyor.

“Your Local Knowledge Is King” Comments