Above: By using drone technology to digitally preserve and reconstruct sites like the Amache Internment Camp, researchers, survivors, and the general public gain a better understanding of an important part of history.

As national landmarks age, documenting their structures to preserve their historical significance is crucial for cultural heritage management. An example is the Amache Internment Camp, formally known as the Granada War Relocation Center, in Grenada, Colorado.

Camp Amache is where more than 7,000 Japanese Americans and persons of Japanese ancestry were forcibly relocated from 1942-1945.

It is one of the best preserved of the 10 Japanese internment camps that operated in the United States during World War II.

GIS professional Jim Casey has been working alongside The University of Denver’s Department of Anthropology and Archaeology to reconstruct Camp Amache to understand and preserve this important part of America’s history.

A Race against Time 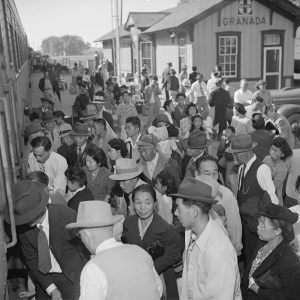 The condition of Amache has deteriorated, with virtually all the original structures having been reduced to concrete foundations scattered across the grounds. The aim of the project was to map and digitally preserve the site while the foundations remained, with the support of professional UAVs.

However, a Congressional bill would soon make the site Federal land where the use of UAVs would be limited by strict regulations. For this reason, time was of the essence, and Casey and the University of Denver team needed a tool that would accurately map and preserve Camp Amache quickly.

Initial attempts using Casey’s personal quadcopter were insufficient as it didn’t have the capacity to capture the magnitude of imagery needed to map the one-square-mile site with a single battery. Instead, Casey turned to a fixed-wing drone: senseFly’s eBee X with its Endurance Extension that allowed for a maximum flight time of 90 minutes, significantly enhancing the quality and quantity of geo-accurate data captured within a single flight.

Casey explained: “We were able to successfully complete the project in the required time frame and gain the data required that will allow us to take our work on Amache to the next level.”

The entire mapping mission, including data collection of the whole site, was completed in under four hours, accounting for setup time and battery changes. During the flight, the eBee X captured more than 4,000 images as part of the planned mission, documenting where the camp’s barracks, schools, and other buildings once stood.

senseFly’s S.O.D.A 3D mapping camera collected imagery in both nadir and oblique orientations at an average spatial resolution of less than 3 cm per pixel, while the eBee X’s RTK connection to a senseFly GeoBase base station allowed images to be collected with survey-grade accuracy and geotags to be created with absolute horizontal and vertical accuracies between 3-5 cm.

Post-flight, the data was processed using Pix4D photogrammetry software to generate a high-resolution point cloud, 3D mesh, and an orthomosaic that provided Casey and the team with high-precision data they used to reconstruct one of the site’s barrack buildings. 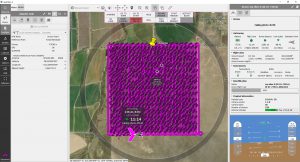 The Future of Viewing History

Researchers have already used insights from the survey to start answering important questions about the factual history of the site, and their knowledge will be used to educate visitors about the site’s historical importance.

A full orthomosaic set is due to be created, and the data collected will also be used to update the online map of the Amache Internment Camp, allowing its visitors to find locations with a resolution of one inch per pixel—a significant improvement from the current map.

In addition, the data will be used to help researchers at the University of Denver get a better understanding of what happened during the years when people lived there. For instance, a graduate student has already been able to explore Amache’s sidewalks to identify the different routes people once walked.

Longer-term, Casey and the University of Denver team aim to stitch together the imagery to create a 3D recreation of the site that will allow visitors to see the structures that once stood, such as schools and police stations, in virtual augmented reality (AR).

Casey said, “These cultural resources from the past are often only available in the form of photos or drawings, or they are difficult to access by non-able-bodied individuals. With the help of drones, we can rebuild all 10 camps and reconstruct them in augmented reality, bringing them to both the classroom and experts to enable a better understanding of the site.”

The value of fixed-wing drone technologies and the opportunities they create to revolutionize the future of cultural heritage management is significant. By enabling visitors to see and understand the people and places of Camp Amache over 70 years ago, UAV technology has proved invaluable in the preservation of such an important historical site.

Casey concluded, “Mapping Amache and other camps like it is extremely important. It’s history that is not well documented, and I’m trying to enhance what we have as part of the historical record by making sure that this camp is well understood and well known and that’s it able to be researched by those who have a connection to it or find it important through their work or their studies.” 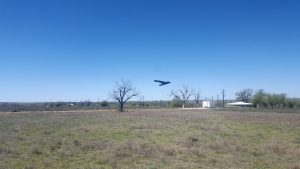 The senseFly eBee X captured more than 4,000 images as part of the planned mission, documenting where the camp’s barracks, schools, and other builds once stood.