This entry is part 7 of 7 in the series xyHt in print, June 2016
Above: Morgan Ré aided engineers at NASA’s Langley Research Center as they prepared for a series of nine drop tests of an Orion crew capsule model. Credit: NASA

Last summer, NASA dropped three small airplanes from 100 feet in tests meant to simulate severe but survivable crashes. It collected data on their black boxes and on the emergency locator transmitters that automatically alert emergency responders to the event of a crash and broadcast its location. Prior to one of the tests, Morgan Ré collected samples of the dirt pile in which the plane was going to be dropped so that NASA engineers could analyze its properties. 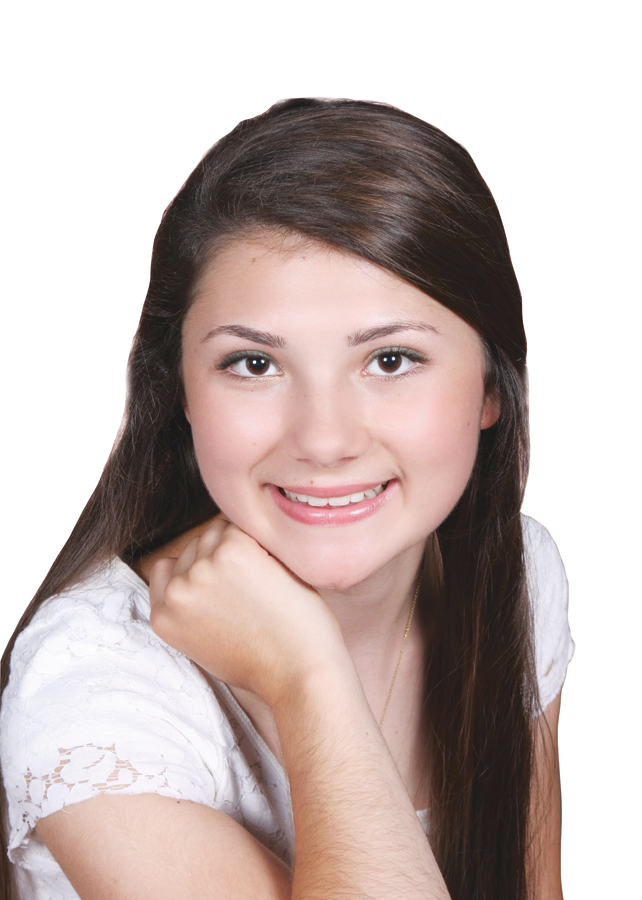 This summer, NASA is dropping a full-scale model of its Orion spacecraft nine times into a one-million-gallon water impact basin at its Langley Landing and Impact Research Facility (LandIR) to simulate many different events that could take place during an actual landing in the Pacific Ocean. In preparation for that test, Ré helped to place high-speed cameras in the basin. They enable NASA researchers to measure the angle and plunge depth of the Orion as it hits the water, learn what events may endanger a crew, and develop equipment to prevent or mitigate such events.

Ré, 18, is a senior at John Handley High School, in Winchester, Virginia, as well as a student at Mountain Vista Governor’s School for Science, Math & Technology, in Middletown, Virginia, where she’s taking classes in physics, research, multi-variable calculus, humanities, and government, all for college credit. Ré graduates two times this month: once with an advanced high-school diploma, and again with an Associates of Science degree from Lord Fairfax Community College. She has the distinction of being a Virginia Governor’s Scholar. And she knows what she wants to be: an aerospace engineer who works in the space industry.

Last summer, Ré attended the Advanced Space Academy at the U.S. Space & Rocket Center in Huntsville, Alabama, where she learned the history of the space programs, such as the Mercury, Gemini, Apollo, and shuttle missions. She and her fellow students also ran through missions, using orbiter, International Space Station, and mission-control simulators.

“They taught us how to fly a space shuttle,” she says. “We did a simulated mission. They trained us in such positions as mission control, pilot, and commander. In mission control we learned jobs such as communications and weather monitoring. It was a hands-on experience, less research-based and more learning how to work as a team and how to think like an engineer.”

She then participated in the Virginia Aerospace Science and Technology Scholars Summer Academy (VASTS) at NASA Langley Research Center in Hampton, Virginia, where she worked with other students to design a mission to Mars. Both the advanced academy and VASTS were for college credit.

At the academy, the students were split into five groups of 12 students each that would simulate an actual mission team: Mission Integration, Mission Transit, Human Factors, Strategic Communications, and Science and Surface Operations. “There was a lot of research, many papers to write, explaining the ideas behind our Mars mission,” Ré says. “We had to work out cost analysis and the design process for an actual mission. At the end of the week, we presented before a panel and explained our mission to several companies.”

Recently, Langley acquired a new underwater high-speed camera to capture the Orion’s movement through the water after being dropped in the basin. NASA is using close-range photogrammetry to derive measurements from the photographs. The capsule, Ré explains, will return into the Earth’s atmosphere faster than any other previous space capsule has. “When it lands, the safety procedures are going to have to be a lot more advanced than what NASA has ever used before.” 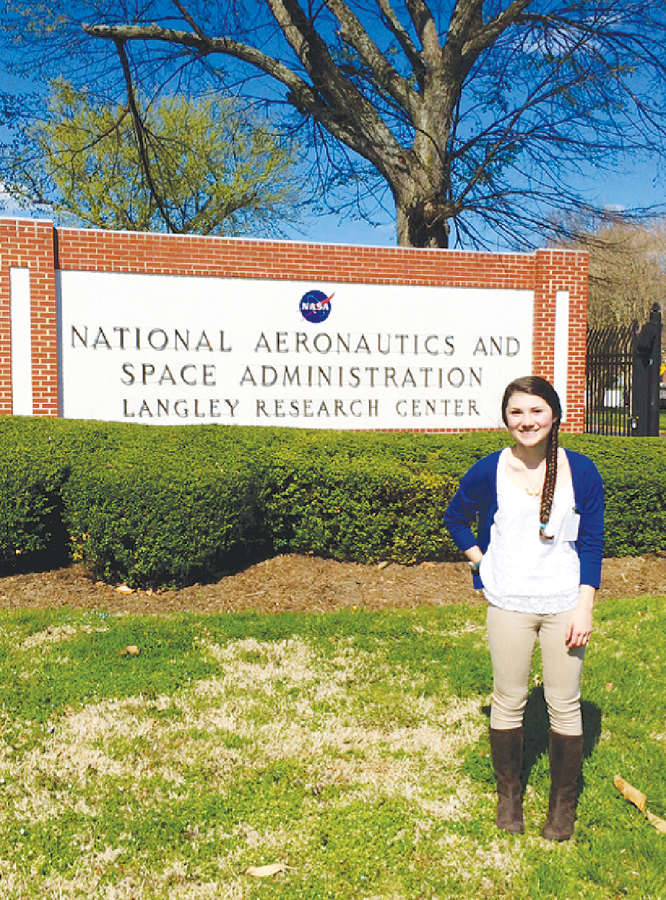 Morgan is a “very driven teen,” said her mentor at Langley.

During her three-week internship at Langley, Ré worked with a group of engineers and technicians to put that underwater camera in a custom-made, water-tight enclosure, wired to a computer outside the basin. They had to figure out how to mount this enclosure on something that could hold the camera in place underwater as the Orion splashes down. They built a mount on a ladder that could roll down the slanted side of the pool. “I worked a lot to get the camera set up and make sure that the wiring was correct,” says Ré.

To drop the Orion capsule, NASA is using LandIR’s 240-feet-tall and 400-foot-long gantry crane, originally built in the 1960s to test the Apollo lunar landing module. They are connecting the capsule to the crane with cables, pulling it high and far back, then letting it go. The capsule swings through the air on these cables until it is over the splashdown pool, then explosives cut the cables, and the capsule free-falls into the pool like it would when coming out of the Earth’s atmosphere and landing in the ocean. “We are simulating a drop into the ocean, full scale,” says Ré. “The camera should be able to see everything that is happening.”

She also helped collect data on the properties and moisture levels of the dirt on which NASA dropped one of the three airplanes. “The properties of the dirt,” she explains, “can affect the landing, and the landing can affect how the ELTs [emergency locator transmitters] work. All those planes that have gone down and have gone missing were because the ELTs were not working very well, so this is research to improve them.”

NASA put ELTs in the floor, front, ceiling, and sides of the plane, as well as sensors that collected data when it was dropped. All of this data was transferred to the computers in the mission control room, where engineers could see which ELTs went off, how they went off, and the forces to which they were exposed.

“Depending on the placement of the ELTs in the plane, they might sense more or less impact, and when something crashes we want that ELT to be in a place where it is going to sense the most,” Ré explains.

Ré learned a lot at Langley. “For instance,” says Hardy, “she learned how to solder connectors. That kind of hands-on understanding will help make her a better engineer, because she can understand the little details that are involved in making something work. She is the first high-school student I’ve worked with, but she is right up there with the college students we’ve had.”

With such an early and successful start on her long-term career goals, Ré is likely to go far. Perhaps even where no man, or woman, has gone before.

For more on how geospatial intersects with space exploration, read the cover story from our inaugural issue about photogrammetry on Mars.