This entry is part 29 of 80 in the series Pangaea

As December closes its door, we look back at the year think about its highlights. As your Pangaea editor I examined the 2017 issues ranked by readership. Here’s the top three, why I think they were so popular, and the takeaways from each. 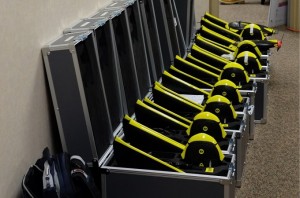 Pangaea #190: Don’t Buy a Drone
This headline was a bit of cheat; the actual concept was that you should plan for a fleet of drones, not just a single unit. I think the headline may have given the idea to those who aren’t quite sold on UAS technology that perhaps drones are just a flash-in-the-pan and not worth serious consideration. Readers of Pangaea know that I don’t think that’s true.

2017 has seen UAS prices dropping, and FAA regulations (Part 107) have made entry into the UAS space even easier. Every survey firm needs to individually examine UAS technology to see if it makes sense for its specific business model (the subject of another article on xyHt: From FUD to FOMO.) The two main advantages of having a fleet of drones are 1) redundancy/reliability and 2) wider scope of services. Read Don’t Buy a Drone for more details. 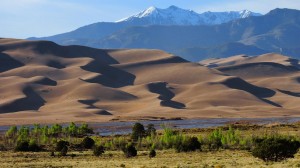 Frankly I was a little surprised at the popularity of this issue. Did it stem from the fact that the Great Sand Dunes National in Colorado is a well known vacation destination? Or was it just the vision of flying a UAS over exotic sand dunes and discovering mysteries they hold? Either way the story revealed—not just a neat UAS project mapping the dunes—but another idea for the application of this technology: environmental monitoring. Read UAS Survey of the Great Sand Dunes for the full story. 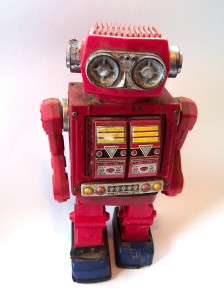 Pangaea #180: Will You Be Replaced by a Robot?
This topic’s relevance to today’s world of increasing automation and robotics put it into the top three. The answer to the titular question depends on your approach to technology. Those who understand it and adopt it (as much as is feasible) will profit from robotics and automation. The opposite holds true as well. The good news is we probably won’t be replaced by robots as much as we’ll be working with them side by side. UAS technology is a very good example. As helpful as drones are, they still need you to program their flight paths, analyze their data, setup/takedown, and a lot more. Read Will You Be Replaced by a Robot? to learn more.

Wishing you and yours a prosperous New Year!