This entry is part 7 of 7 in the series Heights 2015
Above: Valley Air Photo’s full lineup: the single-engine Beechcraft V35 Bonanza is their main film aircraft; the twin-engine Cessna 320s are capable of carrying both film and digital cameras but are mainly used in digital acquisition.

At its 30-year anniversary, a small aerial photography business recounts changes in the industry and in itself. 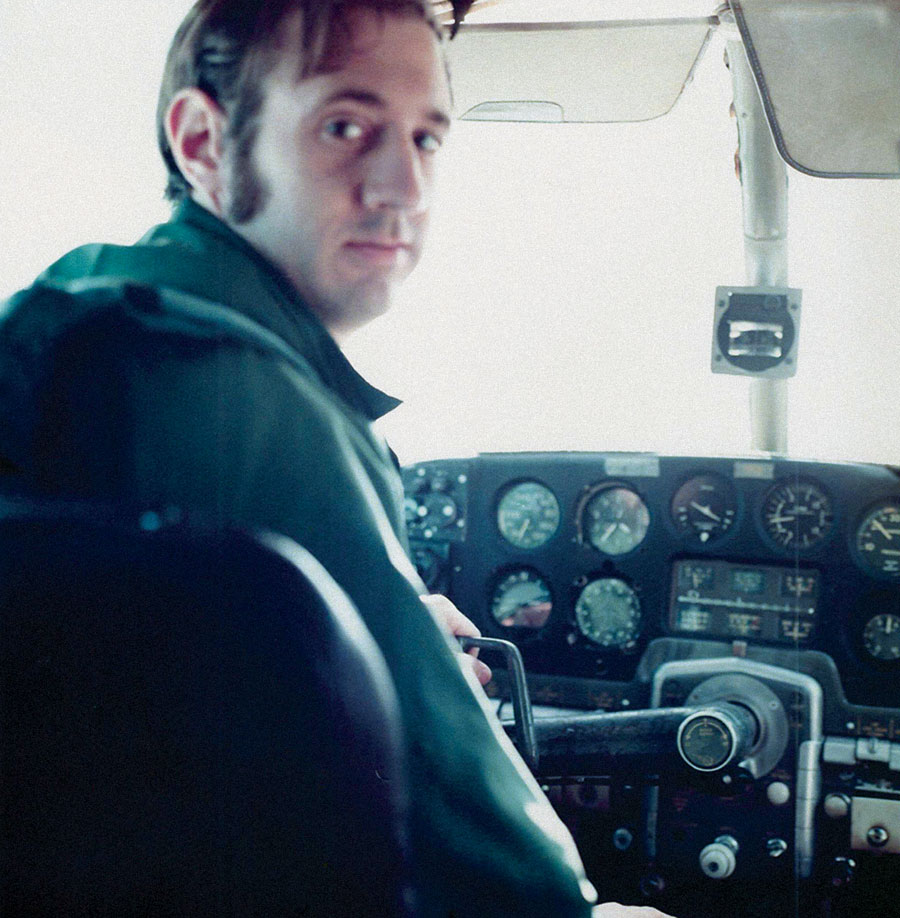 Thirty years ago, Richard Graville’s dream was to own his own company, providing aerial photography and data acquisition. He started at a company in Eugene, Oregon, but when the time was right he went off on his own to Caldwell, Idaho, to an industrial airport about 20 miles west of Boise where he founded Valley Air Photos, named for the surrounding terrain.

Working out of a rented office and hanger, he was a one-man operation. He started with a Beechcraft Bonanza that he nicknamed “Bo,” modifying the plane to include a hole in its belly to accommodate a camera.

“I flew with my husband only one time,” says Cathy Graville. “It was very eye-opening as to what he had to do. He would put the plane on auto pilot and tip the camera up so he could reach the lens to clean it. Sometimes he would need to change film and again would put the plane on auto pilot, get down on his knees by the camera, and put a dark bag over his head and upper body that completely covered the camera to avoid exposing the film to light.

“There was no seat for a passenger. I was on the floor, so one time was enough. But I was glad I knew what he went through. When I knew he was flying I made sure I was praying.”

Tragically, Richard (Dick) Graville was killed at age 52 in a snowmobile accident in March 2001, leaving behind his wife and their daughter, Lori, and son, Kevin. Cathy Graville, who at the time was a homemaker and former teacher, was determined to keep Valley Air Photos going.

“I felt very strongly that I wanted to keep his dream alive. That was our life .… This is just something you do.” She says, “we muddled along until we hired a pilot” and let colleagues from other companies lend their support. “They came to my aid and flew the jobs; they were very kind.” 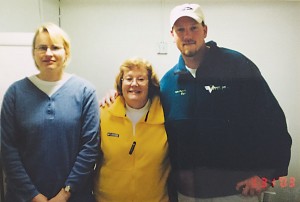 At left is Darcy Merritt who survived the decline of her job as lab manager running the film photo lab by transitioning her skills to the computer-based production of orthophotos; at center is Cathy Graville (now owner of VAP); at right is Nate Pickens who served as the first pilot Cathy hired after Richard’s death.

In all the emotional upheaval there was another consideration, she says. Kevin was a college freshman when his father died, and she wanted to wait until he finished school and then see if he wanted to go into the business. Kevin spent his summers at the company, and when he graduated with a degree in aeronautical science with a minor in business, he was sure of his career path.

“He’s the guy with the vision,” says his mother, as the company prepares to celebrate 30 years of operation this May, a business that boasts having three planes and up-to-date camera equipment to service clients that include city and county governments and engineering and survey companies—“Anyone who needs a vertical aerial view,” Graville says.

“With the current availability of satellite imagery, as well as the NAIP imagery provided by the USDA, our client base has changed.  There are also fewer requests for historical film research from the archival film stored in our fireproof vault.

“However, Kevin’s foresight on keeping up with the latest technology has pushed us forward into providing digital aerial imagery acquisition, orthophotos, and photogrammetry to support our clients in their efforts to move away from film-based acquisition, 9 x 9 contact prints, and diapositives.

“We actually bought a third plane, doubled in size from four to eight employees, and created a server system designed to handle the volume of digital imagery we expected to acquire and process.

“We took a risk as the economic recession hit our industry in 2008 and 2009. The major producers of digital aerial cameras were willing to work with us, a small woman-owned business in rural Idaho. Our rural location also played a factor in securing a bank loan for these improvements because of the backing of the USDA rural development program. 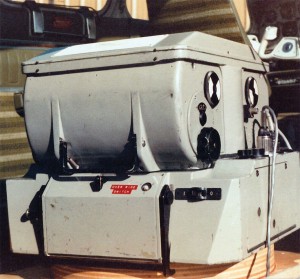 Richard Graville mounted this camera himself in his airplane to start his business.

“Ultimately, we were able to purchase a Vexcel UltraCam X digital camera in 2010 and move straight ahead into bidding on projects requiring digital imagery. In 2012, we purchased our second UltraCam X to increase our range of operations.

“We now employ ten people. Our main office remains in Idaho with a second base of operation in Arizona.  Our flight capacity ranges throughout the states west of the Mississippi River and occasionally ranges as far as the southeast.

“While we still have a few clients who prefer film-based imagery acquisition, the majority of our work is digital. In 2014 we closed our traditional photo lab and began specialized training to produce orthophotos.

“As new technology continues to replace the “old” familiar ways of doing things, we’re dedicated to remaining in close contact with our clients to see what their needs are. We’re seeking what would be a good fit for them. We are always observing and looking to see what would enhance the deliverables we could provide. Lidar-like imagery produced by new specialized software? Actual lidar collection? The rising potential of drones?  These are all possibilities for us to consider.  It’s fun and exciting to see the changes, and I always wonder what my husband would think!” 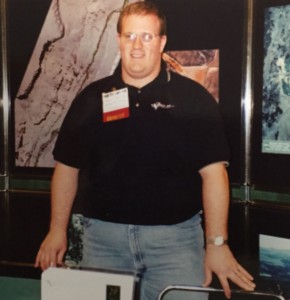 At a conference, Kevin Graville displays the company’s enlargement capabilities (a service the company used to get a lot of business with).

If you phone the company there’s a good chance that Graville is the one answering the phone, even though there’s a staff. It’s the family-oriented, everyone-pitches-in way of doing things. “I really did retire in the beginning of 2015,” she says with a laugh, but she still oversees the company’s finances, coming into the office 20 hours a week. “I enjoy being around our people, I enjoy the technology flowing around me; I learn by overhearing.”

In her spare time Graville has gone back to her roots as a teacher—a career that her daughter follows in the Portland-Vancouver area—by being a mentor for students in the local public school. “I was matched up with a middle school student who is crazy about aviation,” she says. “I keep telling him to keep his dreams alive about wanting to be a pilot, that his dreams are valid. I like to feed these young people with all the possibilities.”