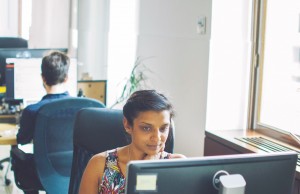 CARTOGRAPHY HAS BEEN CHARACTERIZED AS AN ART. Now, with access to richer datasets and the wizardry of modern cartographic tools—in skilled hands and in careful orchestration of form and function—maps have become art. xyHt is honored to have featured the maps-as-art work of Mamata Kumari Akella; more of her work is here.

Mamata has been a professional web cartographer since 2008. She earned her MS in geography from Penn State University and her BA in geography from UC Santa Barbara. She started her career in web cartography at Esri, where she built online basemaps. At the National Park Service she pushed online, multi-scale map design using all open-source tools. She has worked with a variety of tools in the ever-changing land- scape of digital mapping and has a pas- sion for pushing the limits of cartographic design with current web technologies to build beautiful, well-planned maps. At CARTO, Mamata is helping define the future of thematic web mapping where she hopes to make the process of cartographic design easi- er and more accessible to all.