History Reveals the Importance of Underground Documentation and Recordkeeping 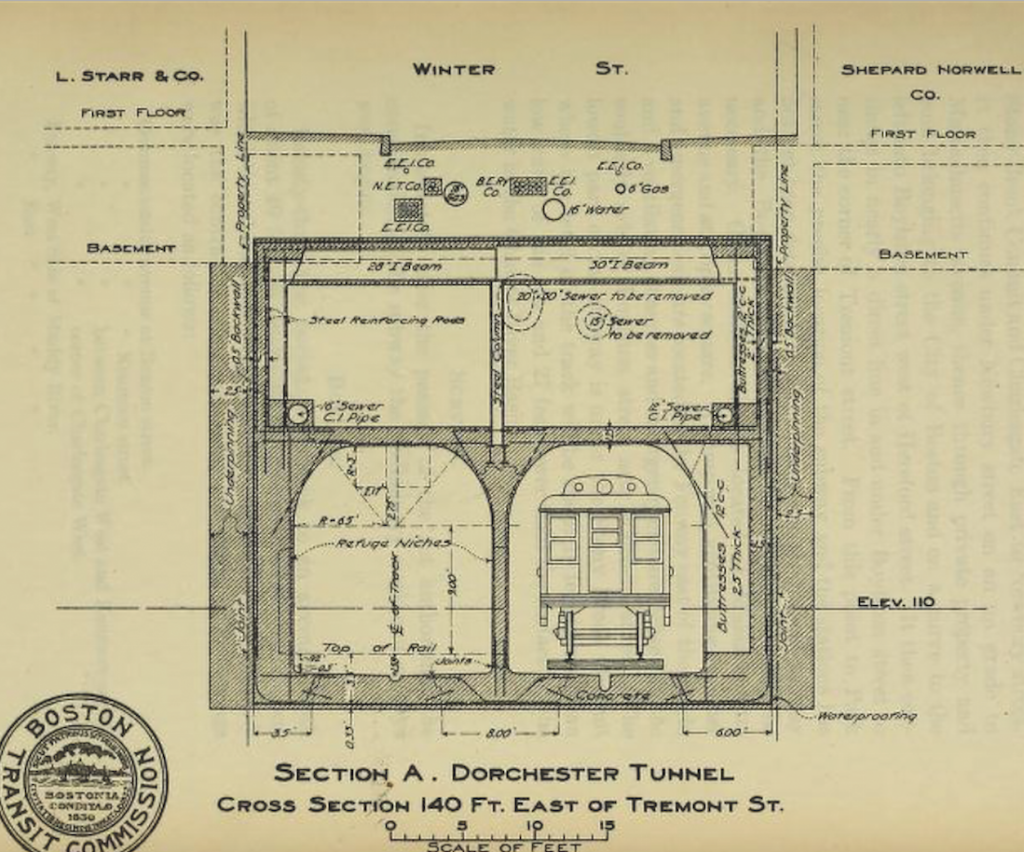 In 2002, owners and designers of The Dalles Lock and Dam, which stretches over 1.7 miles on the Columbia River between Washington and Oregon, undertook a $20 million electrical engineering improvement project. At the start of the project, engineers discovered out-dated as-built drawings—only 45 years after the dam went into operation—that impeded the new project’s design.

As a result, workers spent considerable time and money tracing lines and reconciling records to get the project back on track. The Dalles Dam is just one of many U.S. infrastructure and utility improvement projects in recent years that have been hindered by inaccurate or incomplete documentation of prior work.

On any development project, as-built drawings and accurate records are key to risk avoidance and on-time, on-budget, project success. It’s time for owners, engineers, designers and mapping professionals to renew our commitment to thorough archives so future generations can build on the legacy of those before them. 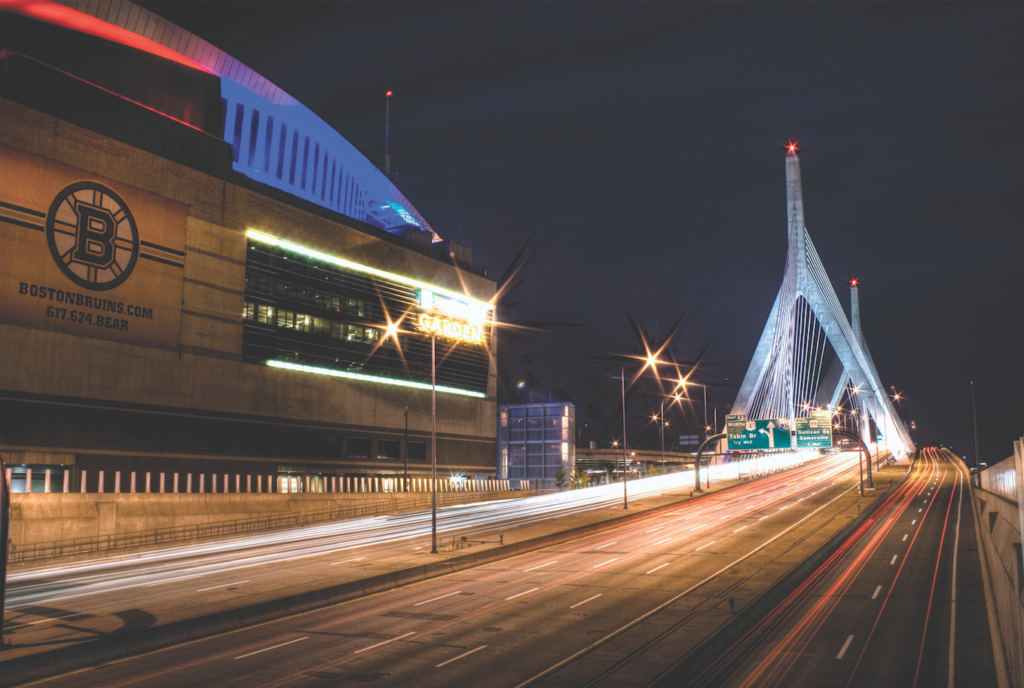 Boston’s Big Dig finally saw the light when it opened in 2007, but the project was plagued by long delays and massive cost over-runs which, in part, were attributed to poor records of subsurface mapping. Credit: Chris Seward

Taking a Page Out of History

Particularly with underground facilities, professionals have not sustained a strong commitment to meticulously update archives that were passed down by surveyors, engineers, and designers of the past. The irony of the recordkeeping conundrum is that the industry collectively knows more about pipelines and underground infrastructure built more than 100 years ago than recent work.

In the late 1800s, a population boom in Boston necessitated investment in mega-infrastructure, including the nation’s first subway system. Without the technology and tools we use today, thousands of workers armed with little more than picks, shovels, rock breakers and hoists dug through rock and mud to build the vital infrastructure.

The risk and novelty of this sort of work led to a desire for perfection in project design and meticulous documentation. Legacy reports from the Boston Transit Commission reveal that designers who were tasked with building the subway system travelled abroad to meet with designers of successful European systems to gain insight on how to properly document and overcome challenges in construction.

The Boston decision makers returned and thoroughly documented design and construction details. The drawings left in today’s archives are a testament to their efforts. Preserved reports and documents show that the subway tunnel design incorporated the survey position of the streets, buildings, foundation elements, and even gravesites. This level of detail and care helped planners accurately imagine the design of the new underground world as time went on.

The precision and dedication to recordkeeping in order to keep accurate as-built documents, has facilitated renovation and improvement instead of demolition and reconstruction. As a result, many of the facilities in New England built in the early 20th century or before are still in use today. 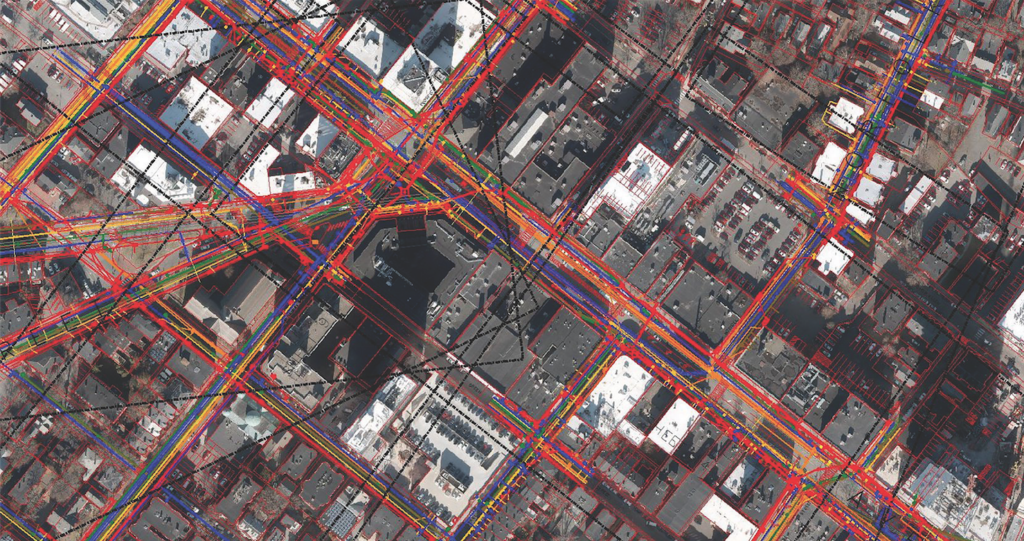 This DGT Associates 3D utility map shows the underground utilities of an area in Cambridge, Mass. 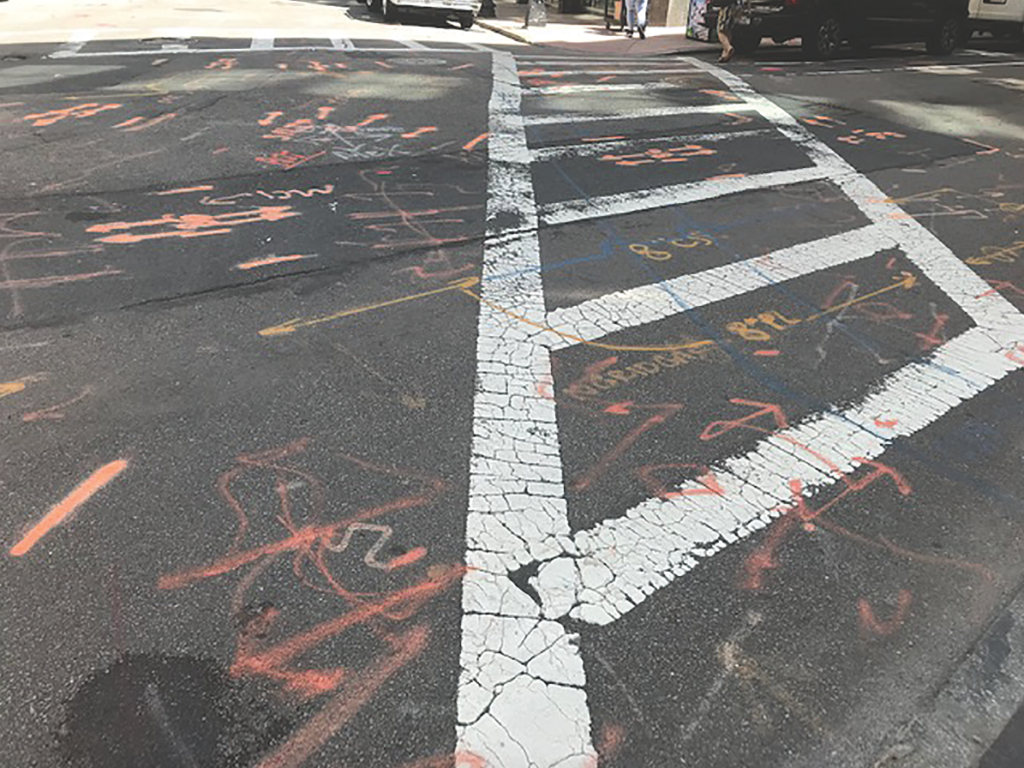 The Ripple Effects of Poor Recordkeeping

Fast-forward 100 years—the demands are the same, but the commitment has eroded. With more people moving back to urban areas, we are, again, building and constructing at a feverish rate. But some of the surveying principles established by the industry pioneers of the 1890s have been lost.

Unfortunately, even Boston left some of its early surveying and engineering principles in the 19th century. The process of planning underground utility relocation for The Big Dig highway project in the 1990s and early 2000s revealed that years worth of as-built drawings from contractors, for a significant amount of the 29-mile stretch of utility lines, were either missing, incomplete or inaccurate.

According to the U.S. Army Corps of Engineers that oversees large U.S. public works, including The Dalles Lock and Dam and The Big Dig, many out-dated records resulted from an industry-wide reduction of record-keeper positions in the 1980s. With fewer individuals dedicated to keeping track of change to original work, records across the nation—both public and private—became practically obsolete. Unfortunately, the industry never fully recovered.

One of the great challenges faced today in subsurface utility mapping and underground damage prevention programs is the lack of reliable, accurate data on which we can base project planning for subsurface investigations. And the effects have been far-reaching.

In a 2013 New York City planning report, the cost of replacing one mile of electrical distribution lines was estimated to be more than $8 million. A large part of the cost was due to the complexity and risk of working in crowded utility corridors, relocating other utilities, and contingency bidding for surprise discoveries underground.

With more work being done under our streets to bury utility lines and other infrastructure and eroding commitment to adequate as-built documentation, the cost of working and building underground will continue to skyrocket. Reports from the Common Ground Alliance reveal that underground excavation damages in the U.S. rose by 20 percent between 2016 and 2017, costing stakeholders at least $1.5 billion.

The consequences of that go beyond blown budgets and inconvenience—sometimes, it’s fatal. After the 2018 Columbia Gas explosion in Massachusetts, which led to major service disruptions, destroyed property, and even a death, the National Transportation Safety Board (NTSB) investigation report cited the probable cause of the incident as “weak engineering management,” including a lack of accurate maps, documentation and recordkeeping of underground assets.

While the success of future projects depends on accurate historical information, we must document as if lives depended on it–because they do.

A Digital Revolution in Recordkeeping

In fairness to everyone involved, there are many cooks in the kitchen when it comes to development projects, even more so now than in the past. Architects, designers, engineers, surveyors, geospatial professionals, and contractors all play specific roles in the lifecycle of a development project, sometimes working in siloes. With such disconnected processes, it can be easy for those who don’t own a project to shirk responsibility, assuming the next team will pick up the documentation slack. Additionally, the industry does not have practical, standardized workflows to ensure the information is updated regularly.

Today, the question becomes, how can all parties work together to ensure that we locate, store, and retrieve critical infrastructure records?

Fortunately, with today’s technology, digital documentation of new works both above and below ground can easily be tracked and reconciled from start to finish. As new technologies emerge making for more efficient processes, we must harness them not only for doing the work, but also documenting the work.

Advancements in data visualization and processing tools can also be utilized to improve recordkeeping practices and usage. Using 3D laser scans, Building Information Modeling (BIM) data is converted to capture precise details of new construction, which aids in the maintenance of structures through their entire lifecycle. And though BIM technology is widely used by managers today for 3D documentation of building projects, it can also be applied to underground environments to map what lies beneath us. Virtual reality enables real-life depictions of those maps and designs, allowing data to be used in real-time by any professional.

Additionally, innovation in digital storage means we can accomplish better, more thorough recordkeeping. Cloud-based solutions are growing in popularity to store and share vital records and documents, therefore, improving safety, access to data, and the security of knowing the information below our feet is safe above our heads.

In many current subsurface utility mapping programs, designers and planners are moving paper-based records to the cloud creating “digital twins” to ensure that records can be preserved and used in-field. Today’s cloud-based systems used in unison with GPS and Bluetooth transmissions enable professionals to capture, locate, edit, store, and share records right from the site.

After the 2002 setback, The Dalles Dam owners, engineers, and designers have utilized many of these tools to overhaul their as-built documentation practices. The group has poured significant time and effort into resetting a precedent of strong recordkeeping.

Our 19th-century forefathers only had pen and paper to create and revise as-built drawings. With all the technology available to us for improved recordkeeping and documentation, it’s our duty as an industry to continue to commit to, and prioritize, keeping information up to date. But it only works if everyone is on board.

As decision makers, owners, designers, and contractors move forward in their development projects, principles from the 1800s still ring true of holding accurate documentation in high esteem. When considering what should be the best practices of today’s subsurface investigations, surveyors, and geospatial professionals should build on the guidebook that has already been written to make sure we combine past with present to create a better future.