In 2016, Edward O. Wilson, the “Father of Biodiversity,” wrote a book called Half-Earth: Our Planet’s Fight for Life. In the third part of a trilogy, after The Social Conquest of Earth and The Meaning of Human Existence, Wilson refutes our impending sixth extinction and argues the case that there is still time to turn things around, but only by making half the Earth and half the ocean(s) a conservation zone. Having read much of the book, the only question I had was, “How?”

In July this year at the Esri User Conference,  this all became clear as the “Father of Modern GIS,” Jack Dangermond, Jane Goodall (the world’s foremost expert on chimpanzees and UN Messenger for Peace), and E.O. Wilson all sat on stage together. Around them was a feeling of hope and a realization that, by coming together, we can turn the tide and save this beautiful blue marble. (Here is a video of the talk.)

E.O. Wilson said, “I realize that I’m beginning to sound more like a marine recruiter than a biologist. But you know, we are entering an era when a radically new view of nature, of the natural world, is not only inevitable by the advances in science and the concern people have about their personal environment, but also by the amazing things awaiting discovery.

“As we begin to work through these millions of species that remain unexplored—and I would like to see a society in which to do this kind of exploration, to find out something about every one of these species, large and small, that allows them to maintain their existence, that has allowed it for millions of years, enough so that they can live for millions of years into the future—and in so doing, gain a mastery of our own environment.

“After all, we live in a living environment. We don’t live on the moon. We’re not ready to go to Mars. We live on what may be, and I think almost certainly is, the only life-bearing planet in the solar system.”

Esri has played a big role supporting the Half-Earth Project, and part of this has been helping the E.O. Wilson Biodiversity Foundation with global species distribution at an unprecedented level of detail, having built a visual mapping tool that decision makers can use to help safeguard the build of biodiversity.

Dangermond said, “In order to realize a vision on the scale of Half-Earth, we need to mobilize virtually everybody on the planet.”

If you have been following Esri on social media, you’ve seen that John Nelson, acclaimed Esri cartographer and super nice guy, has built vibrant basemaps to readily identify different ecological zones. This gorgeous, interactive map allows users to explore species populations, human pressures on those species, and current conservation protections around the globe.

I got the chance to talk with Nelson to see what his inspiration was and how it was relevant to the project.

“The Vizzuality team wanted to build for the Half-Earth project two globes, each with its own, though interwoven, purpose. This meant there was an opportunity to collaborate with the amazing Vizzuality design team for two very different basemaps. Jackpot for a cartographer.

“The first globe was meant to present the world as a beautiful, saturated, amplified planet that would invoke a feeling of charm and protection. For this, a Vibrant basemap was created. The second globe was meant to provide a deeper, data-driven picture of the scope of the issue the Half-Earth Project is tackling. This was an excellent opportunity to create a customized Firefly basemap.

“The Firefly basemap was a straightforward process of creating a dark and color-drained platform to best show data atop. It was an opportunity to take the aesthetic of Firefly and feather in some hillshading and coastal effects. 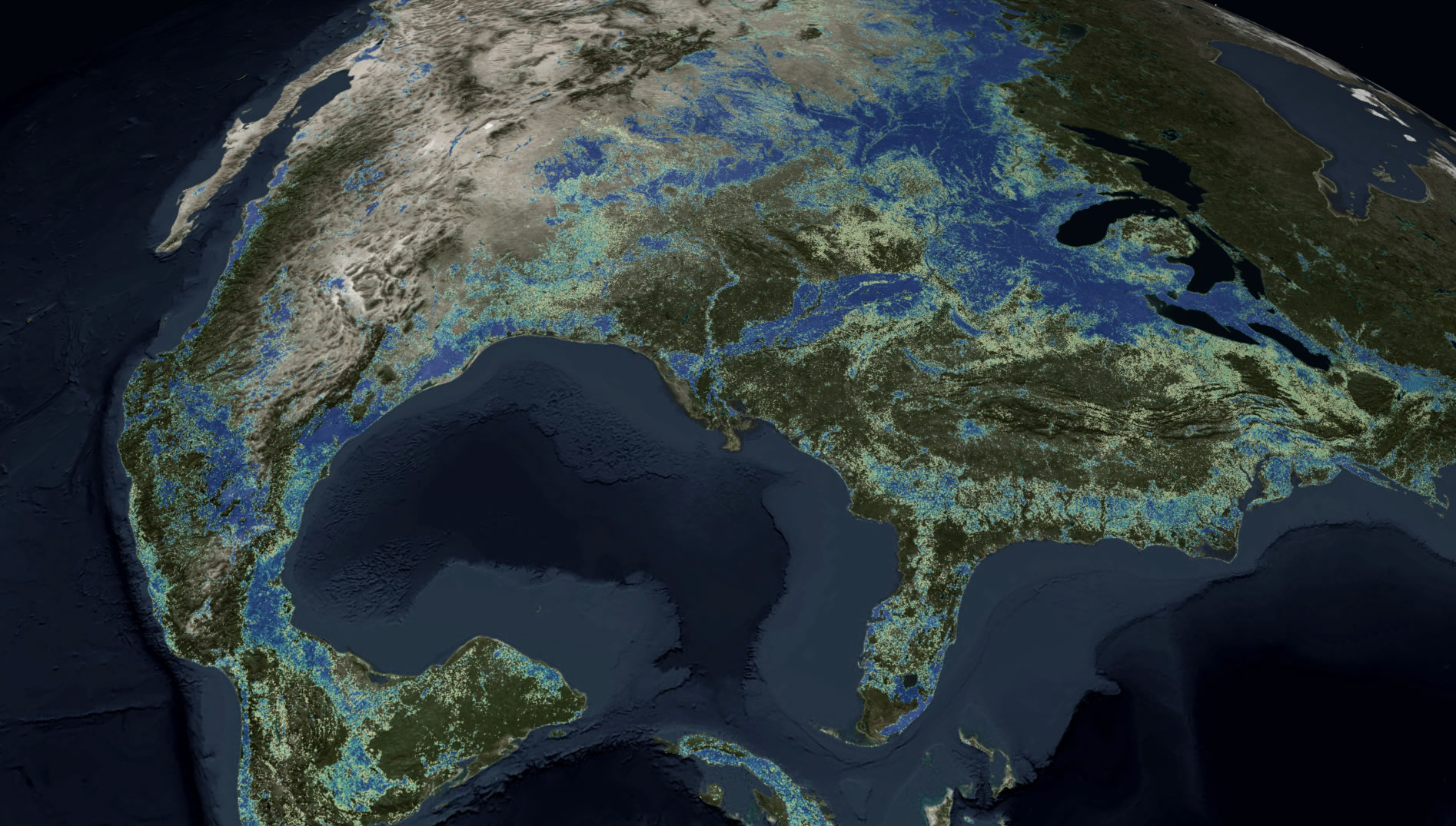 “The Vibrant basemap was a real adventure, the sort of adventure that map nerds relish. We started with Esri’s Ecological Land Unit map and boosted the saturation to meet the bold Half-Earth brand palette and draped multidirectional hillshading over this. We then wove in high-resolution satellite imagery a bit more with each zoom level closer to the surface, so that the view transitions from an amplified abstraction of Earth at a global view to a fully literal picture of landscapes at a close scale. 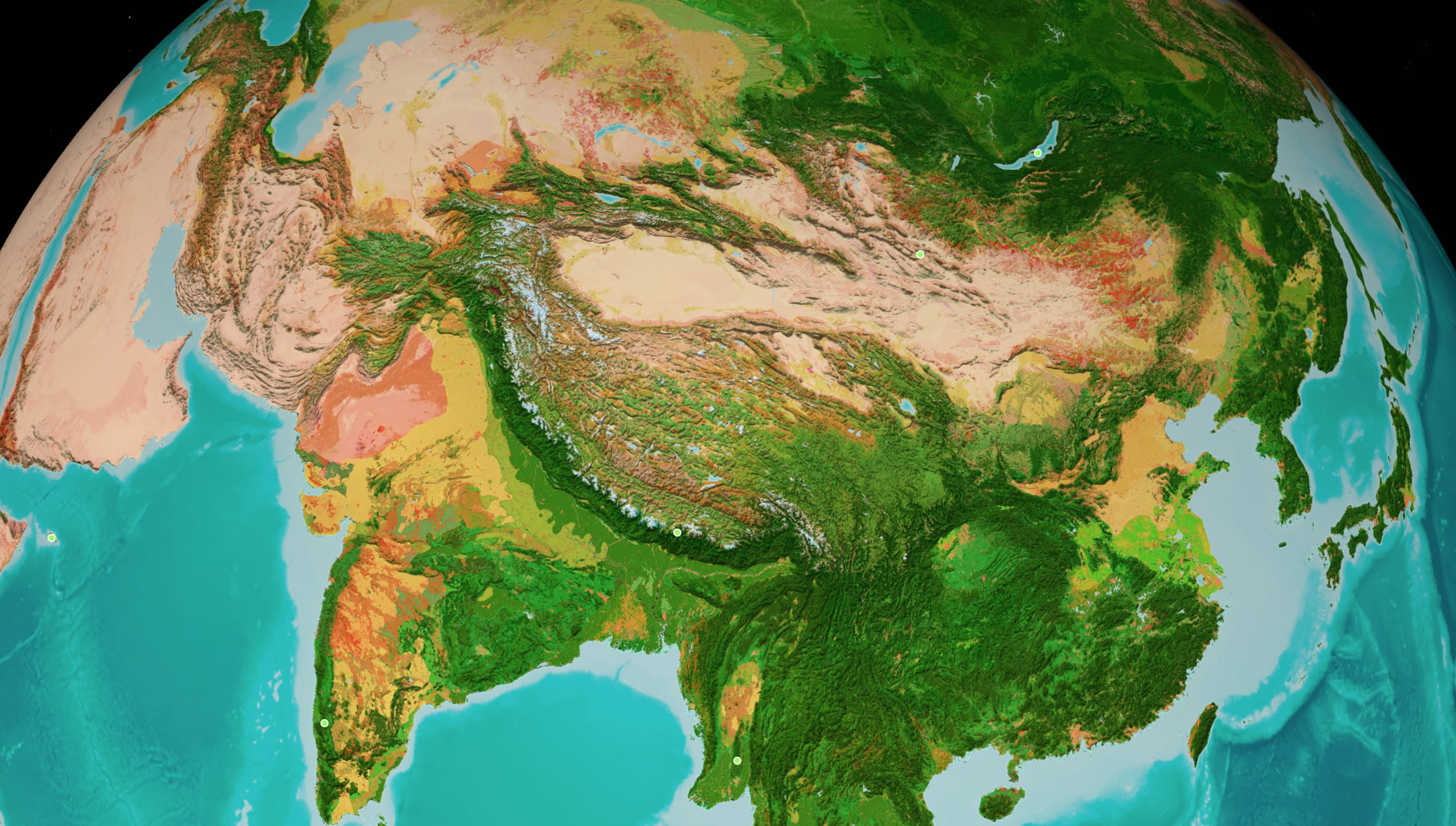 “Collaborating and iterating with the team was a lot of fun, and I’m really happy with how the basemaps turned out.”

If you want to read more on Half-Earth Day, there is a huge amount of resources on the Half Earth   website where you can view the gorgeous maps designed by Nelson or just see what all the fuss is about.

So, you’ve got the resources, you have the information, and you are probably feeling that sense of impending doom What can you do?

We desperately need to conserve half the Earth and seas and stand up and spread the word of this global call to action from E.O. Wilson. If you can’t physically help, you can always pledge: https://www.half-earthproject.org/pledge/.