While we may want to believe that archaeology is a trade full of fedoras, whips, and mummies, you shouldn’t always believe what you see in the movies. That’s because when it comes to actual archeological projects, GNSS has emerged as the true tool of the trade.

“Before GNSS, the archeological excavation process was both cumbersome, hands-on, and physically demanding,” says Shane McCartney, a consultant archaeologist at Ontario-based Earthworks Archaeological Services Inc. “We’d be out in the field with 50-meter tapes and pen and paper in hand trying to triangulate, grid, and count off the number of paces from such reference points as ‘the big pine tree next to the fence.’”

Today, Earthworks has exchanged the tapes and paper for the Trimble Catalyst, a subscription-based GNSS solution offering precise (one- to two-centimeter) positioning for the location-enabled workforce. The solution delivers professional-grade positioning as an on-demand, easy-to-use service. Its simple, lightweight, plug-and-play USB antenna—and the fact it leverages the computing power of the Android device already in your pocket—makes it ideal for in-the-field archaeological projects.

The Importance of Accuracy

For Earthworks, the typical project starts with a proposed development. “As part of the approval process in Ontario, developers are frequently required to have an archaeological survey conducted on their property,” says McCartney. “When these surveys result in artifacts being found, they can severely impact development and construction schedules.”

Qualified archeologists like Earthworks help often-panicked developers survey the site for surface artifacts. Although this initial stage mainly involves straight-forward data collection, accuracy plays an essential role because many regulations specify a number of artifacts per area to determine whether excavation is needed. For Earthworks, this means every time an artifact is found on the surface, its location can be recorded using one- to two-centimeter precision. 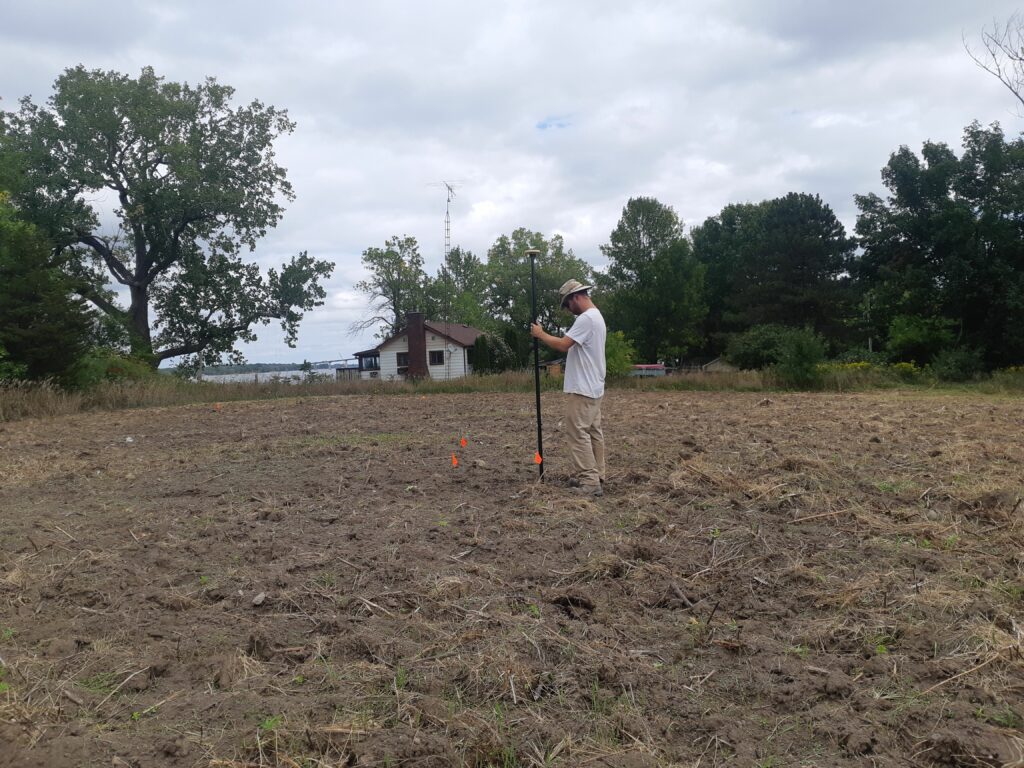 GNSS has become an integral component of archaeology as users are able to pinpoint significant finds and compile them in a GIS system with data and images, thus eliminating paperwork and saving archaeologists hours of time.

“We use Catalyst to record the location of each separate artifact and then go back afterward and use this data to determine whether the site requires further work per local regulations,” explains McCartney.

McCartney recalls one project where another company did the initial surveying but whose data collection wasn’t as accurate. When Earthworks revisited the site for test excavations, it found the site’s dimensions had been overestimated, meaning Earthworks’ personnel was able to reduce the scope of work.

“Using Catalyst’s one-centimeter accuracy, I was able to more accurately record the size of the site and where I targeted my excavations,” says McCartney. “If it wasn’t for this high-degree of accuracy, the developer may have, unknowingly, been on the hook for a larger budget than was necessary.”

Luckily, that wasn’t the case. Per the regulations, the project moved on to the test excavation phase—a phase that involves excavating, for example, one-meter-square units in a grid pattern across the entire archaeological site.

According to McCartney, accuracy is also extremely important at this stage. “If things are off by even just a meter, there can be issues down the road,” he says. “If the regulator misinterprets what’s been done based on an inaccurate dataset, they will require you to go back and do additional work that may not be needed, which risks delaying the project timeline and costing the customer money.”

Earthworks is able to avoid such issue with the Trimble equipment. They then build a georeferenced grid based on the initial readings. “This grid is as accurate as you can get without moving to professional grade surveying equipment,” adds McCartney.

Sometimes when an archaeological site will be impacted by a development, a full excavation is needed, as was the case for a recent project in Grimsby, Ontario. The project involved a property containing a historic, mid-19th century house that was going to be incorporated into a new housing development in the center of town.

“The initial archaeological survey of the property recovered artifacts associated with the house, while the Stage 3 test excavations indicated evidence of an earlier settlement dating to the 1820s and 30s,” says McCartney.

A full excavation begins by hand with the archaeologist recording the site and digging holes every meter in the grid pattern, sifting through the soil, and looking for artifacts. Once the hand excavation is complete, the mechanical excavator comes in to remove the topsoil so the archaeologist can look for evidence of subsurface features, such as foundations, pits, or privies.

Before GNSS, this recording process would have required the archaeologist to hand draw the features on a map and digitally trace using Corel Draw, for example. This type of manual process meant nothing was being accurately geo referenced.

Now, McCartney simply acquires a GNSS point and takes a corresponding photo of the feature. “All of this basic information is recorded directly on the system, and I use the photo function to have an image associated with every record,” he says. “With Catalyst, I also get equal or better GNSS positioning with the bonus of being able to create the polygon feature online. It really streamlines the whole process, removing six or seven steps in creating a full site plan.” 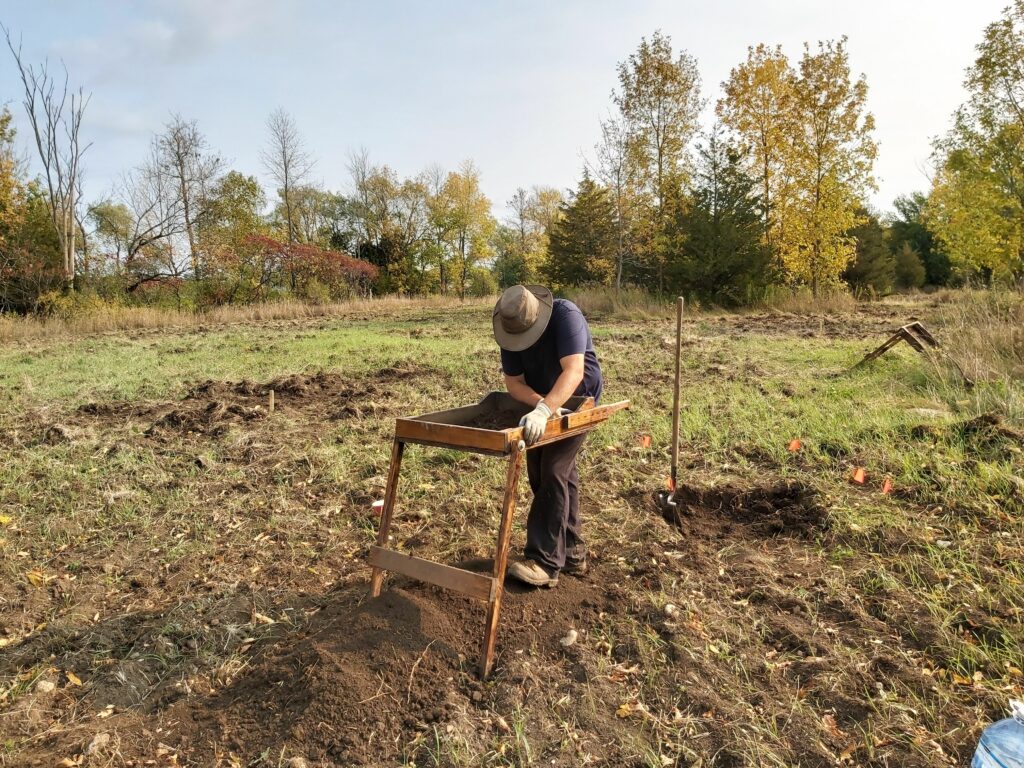 An archaeologist sifts through dirt looking for relics in the area of a significant find.

This streamlining continues back at the office with the data being incorporated into widely available GIS software. As McCartney explains, the collected data is processed and used to geo-reference the photos of archaeological features, which are then converted to polygon features for use in report mapping and data analysis.

“The end result is a geo-referenced, accurate report map that we can provide to the client and regulator,” adds McCartney. “This is a big value add for our clients and, thanks to Catalyst, we can produce it with just an hour or two in the office.”