We have seen over the past four decades how our traditional profession of making maps went from obscurity to mainstream to widely adopted, everyday reality. When I attended university for my geodesy degree in the early 80s everyone who had a car also had a road map in the glove compartment—from a basic road grid in foldable format to entire books with exquisite details and useful notations. But these initial navigational aids were not very accurate and every time there was a change in topography or an addition to the road infrastructure, they became obsolete and required a new printed version.

Forty years later almost everyone on the planet is walking around with a GPS-enabled phone and a navigation app that has the latest version of the topography of the user. This is not a simple thing to do, and it took years for the technology to be as reliable as it is today.

Another example of how our once little-known profession is now available to the masses is the use of drones and standard-issued ground vehicles to perform the most delicate and precise surveys possible. With the development of point clouds at reasonably high speeds, all types of vehicles are being converted into sophisticated surveying platforms and the results are breathtaking.

Just a couple of decades ago, surveying instruments where the realm of specialized stores that carried all the familiar brands—Leica, Trimble, Zeiss, and many other traditional players in a relatively small industry. Today, there are hundreds if not thousands of smaller players, mostly from Asia, that can produce high-precision tools at low prices, making innovation a must for the established brands.

Now there is an interesting development that is threatening to turn our smartphones into a real precision surveying tool and therefore adding another layer of “democratization” to an already diluted profession.

This technology is known as UNION (Undifferenced and Uncombined Positioning Engine; www.union-navigation.eu/) and is a collaborative research and development European project funded by the Global Navigation Satellite Systems Agency (GSA). The partners that make it possible are ROKUBUN (www.rokubun.cat/), acting as the coordinator, and the Cartographic and Geological Institute of Catalonia (ICGC; www.icgc.cat/en/). The project has also received the financial backing of the European Union Agency for the Space Program (UESPA; www.euspa.europa.eu/).

The goal of the project is to develop a technology that provides accurate and real-time navigation for mass-market devices, such as drones, autonomous vehicles, and smartphones, among others. Initially, UNION technology will be validated and demonstrated for two relevant applications (verticals): road and location based services (smartphones). 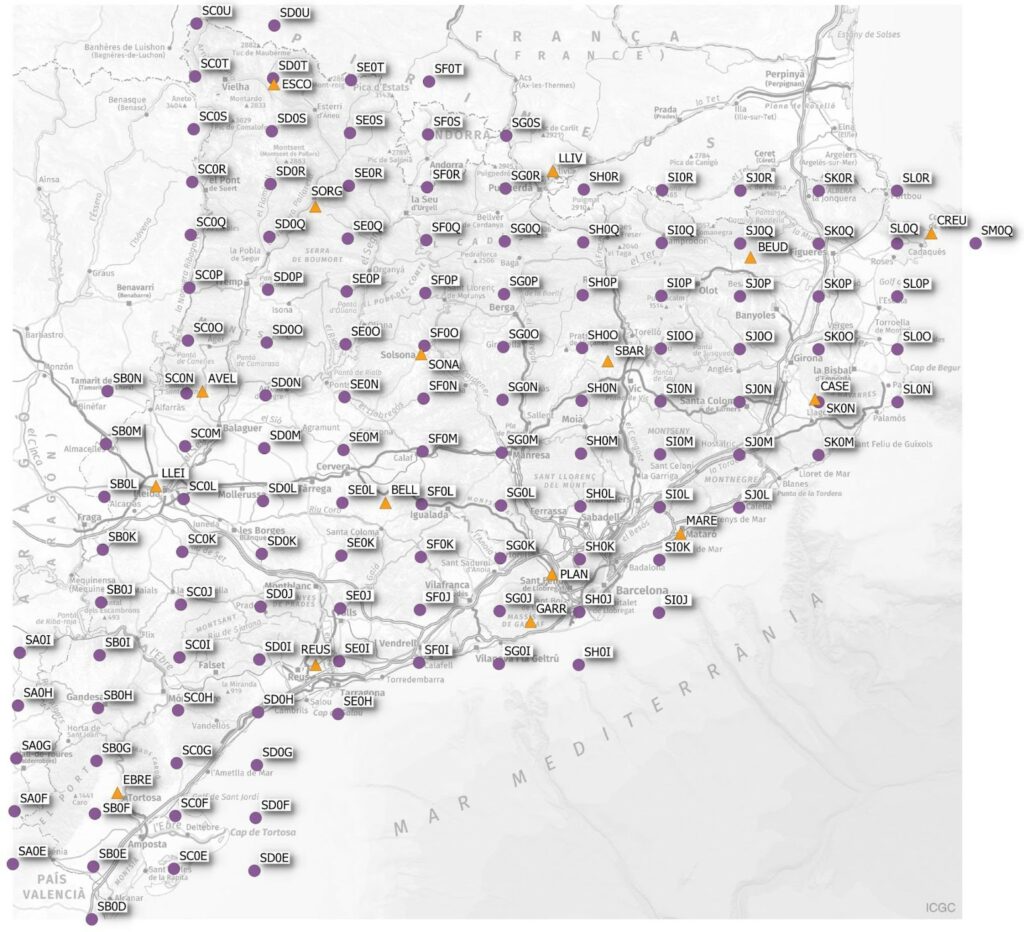 Proposed Grid of PVRS in the Province of Catalonia.

UNION leverages the strengths of Real Time Kinematics (RTK) and Precise Point Positioning (PPP) techniques, plus the future Galileo High Accuracy Service (HAS). UNION aims at mitigating some main limitations of those techniques, such as the poor scalability of RTK and the slow convergence time of PPP.

With the popularization of driverless cars and uncrewed aviation, soon our profession will be needed two-fold. First, there will be a need for ultra-precise maps to serve as the reference for all these autonomous vehicles, aerial and otherwise, to navigate an intricate and ever-changing topography. Secondly, the GNSS constellation that today we use routinely will now be required to provide uninterrupted positioning to vehicles carrying people and valuable cargo that would depend entirely on this communication to safely travel from Point A to Point B without human intervention.

In order to accomplish these goals, the proposed UNION technology generates the following new set of GNSS receiver technologies:

A Location Stack: UNION is based on a new navigation filter for mass-market GNSS exploiting the concept of undifferentiated and uncombined processing of GNSS measurements and complementary data sources (Wi-Fi RTT, IMU, 5G, and others), which allows going beyond a smart combination of PPP-RTK techniques. This location stack is codenamed SPEAR.

Galileo HAS corrections: Rebroadcast the HAS messages found in Galileo E6 so that non-E6 receivers can benefit from it. Galileo HAS will provide a positioning performance in the 20-centimeter (7.9 inches) range, disseminating Precise Point Positioning (PPP) corrections through the Galileo E6-B signal.

In the past, a series of CORS (continuously operating reference stations) have been traditionally used for accurate navigation that relies on RTK technology and techniques such as Virtual Reference Station (VRS) specifically targeting high-accuracy geodesy and surveying. 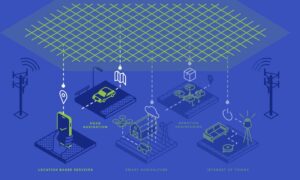 The goal of the UNION project is to develop a technology that provides accurate and real-time navigation for mass-market devices such as drones, autonomous vehicles, and smartphones, among others.

By establishing these permanent stations virtually, UNION guarantees that within the confines of its covered area any device capable of receiving the GNSS signal and the correction from the PVRS system will have accuracy that could be measured in centimeters, allowing autonomous vehicles to stay inside lanes or corridors with uncanny predictability.

At the same time, any smartphone capable of receiving the navigational signal and the corresponding correction will have high-precision location, opening the door for GIS-grade applications that might replace current costly equipment.

The implications for the mapping industry could be huge. Imagine a world in which any surveyor equipped with just a smartphone will be able to take measurements that in real time will yield results with centimeter accuracy, perhaps not good enough for geodetic work but acceptable for GIS applications.

If this work is also supported by drones using the same system to do ultra-precise flying of large areas, a new era of democratization of mapping is opening before us. The challenge for our profession in general and each individual surveyor in particular, is how, when, and if to adopt these technologies that promise to make our working lives easier but at the same time open the door for non-surveyors to enter an already competitive arena.