Know your PPK from your RTK: How GPS correction systems are changing our understanding of landscapes

Accuracy and precision are essential for any mapping or surveying task. When deploying a drone to do either, pinpoint location information can be enabled with GPS correction technology. There are two emerging and developing methods for doing this, namely Real Time Kinematic (RTK) and Post Processing Kinematic (PPK). RTK and PPK build on and enhance the traditional method of deploying Ground Control Points (GCP).

Up in the sky, but guiding us down on the ground 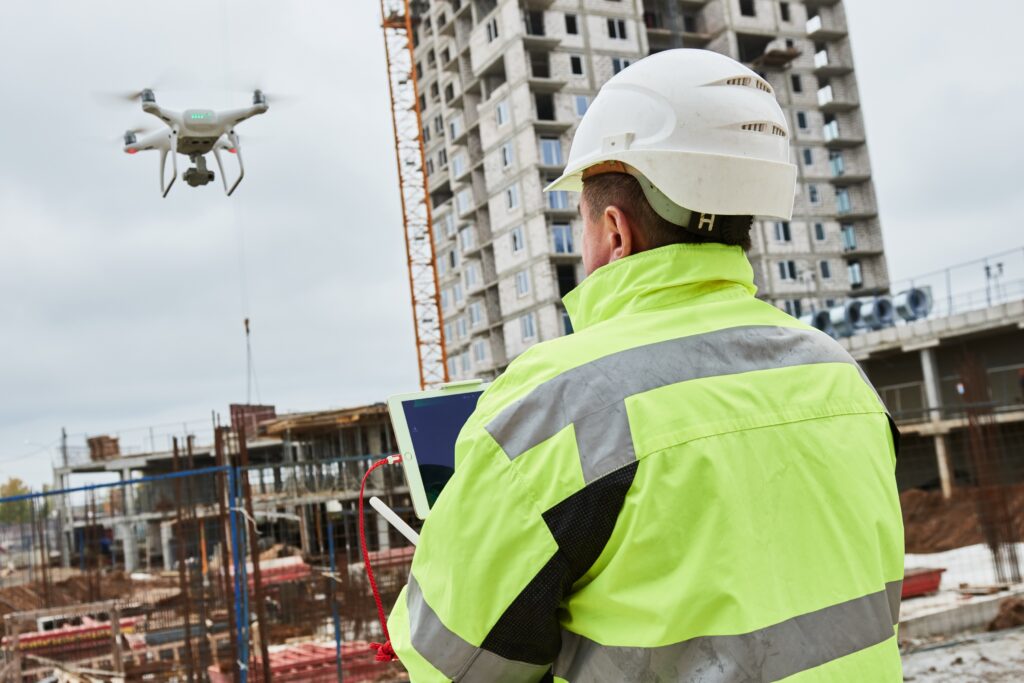 The Global Positioning System (GPS) is a network of satellites that track position and aid navigation. GPS may still seem like magic to many of us but the technology has actually been around for some time. Just think of your smartphone, which uses GPS technology to track your location at any time, including where you are currently.

Smartphones are still comparatively recent nonetheless. Originally developed in the 1970s by the United States military, within a couple of decades GPS systems had been opened up to the public and are now very much a part of our daily lives.

Anyone with a standard GPS receiver can determine where they are on the planet. The accuracy isn’t 100 percent though and when a more precise location is needed, GPS data must be corrected. This is important when you’re modeling a map or surveying a site where the need for precision is paramount. There are a number of ways to do this, but when looking at drone surveys, two methods in particular are paramount.

These methods are required to correct GPS data in real time or apply the corrections after GPS data has been collected. That brings us to GCPs and PPK and RTK techniques. Which one is used—and how they are used—can have significant implications for any mapping or surveying project.

Why precise locations are essential for drone operations

A standard drone without the ability to return accurate location information is essentially just a flying machine with a camera on it—great for shooting videos over beautiful spots but not much use for surveying purposes. 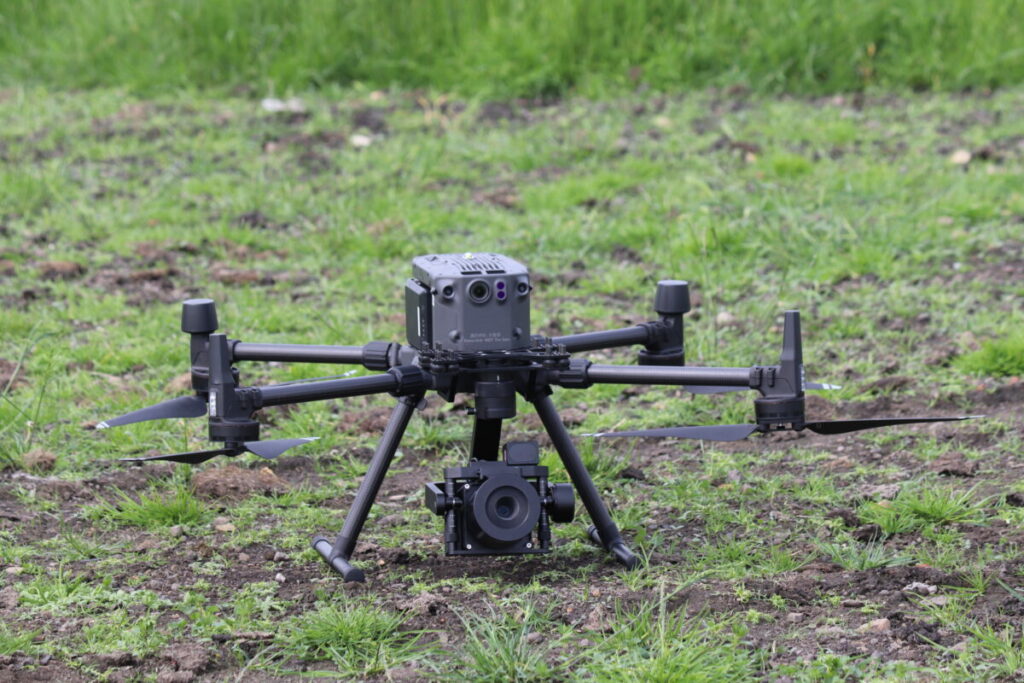 Being extremely accurate, keeping to time constraints and budget is crucial for certain drone operations, notably mapping and surveying. These essential requirements become even more important the larger the scale of the project.

Traditionally, the responsibility for returning accurate location data lay with the surveyor on the ground. Surveying techniques have developed since ancient times as explorers began traversing the globe in search of new lands and precious wonders. But the fundamental truth remains: To determine locations and distances, the positions of objects need to be recorded and the distance and angles between each point need to be calculated.

Ground Control Points (GCPs) are built on this principle. GCPs are simply a location or an object (often denoted by a painted cross) located on the ground that has accurately known coordinates. GCPs are used to provide precise geo-references. Using GCPs enables a drone to return very accurate data on exactly where it is and how far it has traveled between two places. GCPs are the original way of enabling location accuracy when flying a UAV, and they consistently return high levels of accuracy.

The trouble with GCPs

The thing with GCPs is that they’re a bit of a pain to set up. Laying them takes a lot of time and the task can require a crew of people, vehicles, and equipment along with paperwork requirements for access authorizations and permissions. 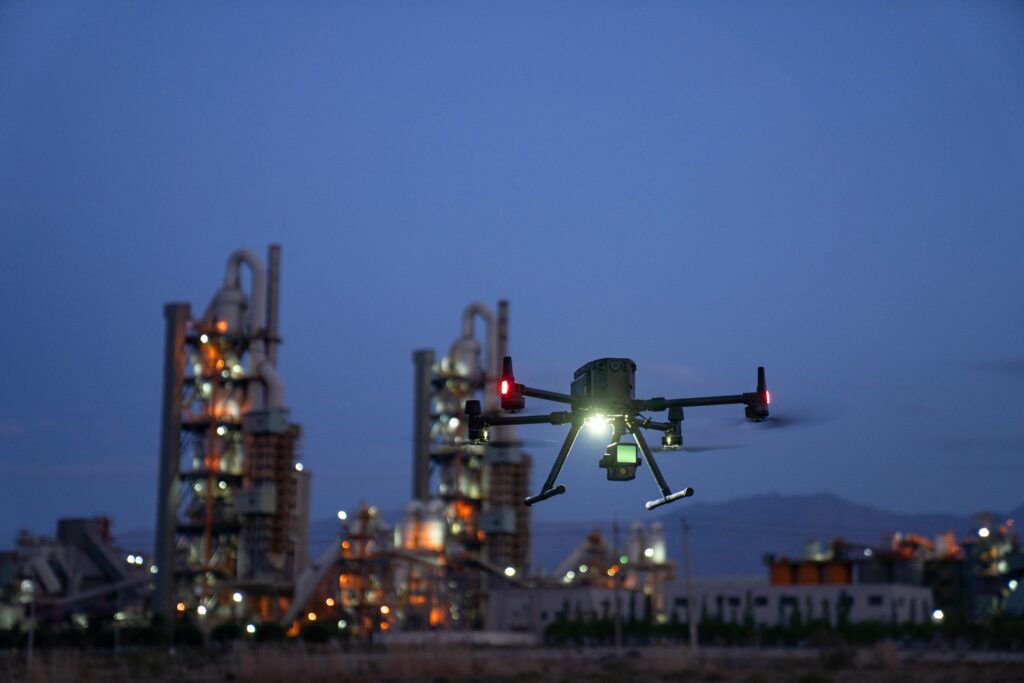 As with anything that is inefficient, clever and quicker solutions have been developed. Using drones to map or survey large areas is intended to be lightning quick compared with a team of surveyors painting crosses on the ground. And a sufficient number of known points (GCPs) are needed to verify and adjust the drone imagery to the ground. All of this is resource intensive. Sometimes GCPs are either just impossible to set up in remote locations or hazardous in certain environments.

GPS Correction Technology inbuilt to the processing of a drone doesn’t require the same timely and expensive prep work as setting up GCPs. Differential correction techniques are used to enhance the quality of the location data gathered from GPS receivers. This is Differential GPS (DGPS).

The drone buyer has two options for implementing a DGPS solution—PPK or RTK. There is some debate as to which is the better choice.

What is PPK and RTK?

Real Time Kinematic (RTK) is a GPS correction technology technique that provides real-time corrections to location data as the drone is surveying and capturing images from a site.

Post Processed Kinematic (PPK) is a GPS correction technology technique that corrects location data after it is collected and uploaded. The data can be uploaded to the cloud for processing or processed using specialized software on a desktop computer after the flight concludes.

Drone RTK processing records GPS information and geotags the images taken as they’re captured during the flight. The ground station also sends raw GPS data to the drone. Software combines that info along with the UAV’s own observations to accurately determine the flight unit’s position relative to the base. Data is fed via mobile data, Bluetooth, or WiFi connection.

With PPK techniques, the drone will geotag coordinates to each image it collects. While this is happening, a base is also recording positional information, using accurate triangulation calculations. After the flight is over, the two sets of GPS data are matched up. Then the initial, somewhat inaccurate, onboard GPS data is corrected, which provides precise geotags for the points being surveyed.

So, which is best: PPK or RTK? While our innate disposition to want everything faster, live, and in real-time might immediately steer us to RTK technology, it certainly isn’t always the case that RTK is superior to PPK. In fact, the opposite is often true.

Both of the technologies are quite similar, but which is best for any given project largely depends on the nature of the task at hand.

The pros and cons of RTK

As deploying an RTK drone provides live corrections to data onsite and geo-tags throughout the flight in real-time, RTK saves time by ensuring no post-processing is required.

However, a drone utilizing an RTK system requires a constant and consistent connection. Outages do happen and signals can be disrupted if the drone is being flown over a large area. If signals are lost, then it can result in a loss of correction data with the potential for inaccurate gaps during the flight.

A little bit like driving your car, when an outage in GPS signal disrupts the satellite navigation system, while you might get a little confused or momentarily lost during a road trip, the results are far more significant when drone mapping and surveying.

RTK works well in flat terrains without trees, mountains, or other obstructions and landmarks to get in the way of the communication between the drone and the required base station.

RTK also works best with a solid spec setup. Strong communication systems and a consistent connection both from the ground and the device in the air are essential. The DJI Phantom 4 RTK is a good example of an effective RTK drone that has done well in survey-grade tests producing good results in point-to-point measurements.

The pros and cons of PPK

There is an argument that PPK systems can actually be quicker than RTK’s real-time recording. That’s because PPK doesn’t require a team to spend time setting up a data connection upon arrival on site. Whether this is a tangible time saver will depend on the conditions on-site and the scale of the area in which the drone is being deployed. Inherently, a PPK drone survey will require more time after the flight to allow for processing the data gathered and to implement GPS corrections.

Certainly, PPK is likely to be more dependable than RTK, as the activity does not depend on signal strength or GPS communication between the drone and the base site. PPK systems allow for greater flexibility and can be flown in more challenging environments where signals might otherwise be blocked by large obstructions disrupting communications.

A PPK drone would outperform an RTK one on longer flights and PPK drones are particularly suited to Beyond Visual Line of Sight (BVLOS) activities. BVLOS operations are likely to become more commonplace as the versatility and application of drones becomes ever more proven when performing over greater distances. The Wingtra Fixed Wing PPK drone is a particularly robust UAV suited for long flights and long-distance surveying applications.

Whichever system is the “best” or simply the “best suited” for the project being planned, it is abundantly clear that drones fitted with GPS correction systems are revolutionising mapping and surveying. This is in terms of efficiency, the quality of data and imagery captured, and is just as importantly in relation to safety.

And it doesn’t have to be an either/or situation. For example, during the massive task of accurately mapping sections of the Yangtze river—the longest in Asia—The People’s Municipal Government of Zhenjiang commissioned a provider to survey the 400 square kilometre area. They used both PPK and RTK systems, coupled with marked control points, which were still set up to confirm the accuracy of the data being returned. The team then used a Pix4DMapper to reprocess the images captured from the drones. Fabled explorer Marco Polo was one of the early Europeans to travel the Yangtze in the 13th and 14th century and his writings were used to produce the first maps of the 6,300 km waterway. The drone team completed the entire project in just one month. Signore Polo took years and years.

Elsewhere, when Shetland College joined with the Institute of Northern Studies and Shetland Flyer Aerial Media in 2019 to explore the remote and mysterious Kame of Isbister, they utilised a DJI Phantom 4 RTK SUA. The drone was equipped with a real-time RTK system manufactured by Emlid.

The collaboration created a 3D model of the headland and mapped the late Pictish/early Medieval monastic structures on the rocky promontory. The drone with GNSS RTK receiver onboard proved it could gather high-accuracy data to create accurate models and maps of a hard to reach archaeological site.

It’s not just beautiful—if not remote locations—where drones with GPS correction tools can achieve great results either. When the world’s biggest blasting and commercial explosive services company, Orica, wanted to survey the enormous Union Bridge Quarry in Maryland, they also turned to a DJI Phantom 4 drone equipped with both RTK sensors and PPK tech to do so.

The UAV returned thousands of geotagged images to survey the site to determine blast volumes ahead of the quarry’s planned decommissioning at the end of 2020. The drone application has replaced the once-yearly helicopter or aeroplane survey. Orica now assesses the site on a monthly basis, which has significantly increased the information that the company possesses on the limestone quarry, which produces some 3.5 million tonnes per annum.

It really is impressive stuff. And while those examples are on a large scale, the use of PPK and RTK is spreading throughout all manner of sectors. From the relatively small agricultural farming to the longest rivers and biggest mines in the world, the small flying machine returning enormous amounts of accurate and precise location and measuring data has a big role to play.