It is said that we know less about our own planet than we do of the Moon and Mars. Over 70% of the Earth’s surface is covered by water, and yet we have a far-from-complete understanding of what lies at the seabed. Understanding the shape of the seafloor will enable us to effectively manage resources, gain an insight into ever-shifting climate patterns, and make better-informed policy decisions.

The Nippon Foundation-GEBCO Seabed 2030 Project aims to produce a freely available, complete map of the world’s entire ocean floor by 2030. As the name indicates, Seabed 2030 is a collaboration between the Nippon Foundation, Japan’s largest philanthropic organization, and the General Bathymetric Chart of the Oceans (GEBCO), which has over a century of experience in ocean floor mapping. The project has set out to produce a high-resolution bathymetric map in support of the UN Sustainable Development Goal 14 for the sustainable management of the oceans.

The latest GEBCO grid was published in early 2019, covering 15% of the ocean. This figure has more than doubled since the publication of the previous grid in 2014, which covered just 6.4% of the ocean. As the project develops, the GEBCO grid will be updated annually.

Since the launch of Seabed 2030 at the UN Ocean Conference in 2017, over 100 organizations spanning 50 countries have supported and contributed to the project. Seabed 2030 is spearheaded by leading ocean scientists and has four regional centers and a global center. With the ocean divided into four regions (Southern Ocean; South and West Pacific Ocean; Atlantic and Indian Oceans; Arctic and North Pacific Oceans), each regional center is responsible for assembling and compiling bathymetric information within their allocated area. Data collected by the regional centers is then passed on to the global center that produces and delivers GEBCO products. 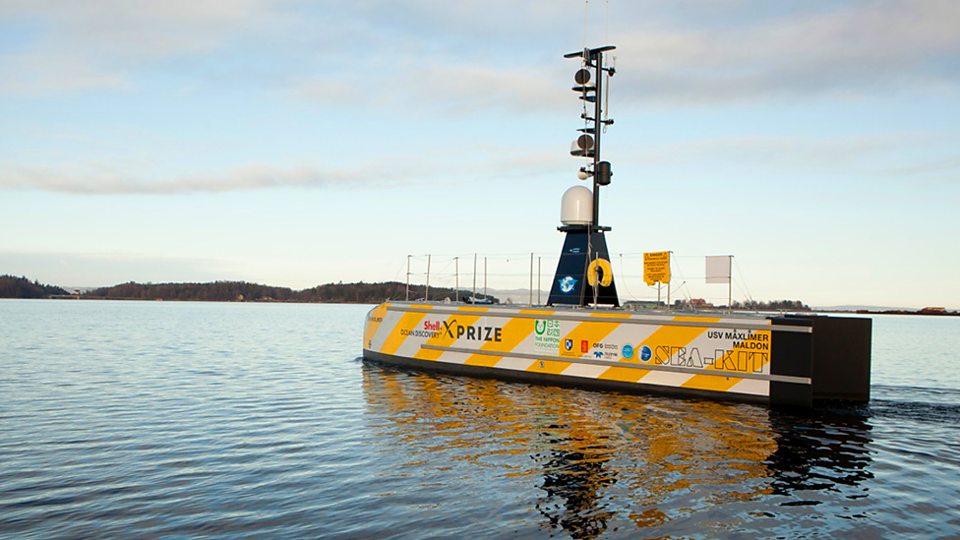 Crowdsourcing and collaboration are vital to Seabed 2030; the production of the GEBCO grid is ultimately an international effort, supported by global mapping initiatives. An example partner is the Shell Ocean Discovery XPRIZE; early last year, the GEBCO-Nippon Foundation Alumni Team, comprised of alumni hailing from 13 countries, won the prize of $4 million. The winning concept used the SEA-KIT unmanned surface vessel Maxlimer, alongside the Kongsberg Maritime HUGIN autonomous underwater vehicle (AUV) system. The vessel is able to operate at depths of up to 4,500 meters and can autonomously launch and recover the AUV.

At a recent conference, the chairman of the Nippon Foundation, Yohei Sasakawa, outlined three areas of focus for the project. The first is facilitating the mapping of unexplored areas of the ocean; Seabed 2030 has already collaborated with expeditions, such as the Five Deeps Exhibition, to gather data in remote areas and plans to increase efforts to collect bathymetric information. Other areas of focus include crowdsourcing data and facilitating advancement in technology to improve efficiency in data collection.

As multibeam echo sounders become more affordable, it will be possible to equip more vessels to contribute to the global effort. The increasing availability of this technology will also facilitate new applications. Further, the evolution of remote technology or vehicles that can map the seafloor without a human onboard will also play a critical role.

With the establishment of Seabed 2030, the effort to map the world’s ocean floor has gained much momentum. However, mapping the entire ocean floor is no easy task, and further collaboration and cooperation are needed in order to realize this shared goal for humanity.