The topography of the bedrock under the Antarctic Ice Sheet is critical to understanding the dynamic motion of the ice sheet, its thickness, and its influence on the surrounding ocean and global climate. In 2001, the British Antarctic Survey (BAS) released a map of the bed under the Antarctic Ice Sheet and the seabed extending out on to the continental shelf derived from data collected by an international consortium of scientists over the prior 50 years. The resulting dataset was called BEDMAP.

Years later, BAS released this update of the topographic dataset called BEDMAP2 that incorporates 25 million measurements taken over the past two decades from the ground, air, and space. BEDMAP showed the continent as the ice-covered sheet it is. BEDMAP2 (above) magnified the vertical scale by a factor of 17 and show the continent’s bedrock geography.

With effects ranging from influencing ocean currents to raising sea level, Antarctica plays a large role in the global climate system. Researchers are using a variety of methods to understand how Antarctica will react to a changing climate, but limited information on ice thickness and what lies beneath the ice made this work challenging. Now, thanks BEDROCK2 scientists have a new detailed map of the frozen continent. 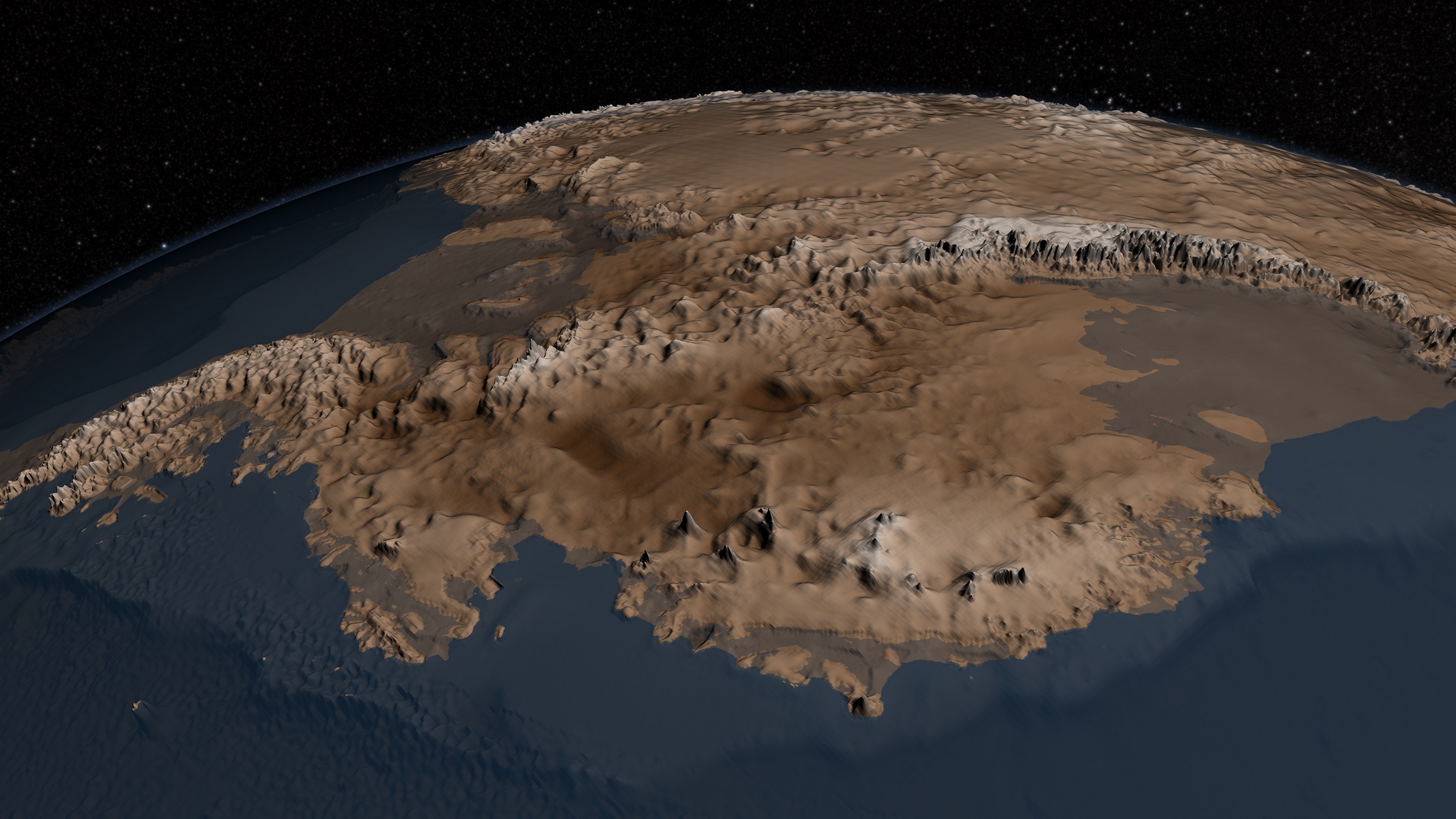