xyHt staff were out in force at the world’s largest geospatial conference in Frankfurt in October, and here’s what we saw of special interest. 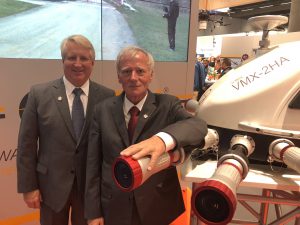 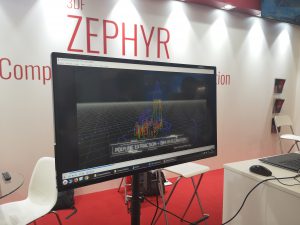 Extraction of useful information from point clouds and imagery is getting better by the day. At Intergeo I saw many new tools for converting imagery to mesh and extracting objects like building footprints, but one company that really stood out was Flow 3D. They were demonstrating extraction of 3D lines from point clouds for objects like roof edges and building extents, and they say they’re already working on full 3D object extraction, so 3D lines is just the beginning. 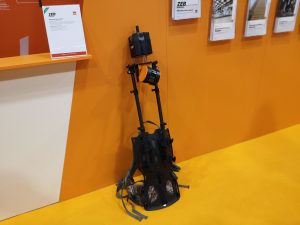 The buzz around the GeoSLAM stand was all about the Zeb Horizon. Similar to the normal Zeb, this unit is slightly larger, can capture up to 100m, and captures 300,000 points per second. But what really makes this exciting is that it’s light and designed to be mounted under a UAS and on a backpack, which was comfortable to wear, too. According to demonstrations, it looks really easy to use. 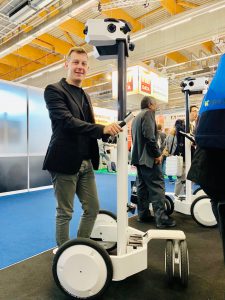 3D is so yesterday. The NavVis M6 indoor mobile mapping system from Munich might be the coolest thing I saw.BIM pros will enjoy its mobile lidar system and its mapping software for survey-grade scanning of indoor facilities. It has a multi-camera head that captures photorealistic 360-degree imagery and point clouds.

But the best part is its 6D SLAM (simultaneous localization and mapping) tech that accurately maps the changes in elevation and uneven surfaces in 6 degrees of freedom. Where older indoor static laser scanners assume that the floor is flat, the NavVis determines the position and orientation of the system in X, Y, Z, and yaw, pitch, roll. This results in a more realistic model of, for example, construction sites with rough surfaces and in existing buildings with sloping multi-level parking.

In February 2019, QGIS 3.4 will become the long-term release, meaning it will be maintained as the stable version of the popular GIS software. I got a sneak peek at Intergeo and was shown a lot of the new 3D rendering capability, including some of the mesh styling and allowing 3D data to be printed (paper, pdf, or image).