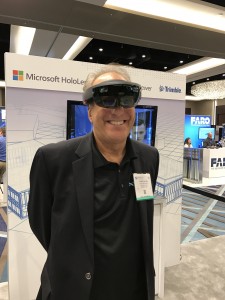 I’m trying out a HoloLens at Trimble’s booth.

I’ve attended SPAR every year since its inception in 2004, always while working for a vendor for 3D laser scanning products. This year, sporting my new xyHt shirt, I viewed the event from a different perspective.

Let me preface this “review” by noting that I did not do a complete walk-around of each vendor’s booth; my available time for vendor visits only permitted some based on on-site recommendations from industry-knowledgeable peers. Although I didn’t learn of any startling breakthroughs this year, I did notice what I thought were noteworthy trends. Here they are.

VR Is Getting Traction

I saw traction in a couple of ways. First were solid case study presentations and user references where the benefits of virtual reality were clearly articulated and documented. These were in the design domain where VR—which virtually immerses the participant in a scene that can reflect reality and/or a proposed design—enables more effective communication of proposed designs and existing conditions to clients and project stakeholders. The most popular immersive means was some sort of headset or goggle (e.g. Oculus), not caves or large immersive wall displays.

In addition to practical case studies and project references, more vendors than ever were sporting new or improved VR solutions. Noteworthy was Trimble’s demo of a “mixed-reality” solution using Microsoft’s HoloLens goggle that enables the wearer to see both virtual reality and his/her surrounding physical world at the same time: useful for not physically bumping into walls or falling off a stage while you use it. 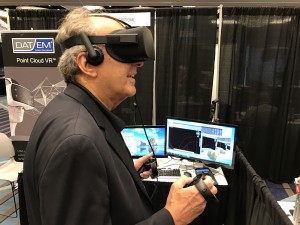 DAT/EM unveiled Point Cloud VR which does exactly what the name implies, including the ability to take measurements using handheld gaming controllers

Another example: DAT/EM unveiled Point Cloud VR which does exactly what the name implies, including the ability to take measurements using handheld gaming controllers. My take is that VR has progressed beyond video gamers into the AEC world and now has momentum there.

Scanning in Construction Is Hot

It’s been clear the last couple of years that 3D laser scanning was in a strong uptake mode for construction projects at various project stages. What I saw at SPAR 2017 was that this segment, especially construction validation, is now officially hot. Again, I saw evidence via multiple case study presentations. 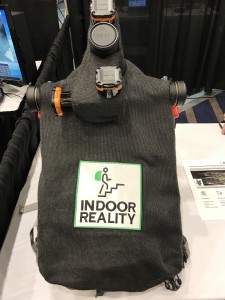 In one presentation, a representative from VIATechnik (BIM, VDC, and VR Services provider) told attendees, “The use cases for reality capture have exploded in the VDC [Virtual Design and Construction] space.”

Walk-around Scanning/Mapping Is Getting Traction

We’ve all read announcements over the last few years of new scanning/reality capture handhelds, backpack solutions, push-carts, etc., many of which are targeted at indoor mapping. Because they’re mobile, they all boast high productivity compared with static scanning; however, except for some very short range (<3m), high accuracy tools, most walk-around solutions are in the 2cm – 3cm accuracy range, which is not good enough for many construction or fabrication end uses that high-accuracy static scanning is often used for. So, beyond the buzz, at SPAR 2017 I wanted to see if these walk-around solutions were getting practical traction in the real world. 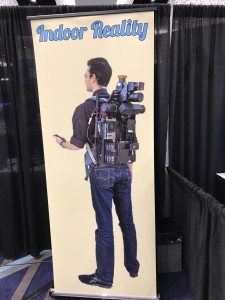 What I learned is that many of these products are indeed selling, and the number of practical case studies documenting their cost benefits are starting to proliferate. In addition, new vendor offerings underscored the growing investment in this space. 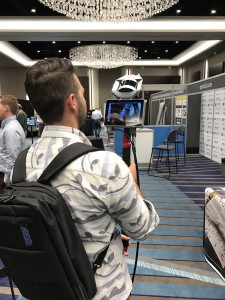 For example, two walk-around mapping vendors unveiled their first production versions: one was a backpack or handheld version from Indoor Reality and the other a handheld (you need two hands) by Paracosm.

Other vendors were showcasing the very newest versions of their walk-around solutions, and I heard several credible stories of serious interest by noteworthy prospective buyers.

To me, as a long-standing participant in high-accuracy tripod-based terrestrial scanning, my key takeaway was that the 2-3 cm accuracy of many walk-around devices was finally finding viable applications in the as-built, construction verification, and building/site/facility documentation world.

Another observation was that the very close range (<3m) hand-held or tripod solutions with higher accuracy were also finding good applications, and estimated unit shipments for some of these vendors were surprisingly high.