Part 1 in the January 2013 issue introduces John Wasson as a veteran newspaperman, beginning the role of surveyor general of Arizona Territory when it was made a separate survey district in 1870. Wasson’s political appointment stirred controversy; his early tenure included editing one of the most important newspapers in the territory and conducting his job as surveyor general on a measly budget. 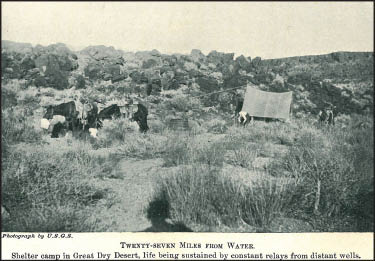 Wasson was a highly intelligent man who not only handled the newspaper end of the bargain but also had to assimilate numerous laws regarding land division.  The mining laws sponsored by William Stewart, the Timber Lands Act, the Homestead Act, pre-emptions, etc. all required different surveys and understanding of the laws.  In his “Report of the Surveyor General of Arizona Territory” dated August 30, 1871, Wasson gives us a glimpse of the problems he faced.  In the first instance he noted that the official records of earlier survey work were done while the territory was part of California and that he would have to proceed to that state to procure the official records and plats.  While there he had to purchase the office supplies, paper, and other necessities of the job that he could not obtain in Arizona, which was probably most everything.  His official instructions from Washington did not arrive until March of 1871, which meant that half the surveying year would be already expired. Thus, he contracted with the first surveyors, proceeded to give them instructions, and ordered the work to advance—all without anything from Washington but copies of the land laws. He was proud to report that, “in all essential particulars, the Department approved the steps taken in advance of specific instructions.”He had hoped to extend the principal meridian line through to Prescott during that first season, but he could not get the army to provide sufficient escort to safely accomplish the task. Indeed, the army would not respond to his requests (the likely reason is that he opposed Kautz in the pages of the Citizen).  He then ordered the surveys to be done in the Gila and Santa Cruz valleys, as they were the most desirable lands available for surveying.  He also had two deputies working the timber lands in and around Prescott.  With that, he used almost the entire allotment for the year.  Wasson was obviously proud of his first year on the job, especially since many farmers in the two valleys named had been in the vicinity for from one to seven years, and now, for the first time, had an opportunity to perfect their titles. 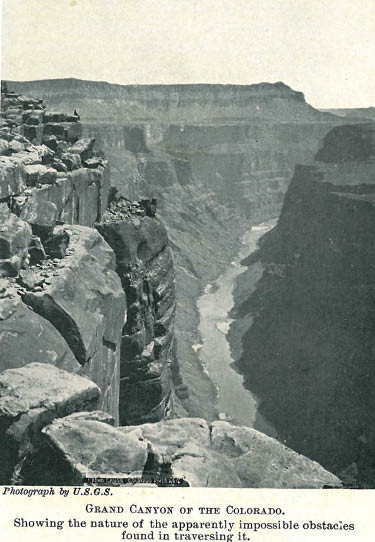 The constant problem posed by the Apache led to many changes in how Wasson approached the surveying of Arizona. As he noted in his annual report, cited earlier, “Excepting near the Colorado River, life and property are not, at this time, regarded safe from Indian attacks in the mining sections; therefore, exploration is checked, development hindered, costs of all supplies increased to astonishing high figures and none but the extraordinarily rich mines can be operated with profit.”  He also reported large stands of commercially valuable timber and many areas of desirable soils available on the table lands and in the valleys near rivers and streams. Wasson noted the fertility of many of these valleys that awaited tillage after it was safe for settlement.  Like an old drum, the Apache problem had to be solved before proper settlement could take place.  At the time he was penning this description and noting progress, the Army, with the encouragement of many of the Indian Bureau supporters, was sending out General Oliver O. Howard to extend another peace initiative, even though Crook was already in the territory organizing his forces for offensive operations when Howard’s (i.e. President Grant’s) peace efforts were through.  Howard’s mission was to make peace with the Apache leader, Cochise, and in this endeavor he was successful beyond nearly everyone’s belief.  However, as noted earlier, Cochise, no matter how bold, great, and sagacious he was, represented only his immediate following, not all of the Apache units.  Wasson, Safford, Crook, and many others had to wait until this drama was played out before taking the lead and eliminating the other units as threats.

In addition to heading the surveying of the territory, publishing one of its major newspapers, and taking an active part in the politics of the day, Wasson also was a major promoter of the territory, sending mineral samples and other interesting materials to the Smithsonian Institute every year.  He cooperated with anyone interested in the territory, sending whatever information was at hand to whoever needed it.  He was widely respected by most in Washington and was appointed by President Grant to represent the territory at the Centennial International Exhibition held in Philadelphia in 1876.  Being appointed to this prestigious position meant additional absences from the territory from 1874-1876.  He often used his Philadelphia visits to travel to Washington to make first-hand reports to the General Land Office, receive additional instructions, and turn over plats, field notes, and testimonies concerning the numerous Spanish and Mexican land grants that had yet to be surveyed.

The surveying and recording of the Spanish and Mexican land grants were to be a continual problem for the surveyor general. Claims were often complicated by the sales of the lands to various and sundry investors (to use a nicer term than “speculators”) who frequently did not have many documents to back up their assertions to ownership.  One of the better-documented cases relative to Wasson’s handling of these claims is the case of the Sykes and Currey claim to the Tumacacori and Calabazas grants [see United States Senate Executive Document No. 207, 46th Congress, 2nd Session, 1880]. The complexity of these claims is handled with great aplomb and understanding of the laws of the Indies, Mexican variations, and sales of Pueblo and mission lands, etc. Wasson’s opinion in this case is a marvel of clarity and historical accuracy. For a report and recommendation it is a literary gem: easy to read, understand, and follow throughout.  His explanation of the surveying technique used to lay out the lands for the Pueblo, the church, and the presidio makes it easy to comprehend what is often incomprehensible.  In his statement of opinion, Wasson also gives the reader a brief history of the territory under three very different rules, ending with the occasional seizure of Mexican-owned lands by incoming American “entrepreneurs” and military commanders.  In this particular case, Wasson found that the Dykes and Currey claim was quite legitimate and legal, having followed all of the required steps and having most of the necessary documents, a rarity in most other Spanish/Mexican held lands.  For someone who was called “utterly incompetent and in every way unfit” for the job, Wasson had a creditable career lasting three four-year terms under two different governors and three presidents. In the end even his old nemesis, the Miner, recognized him as a fine civil servant and honest man, even if he kept poor company at times.

When Wasson’s last term was up, he moved on to the Chino ranch of his old friend and mining engineer, Richard Gird. There he experimented with beet sugar and ornamental plants while editing yet another newspaper, the Chino Valley Champion.  He lasted only a few years in the employ of his old friend before moving on to Pomona, California to, once more, edit another newspaper in a new community, the Pomona Times.  Again, he rose to the highest regard of his fellow citizens, being appointed as a trustee of the Los Angeles State Normal School (he is often called “Dr.” in some accounts) and the county’s representative for the school board, which greatly influenced teacher’s education throughout California. And he was active in the Farmer’s Institute, which promoted agricultural interests and education throughout California. Wasson was often called upon to speak to the students and teachers.  When he passed from this earth on January 16, 1909, John Wasson left behind a legacy of excellent public service and community involvement.  His friends and admirers at the Riverside Independent Enterprise noted his passing at age 76, with the following: “He was a self-educated man, and throughout his life had exerted a strong influence in every community in which he lived.”  In Arizona, his impact is still felt with a legacy of accurate surveys and fair dealing with all who had legitimate claims to land.  What more could you ask of anyone on that wild, dangerous, and unsurveyed frontier?