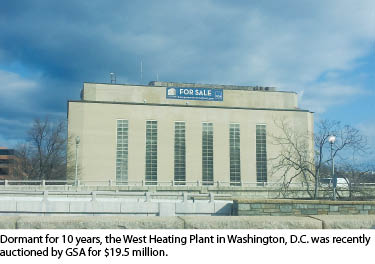 Since the 113th Congress convened in January, data management has been the topic of congressional hearings and a Government Accountability Office (GAO) report. The data in question is on real property the federal government owns as well as current, accurate, and accessible data necessary for responsible management of both land and buildings.Information on what the government owns, where it is located, and the value of the property not only provides opportunities to create revenue through disposal, it facilitates better stewardship of publicly owned property and the elimination of the wasteful spending.Members of Congress are beginning to understand the role surveying and mapping can play in identifying federal property and locating it in a geographic information system (GIS) so that the information can be accessed, used, and visualized. A 2011 report by the inspector general of the Department of the Interior found that one million miles of Bureau of Land Management surveys are out of date or inaccurate, causing millions of dollars to be lost in government revenue from royalties and fees from public land activities that could otherwise take place if surveys were current and accurate, providing further evidence of the need for a federal land cadastre.During a March, 2013 hearing of the House Appropriations Committee, representative Kevin Yoder (R-KS) asked Dan Tangherlini, the acting administrator of the General Services Administration (GSA), if there is a central database for real property management. Tangherlini said that while GSA manages the Federal Real Property Profile, the agency can only verify the accuracy of the data of GSA’s own properties in the database, which account for just 10 percent of the total. There are more than 834,000 buildings and structures managed by federal agencies that are reported to the FRPP. 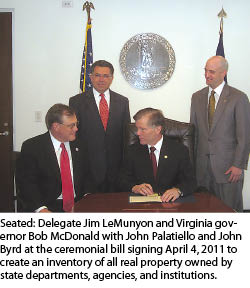 According to a 2011 GAO report, in fiscal year 2009, 23 agencies (including the Department of Defense) reported more than 45,000 underutilized buildings that cost taxpayers $1.6 billion per year to operate.At another House hearing, held by the House Committee on Oversight and Government Reform, Subcommittee on Government Operations, Leonard Gilroy, director for Government Reform for Reason Foundation, said “The federal government should consider partnering with the private sector to acquire commercially available geospatial services where possible, rather than trying to build them in-house.” The Federal Land Asset Inventory Reform (FLAIR) Act, H.R. 916, has once again been introduced in the Congress to address two issues: 1) the lack of a current, accurate, GIS-based inventory of all federal real property and 2) the hundreds of duplicate, non-interoperable, out-of-date, and inaccurate real property inventories maintained by numerous federal agencies. Representatives Ron Kind (D-WI) and Rob Bishop (R-UT) introduced the bi-partisan bill to develop a current, accurate cadastre to inventory all federal real property.Rep. Bishop said, “In an era where technological advancements are made on an almost daily basis, it makes no sense that we don’t have an accurate and up-to-date database of our federal lands and infrastructure. Outdated inventories and inaccurate data waste time and taxpayer dollars. If I can view the streets of a tiny town in Germany on Google maps as though I were standing there in person, I should, at the very least, be able to find a comprehensive, accurate, online listing of our country’s public land assets. I think the American people would be surprised by the fact that this doesn’t already exist.”Rep. Kind said, “The FLAIR Act is an effective government reform bill that will utilize [GIS] technology to help capture information about federal property. The bill also improves data management to help eliminate fraud, waste and redundancies….” Previous introductions of the FLAIR Act have earned the support of organizations including MAPPS, the National States Geographic Information Council, and the National Society for Professional Surveyors. The bill was endorsed in a National Research Council/National Academy of Sciences report, “National Land Parcel Data: A Vision for the Future,” which in turn has been endorsed by the Coalition of Geospatial Organizations and the National Geospatial Advisory Committee.MAPPS members promoted the FLAIR Act in Congress during the association’s annual federal programs conference, held March 12-13 in Washington, DC. Through meetings with members of Congress, nine representatives joined the bill as cosponsors—Mark Amodei (R-NV), Marsha Blackburn (R-TN), Earl Blumenauer (D-OR), Jason Chaffetz (R-UT), Mike Coffman (R-CO), Bill Johnson (R-OH), Walter Jones (R-NC), Michael Michaud (D-ME), Steve Pearce (R-NM), David Price (D-NC), and Don Young (R-AK). A Senate bill will soon be introduced by senator Orrin Hatch (R-UT).There is no greater example of data management than having accurate boundary and location data of real estate. The federal government should follow the lead of states such as Georgia, Ohio, Oklahoma, and Virginia that have developed comprehensive real property inventories to more accurately manage their land assets. The geospatial products, services, and technologies available today to federal, state, and local governments allow for effective management to develop real property inventories and analyze the information to determine if that property can be used more efficiently or divested to create revenue to help depleted budgets.