Researcher at the Austrian Institute of Technology, Department of Geoinformatics 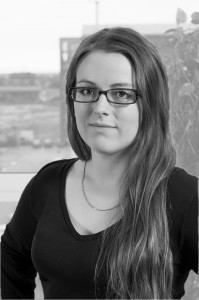 The open-source geoformation community truly has grass roots; it is an international movement where collaboration in research and development of tools and solutions mostly inhabits the cloud and is conducted in
real-time through services like GitHub. Anita Graser is one of the movement’s most tireless promoters and celebrated personalities.

Anita has demonstrated that open-source geoformation resources such as the internationally “crowd sourced” Open Street Maps can be paired with tool such as Quantum GIS (QGIS, the most widely adopted desktop open-source GIS interface) to research such things as traffic and transportation trends, the subject of several of her academic papers.

Anita is a lecturer for both the Department of Geoinformatics, University of Salzburg and the University of Applied Sciences, Wiener Neustadt, and has guest-lectured at Ryerson University in Toronto. In her spare time she’s authored popular guidebooks for using QGIS.