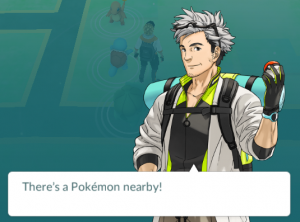 *Yes, aficionados have been quick to point out that the professor in the app is Professor Willow, but many readers might only connect the name Pikachu with the world of Pokémon. The title was intended to be a bit tongue-in-cheek.

Below is xyHt‘s first reaction to Pokémon Go; read more in our next blog on how it’s leading the AR revolution.

An unlikely event is getting our kids outside, interacting with maps, and utilizing GPS and might very well be the grand coordinated global geo-education event many have been hoping for – at least laterally. Released less than a week ago, the interactive app for iOS and Android called “Pokémon GO”  (or “Pokémon Go”)has been downloaded by millions of adventurers young and old. The app puts the bearers into a virtual reality world, complete with maps of their immediate surroundings. The map scrolls as they walk to where they seek various Pokémon that have been placed around the globe – a variation on geocaching.

Kids (and many adults) learn to seek various Pokémon that might inhabit different environments, such as aquatic Pokémon around water (my wife and daughter found Magicarp in the creek behind our house), others in forests, fields, in trees, etc. Just in our neighborhood I have found groups of kids on the hunt. One group, when alerted that there was a Zubat nearby, tried to think of a somewhere cave-like, and indeed did find the critter in a nearby parking garage. Developers of the app have put a lot of thought into adding geographic context to the placement of the little creatures. 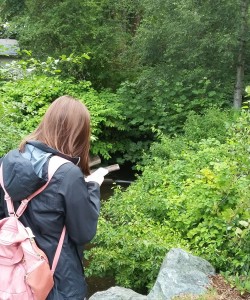 With their smartphone camera turned on in AR (augmented reality mode), adventurers see Pokémon superimposed into the live view (and those little critters can and do act up). Participants throw virtual Pokéballs at them to capture them and gain points. Once the player moves up a few levels they can meet other players at “gyms” (local businesses or public places) and have their captured critters spar. Again: they get outside, get some exercise, and hopefully gain a bit more awareness of location. Of course, safety is a primary concern – it is important to stress the need to be aware of one’s surroundings at all times.

Okay, what does this have to do with geo-education? Think of it as an opportunity not to be squandered. How often does the legacy geo-world have an opportunity to connect with the younger generation, the digital-citizens who grew up with location-based services like Uber and adding locations to their various social media postings? If you’ve ever had to face a classroom full of middle or grade-school kids and try to extol the virtues of math for surveying and geomatics, then you would have experienced that “why-is-this-geezer-here-to-bore-us” stare.

Something like the shared experience of this kind of activity would make a great ice-breaker and provide a common frame of reference from which to explain how asset mapping and hunting for survey markers works – many of the same elements are there in this little app.

It would be far too easy to get cynical about this, the summer of Pokémon GO, but there is an opportunity for (lateral) geo-education. Download the app, hunt some Jigglypuffs, go forth and engage the next generation of potential surveyors, geomaticians, geographers, and geospatial practitioners. Gotta go; Charmander just appeared in my driveway… 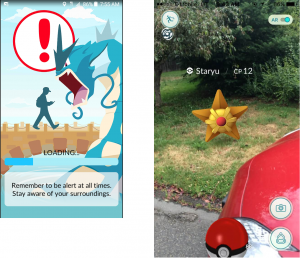