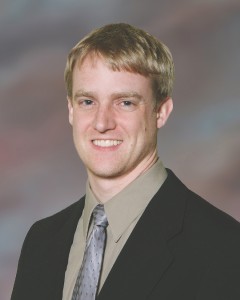 ADAM CREWS IS A SECOND-GENERATION SURVEYOR; his father worked as a land surveyor in several capacities beginning in the 1970s. Adam started work in surveying when he reached the minimum age he could work for a family member, and he fell in love with the profession.

Adam attended Penn State University in the Surveying Engineering Baccalaureate program. That’s where he became aware of the importance of professional organizations and started his involvement with the Pennsylvania Society of Land Surveyors (PSPL), including joining the independent Penn State Surveying Industrial Advisory Committee. A mere 14 years after graduating, Adam started his own surveying company, and in the same year (2013) he reached the peak of state-level professional involvement by becoming the president of PSPL.

Adam looks forward to the impact of UAS on the surveying profession strongly believes that surveyors should be not only accepting this new technology but also leading its implementation for mapping and measurement.