On January 18, 1982, John Palatiello started his job as the first Joint Government Affairs Director of the American Congress on Surveying and Mapping (ACSM) and the American Society of Photogrammetry (ASP), in Falls Church, Virginia. That touched off a 40-year career in association management in service to the surveying, mapping, geospatial, architecture, and engineering field that is still going strong today. 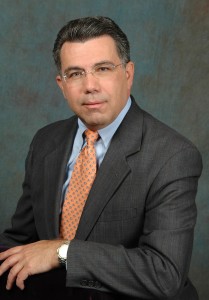 After being promoted by ACSM to the position of Assistant Executive Director for Public Affairs, Palatiello founded JMP&A in 1987, where he continued to serve associations, as well as individual views and other clients, with an emphasis on the geospatial and design fields. For more than 30 years, Palatiello was Executive Director, an association of photogrammetry and geospatial firms. He is also the long-time Administrator of the Council on Federal Procurement of Architectural and Engineering Services (COFPAES).

“Working with surveyors, engineers, architects, GIS professionals, and those in other geospatial and design disciplines has been an honor,” Palatiello said. “The success I’ve had in helping guide my clients to growth, public policy effectiveness, and an enhanced professional image and standing is the result of the thousands of practitioners I’ve worked with and from whom I learned so much, as well as many staff colleagues.  It has been a team effort.”

Palatiello has in the past been a registered lobbyist, as well as an association manager. He has written more than 100 published articles covering politics, legislation, public policy, and business practice issues in the design and geospatial fields, and has testified before Congress, state legislatures, and numerous government agencies. He also served as an original member of the federal government’s National Geospatial Advisory Committee (NGAC), the Virginia Geographic Information Network (VGIN) Advisory Board, Mapping Committee to the Board of Professional Land Surveyors in Maryland and on a Federal Aviation Administration (FAA) Aviation Rulemaking Committee (ARC) working group on beyond visual line of sight (BVLOS) operation of commercial unmanned aerial systems (UAS), and numerous state and local boards and commissions. He was recognized as one of the “ten most influential people in the geospatial community” by Directions magazine and is listed in Who’s Who in Professional Design Practice. He has served as Chairman of the Procurement and Privatization Council of the U.S. Chamber of Commerce, and as a member of the Chamber’s Small Business Council.

Prior to becoming an association executive, Palatiello served for eight years as a Congressional staff assistant, including service as an aide to former Congressman John Myers (R-IN) and former Congressman Bill Hendon (R-NC). John has a degree in political science from The American University in Washington, D,C.