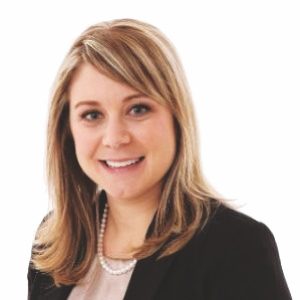 While it is estimated that fewer than 10% of surveyors in British Columbia, Canada, are women, the numbers are rising, as is interest in the profession from young career seekers. This increase is reflected in more surveying lead and management positions for women in the profession. Women still face challenges and legacy barriers, but as surveyors such as Bronwyn Denton have shown, the opportunities are there, and her experience is a great example for young women (and anyone) considering surveying as a career.

Canada, with its vast land area, maritime regions, and wealth of natural resources, requires a lot of surveying, mapping, and geomatics practitioners. It is no surprise that some of the world’s most highly regarded geomatics programs are in Canada; the University of New Brunswick is among them. Denton earned her bachelor’s in geomatics engineering there, then began a distinguished career as project manager, then regional VP for geomatics for WSP (formerly Focus), a prominent multi-discipline consulting firm. Denton has served as the president of the board of management of the Association of BC Surveyors and has continued her education, earning an MBA from the University of British Columbia. Her current role with AllTerra Land Surveying is project manager.