The work of the subcommittee on branding opens many possibilities.

Imagine a member of the public: someone who may have never met a surveyor. Or maybe they hired one to mark their property so they could see if a neighbor’s fence is encroaching, or maybe they’ve seen “those people with cameras on tripods” along the highway.

Suddenly, they start seeing a symbol on hard hats, vests, vehicles, and equipment. It is simple and looks official, like a universal public information symbol. People wear it as medics wear the red cross symbol on their sleeves.

What is that symbol and who are the people bearing it? This member of the public might be so bothered by not knowing that they might ask, or maybe they see a scan code below the symbol that leads them to a landing page with links about surveying, like the surveying.fyi site (the mock-up is for demonstration purposes only).

The “National Brand and Image” subcommittee of the NSPS-lead Forum on the Future of Surveying is working towards such possibilities. The team is collaborating via an online basecamp and has been making steady progress on the messaging that would be an essential part of branding.

The question of whether branding is, or should be, “re-branding” to reflect changes in markets for surveying services or if it should simply be “re-minding” the public of the invaluable services surveyors already provide–this is part of the dialogue.

Some have expressed concerns that the forum is a closed “star chamber” making unilateral decisions. Far from it; the forum is simply a task group serving as a conduit for and aggregator of ideas and feedback from representing, participating professional associations and societies. So, get your creative juices flowing and channel your ideas through your local and state chapters to the national level. 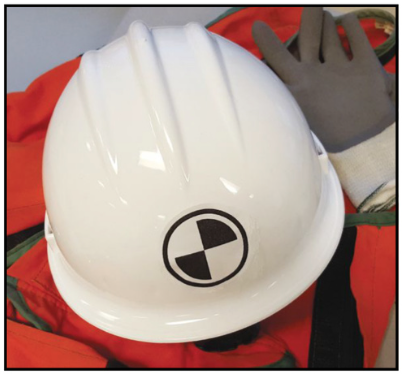 The symbol on this hardhat (above) is the type of image that could become the universal symbol of surveying. 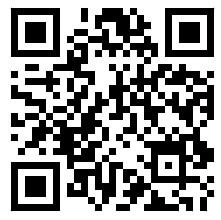 The scan code (above) links to an example landing page about surveying:  www.surveying.fyi note that it is just a mock-up to illustrate what a landing page could look like. The idea is to create something simple and uncluttered to convey a key message about surveying – but of course with a reference page with links to surveying education and career resources.

One of the more fun tasks of branding is coming up with potential universal symbol ideas. The Forum has been circulating amazing ideas, ranging from minimalist designs to some bordering on the artistic. At xyHt we’ve been researching interesting treatises on semiotics, symbology, and iconography and how criteria for such things as ISO universal symbols are developed. One method is to look at how the symbol might be deployed and then work backwards. Modern symbols need to fit a broader range of mediums than in the past.

Is the symbol simple enough to work in black and white, embossed, in stitched patches, as an icon or emoticon-sized? Will it look good in signature lines or as a Unicode symbol? Will it look as authoritative as other universal symbols seen on construction sites? Will the people there know immediately that “the surveyors have arrived”?

We hope they do, and that those surveyors are recognized as experts and are shown due respect.