For this year’s Holiday Gift Guide, I’m rooting for a digital detox. For geospatial pros who’d like to spend the holidays away from their electronic gadgets, these are my top choices.

How to Lie with Maps by Mark Monmonier, now on its third edition, is a must-have for the new generation of mapmakers. First published in 1991 and released again this summer by the University of Chicago Press, the 2018 edition has not lost its humor as it talks about how we mapmakers decide what to include or exclude in our maps. This isn’t just a reissue; it has new chapters about maps drawn from satellite and aerial imagery as well as another chapter on maps based on dubious facts that appear on the internet. 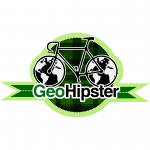 Do you want to move away from using the tired-and-tested color palette and fonts for your maps? Hang the 2019 GeoHipster Calendar on your wall and ignite your creativity to make hip-looking and cooler maps. The calendar shows a different map for each month drawn and submitted by various geohipsters. Check out tinyurl.com/ycn57ruj to see the maps for 2018 while you wait for the release of the 2019 calendar. Go to the GeoHipster website for updates. 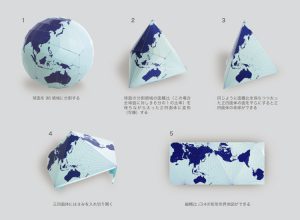 Are you fidgeting to grab that new electronic device while on holiday? The origami-inspired 3D maps from AuthaGraph might be what you need to stay away from your gadgets. This award-winning Japanese company designs 3D maps (that I can’t call globes because they’re not shaped that way) based on the mind-bending projection invented by Hajime Narukawa, which avoids the distortion of the sizes and shapes of continents. Various 3D maps are available from the AuthaGraph website, but my favorite is the map that folds from sphere to tetrahedron. 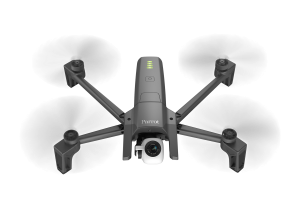 I’ll admit this one’s a bit pricey, certainly not in the stocking-stuffer category. But for the surveyor who’d like to test the UAS waters, this is a great value. The new ANAFI Work features a high-res 4K, 21MP camera. It’s easy to transport thanks to its ultra-compact, lightweight, and foldable design, and it operates for 1 hour and 40 minutes with its 4 USB-C smart batteries of 25 minutes flight time each. ANAFI Work can be used to create 3D models of buildings using the included one-year subscription to Pix4Dmodel. $999 at Parrot. 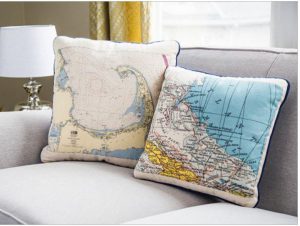 Are there any geospatial pros who don’t like maps? I don’t think so. Your favorite location is made into an image – derived from nautical charts and topographical maps – and then printed with a water-based ink onto a durable, cotton canvas pillow. Different sizes starting at $85, on The Grommet. 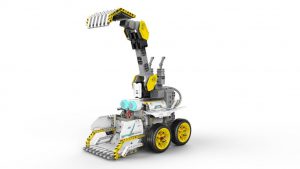 STEM and robotics education are all the rage now with youngsters. Ubtech, an AI and robotics company, has a new STEM-focused kit aimed at students ages 8 and up. The BuilderBots Overdrive Kit allows kids to build and code construction-themed vehicles called DozerBot and DirtBot. $119 at UBTECH Robotics.

A bit less spendy is this new Instinct GPS watch from Garmin. It’s tough: made to U.S. military standard 810G for thermal, shock, and water resistance (rated to 100 meters); it has a built-in 3-axis compass and barometric altimeter, plus multiple global navigation satellite systems (GPS, GLONASS and Galileo); and it can even monitor your heart rate, activity, and stress. $299 at Garmin. 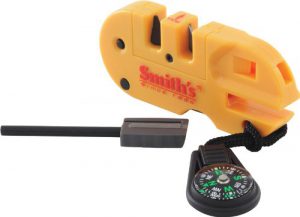 What a great stocking stuffer. If you work in the field, you carry a pocket knife. Having a sharpener in your toolkit is good; having this Pocket Pal X2 sharpener and outdoor tool is better. You get three sharpeners: carbide, ceramic, and diamond rod for sharpening serrated knives. But there’s so much more: a fire starter, a compass, a signal whistle, and an LED light. $12.79 on Amazon.

Time and Relative Dimension in Space 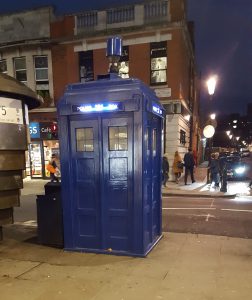 Pardon my geek moment, but the acronym for that title is “TARDIS,” the famed time-space transport for the BBC’s science fiction show Doctor Who (now in its 6th decade of broadcast). But it is also part of xyHt’s history. Before the launch in 2014 and for years of prior development, xyHt magazine went by the codename TARDIS.

While attending the Bentley Year in Infrastructure 2018 event in London, xyHt took a group of attendees on a pilgrimage to the TARDIS (actually an antique UK police box, from the era before most folks had phones) outside of Earl’s Court underground station. Considering that the theme and zeitgeist of the Bentley event was “Digital Twins,” smart cities, AI, et al., it seemed appropriate.

Of course, if anyone has one of these old police boxes sitting around, xyHt would be grateful for such a holiday gift, and we’d install it outside of the magazine’s office in Maryland. @bbcdoctorwho 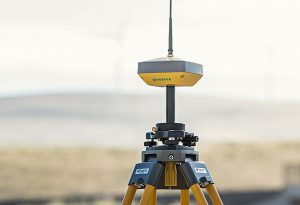 This is Topcon’s latest in their HiPER series of GNSS base/rovers. With many of the tech advancements of the HiPER HR that we test drove previously, this new model also has full constellation/signal capabilities, tilt, a full wave fence antenna (most rovers have only a half wave antenna), but at a slightly more affordable price than the flagship HR.

It has the familiar form factor but with more stuff under the hood. During the test drive, it was cool to see the status lights blink through each constellation. Full constellation is becoming all the rage now that Galileo and Beidou are getting closer to completion. If anyone is skeptical about the value of the extra satellites: try it, you’ll likely get hooked.

What I particularly like about the VR is that it has all of the major communications options built-in. It has UHF and spread spectrum radios, WiFi, a built-in LTE modem, and LongLink (think of that as long-range BlueTooth). So, survey shops that work in varied environments can do cellular for network RTK (where an RTN is available), simple base-rover via LongLink on a small site, spread spectrum on a construction site, or UHF base-rover for other sites.

Topcon’s Scott Langbein said that the “V” stands for “versatility.” He’s a marketing guy, but it’s true: the VR is a very versatile system. @Topcon_today

Surveying and Geospatial Outreach in Schools

For a practical wish list item, I’d like to see two amazing school outreach programs (both originating in the UK) finding a footing in the U.S. and elsewhere. Mini Map Makers workshops in elementary schools and Class of Your Own course materials and workshops in middle schools might capture the imaginations and interest of young people to motivate them to enter surveying, AEC, and geospatial careers.

Professional associations and societies have sought to reach youth with admirable efforts (posters, etc.), but hands-on immersive outreach activities are out there. Class of Our Own – @DECinSchools – was started by UK surveyor Alison Watson (who has been awarded an MBE by the Queen for her work) and is collaborating on an upcoming xyHt feature article on COYO. Mini Map Makers was the brainchild of Alice “Captain Alice” Gadney, who provides age-appropriate mapping exercises, materials, and workshop – and was featured in xyHt’s September 2018 issue.   xyHt is working with both programs and school STEM boosters to bring inaugural workshops to the U.S. in 2019 and 2020. What a great gift folks could give to the future of their professions. @DECinSchools @MiniMapMakers 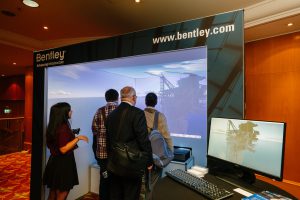 I’ve tried putting VR goggles on a bunch of engineers to show them a project site, and it ended up like a fumbling, bumbling game of blindfolded Twister. Fulcro, a UK BIM, engineering, and construction services firm, has solved this with the FULmax immersive projection system. Unlike several big-ticket immersive collaboration space systems, this one is affordable and scalable. Your team, clients, and stakeholders can gather the box and navigate through your 3D site and design. In the demonstration, several Bentley ContextCapture models were navigated with a hand-held, game-like controller for simulated site visits, inspections, and design collaboration meetings. @FulcroEng @BentleySystems 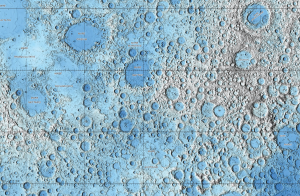 A full-sized print of this official USGS map of the moon! It’s made from 6.5 billion measurements and is in the proper coordinate system. Each pixel at the equator is 473.8 meters wide. You never know when you need a good map for moon exploration. 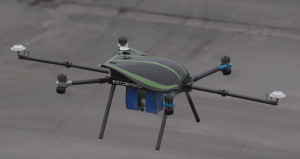 People have been hanging Faro scanners from drones for a while now, but Faro has made it official with their partnership with Stormbee. Their drone can capture data accurate to 1cm. It can fly for 15 minutes and connect to GNSS satellites. The included Beeflex software can handle the data and export into Faro Scene or Recap.