Editor’s Note: Thank you to John S. Rogers, Arizona Surveying, Inc., Flagstaff, AZ, for his comprehensive thoughts on the prominent role our scientific profession has played throughout the ages. I suspect, or certainly hope, that all professional land surveyors across the country, and our counterparts across the world, have a good understanding of many of the aspects that John has captured.

What I am not so sure of is how many of us have a clear vision of what our place will be in the future. Without our collective actions to protect and expand our domain, others with little knowledge or respect for what we have done, and can do, will continue to undermine or attempt to deregulate more and more of what has been, by tradition, appropriately exclusive to us.

Our Place in History

Few people outside of associated professions actually know what land surveyors do. We are rarely seen, but our work makes an impact in every moment of daily life. What other profession can say that? But land surveyors are often conflicted about their place in the world, sometimes seeing themselves as subordinate and working in the shadows of civil engineers, architects, and project managers. Truth be told, our skills should be understood for their primacy in the development of systems that have held this planet’s societies and physical infrastructure together since around 1400 B.C., when Egyptians first used land measurement techniques. Those ancient “rope-stretchers” marked the beginning of the profession known as land surveying.

Since before recorded history, humans have always struggled with their own self-destructive nature. We are instinctively tribal, territorial, and competitive—continually fighting among ourselves over who has the right to occupy and use the limited land we all need to live. Controlling territory has always meant having space to hunt, gather food, and cultivate crops, which are key to human survival. But that quest has often led to conflict and predictably deadly results. As settlements expanded, humans needed ways to map and mark their territories to keep the peace.

As expansion continued, land use evolved to include activities such as natural-resource extraction and the steady development of transportation and living systems. Means of controlling territory subsequently evolved from the primitive (killing each other) to the civilized concepts we’re all familiar with such as political boundaries, private land ownership, and the establishment of sovereign lands for indigenous people. 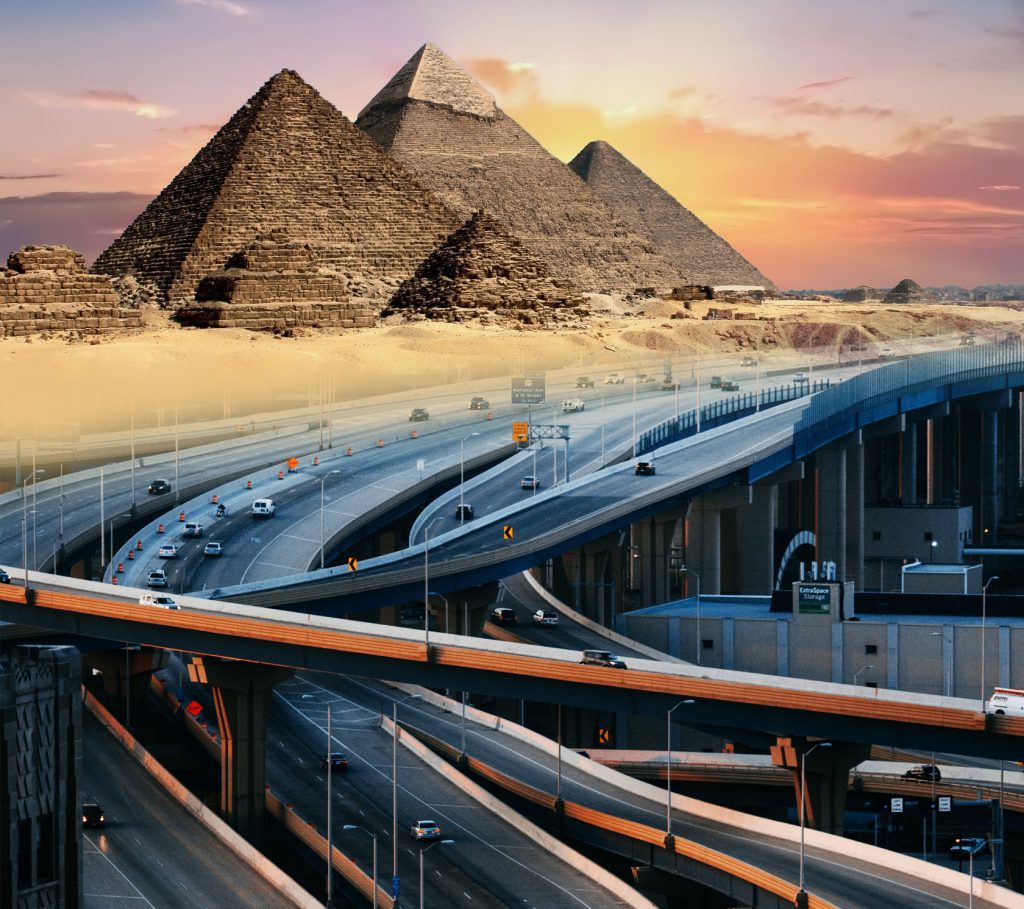 The science of land surveying evolved too, allowing cities to be built along with roadways to connect them. As questions about who owned land or had established controlling rights to its use were peacefully answered, new questions came to mind. Where did the agreed-upon land boundaries lie on the ground and how would they be accurately marked and perpetuated? These were important questions as keeping the peace often depended upon knowing where land boundary lines were located so they could be respected. This is when the land surveyor’s role began to expand.

Land surveying has traditionally been defined as the science and art of determining the relative positions of points above, on, or beneath the surface of the Earth and establishing such points. In terms of land boundaries, we are charged with creating and maintaining the maps, monuments, and records that help mark such boundaries. Land surveyors also create the “systems” behind the surveys. Ownership or “title” lines are defined by legal records and documents such as subdivision maps and legal descriptions from deeds, which surveyors use to calculate points they put in the ground. By creating these documents and placing monuments in the ground, we are creating and maintaining a system of records that perpetuates ownership lines that are retraceable decades into the future. No other profession is trained for or qualified to do this.

So, we are by default historians, tending to these invaluable record systems. A GIS (geographic information system) is a great starting point to access these records by providing an easy-to-use software interface connected to reference base maps. But a GIS cannot replace the network of physical monuments, surveyor’s notes, private records and historical knowledge that constitute land-record systems that make re-creatable boundaries possible. Simply put: a GIS is a great depository for records, but it can’t evaluate and tie them together to enable a legal survey of your property. Land surveyors do that.

The value of land surveying to our world is not limited to land-ownership issues. Throughout history as our numbers grew, humans have been forced to occupy and build on land at risk of flooding and other adverse conditions. This required intervention and mitigation in the form of civil engineering, which requires land surveying. A significant portion of this planet’s population would be under water now if not for the engineered flood control, storm-water management, and land-reclamation projects that allow vulnerable land to be occupied. Land surveyors provide key measurements for the mapping and layout surveys that make civil engineering work.

Flood control is only a portion of the water-related facilities surveyors contribute to the construction and maintenance of. Canals that move water to dry cities and farmlands would not be possible without the highly accurate mapping and layout work only qualified land surveyors are capable of. The world’s great port facilities all required extensive surveying, as did the bridges that transport us across open water.

In addition to water-related improvements, land surveyors have laid out or “staked” most all critical man-made features on Earth. Nearly every building, from the typical three-bedroom tract house to super skyscrapers, are first calculated and then laid out by surveyors so they can be constructed properly. Pipelines that carry oil, gas, water, and other valuable liquids require surveying from the planning stage all the way through construction. Land surveyors are out in front of every new railroad where we map the routes and lay out alignments.

Let’s not forget that land surveyors are expert map makers, which plays a crucial role in the development of our modern world. I’m not talking about the maps produced from your regional or localized GIS, but the type of accurate and precise mapping needed to plan and design high-value construction projects. In a GIS, information and data are displayed as colorful maps using a relatively low-accuracy base map where mapping accuracy is secondary. Over time, and as land surveyors continue to interface with GIS, the accuracy will improve, but the legal complexities of knowing when and how to use GIS will persist. The most-accurate GIS systems are based on survey control points provided by land surveyors

Throughout history, land surveyors have also been leaders and explorers. As the developed world expanded, surveyors led the way, often risking their lives exploring new territory. We applied our expert navigation and mapping skills charting courses across dangerous lands in search of new emigrant and transportation routes that expanded nations.

Here’s a challenge for you: try to find a map, any map, that doesn’t have boundary lines on it. Hard, isn’t it? That’s because most maps feature or include lines marking all types of boundaries from parcels to park lands, and most of those lines originated from maps and surveys created by land surveyors.

A property owner has only words on paper until a land surveyor marks the corners and lines they can occupy and defend. Our life is governed by boundaries. Knowing where they are helps keep the peace. Words on paper, lines on a plan, an architect’s imagination, or an engineer’s calculation all meet their purpose when a land surveyor shows them on the ground. The land surveyor’s mark is everywhere.