Almost exactly one year ago, the residents of the town of Paradise, California, and the surrounding area awoke to a wind-driven inferno eventually named the Camp Fire. Before it was over, 86 people would lose their lives, more than 13,000 single-family homes (including mobile homes) would be destroyed, along with over 600 commercial structures and almost 300 multi-family residences.

It was the deadliest and most destructive wildfire in California history and the most costly natural disaster in the world in 2018. The entire town of Paradise, population more than 26,000 pre-fire, was incinerated in a matter of hours. Considering the devastation, it is a miracle that more lives were not lost. 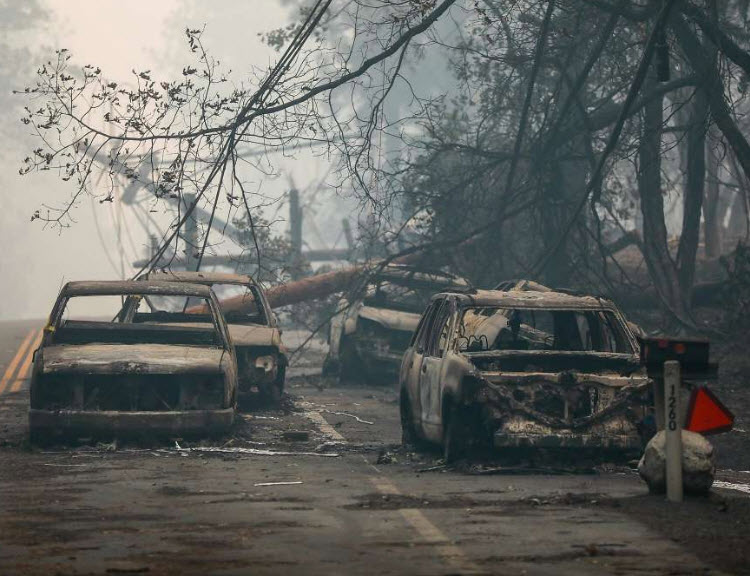 For weeks the area for hundreds of miles around the Camp Fire was laden with heavy smoke, resulting in the cancellation of classes and sporting events. Surrounding towns did what they could to aid and absorb the evacuees. It was an apocalyptic event.

Now, a year later, very few people have returned to the area. The once-robust rural foothill town has a population of less than 1,000 people. A few homes have been rebuilt and a few businesses have reopened, but it’s not clear if the area will ever fully recover. Based on a recent experience I had, my bet is that it will.

Hitting Home for a Surveyor

I recently taught a class for an audience of land surveyors. During the introductions, one of the young students mentioned that he was from Paradise, so during the first break I asked him about it.

He grew up there. He and his young son lost their home that fiery morning, but they survived. He told me how his father, who lived outside of Paradise, refused to evacuate, instead posting himself on the roof of his home with garden hoses while everyone else fled for safety. Many anxious and fearful hours passed before the family would hear from him, but the call eventually came. He saved the house, helped some neighbors, and rode through the burning gauntlet on a dirt bike to escape.

As his son, the young man I was teaching that day, spoke, I could hear the pride and strength in his words. He then told me that Paradise High School, which survived the fire, had contemplated cancelling the 2019 football season because of low enrollment, but it was decided that the community needed something to distract them. The opening game brought everyone out. It was an emotional celebration. Now, that team is 10-0, beating opponents by an average of more than 40 points and headed to the playoffs. He beamed as he shared this with me. 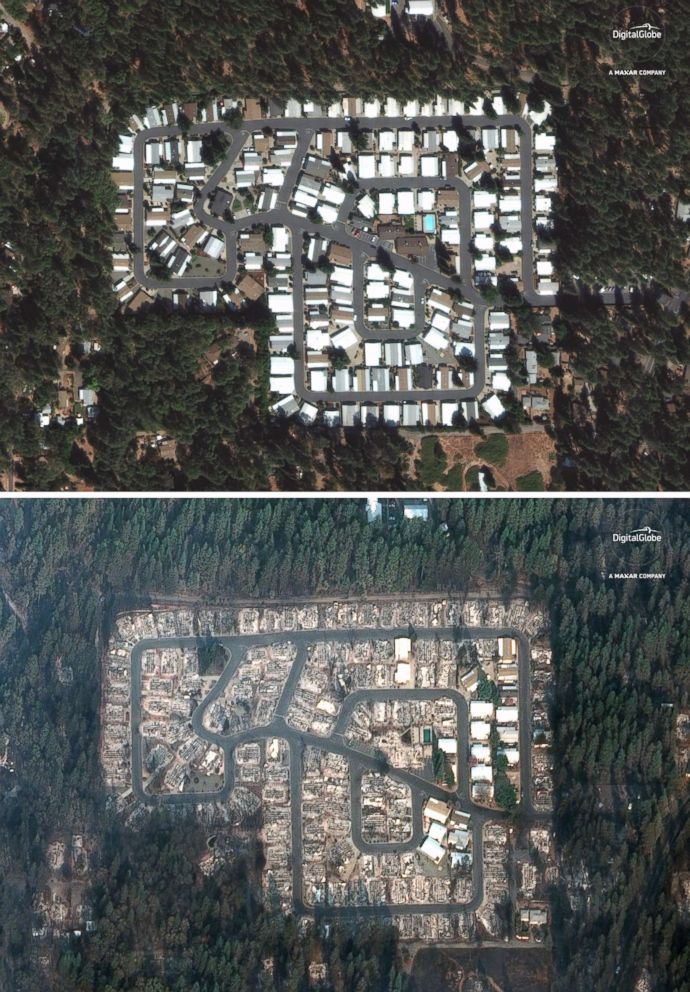 Then he spoke of the aftermath. He is living in a trailer on his torched property, working to get his building permit. The town drinking water still has not been deemed safe to drink. It’s pretty dire, yet he spoke of seeing his young son develop a work ethic and learning skills, like building fences.

He told me that both of his parents were licensed land surveyors who had come out of retirement to help the community rebuild. Because of the devastation from the fire and subsequent clean up, all lines of occupation and many property corners have been obliterated. To get a building permit, a survey is required. His parents, along with other surveyors in area and this young man, have been assisting people to meet that requirement.

He emphatically said, “It is my home and I am not leaving. I will do everything I can to help my town rebuild.”

The morning I taught that class, I had gotten ready for work in the dark because of a public safety power shutdown by the utility company due to high-fire-risk weather conditions. I had fixed dinner the night before in the dark. I grumbled and complained throughout because of the “inconvenience.”

But after the class, I was humbled and ashamed considering what these people had endured. Sure, we all saw it on the news, but I had no first-hand exposure—until that morning. I was inspired and surprised to see and sense their perseverance, despite the magnitude of the challenges.

What wasn’t surprising was that the young man who spoke to me is a second-generation surveyor, and his parents have risen from the ashes with him. He had on a tee shirt that simply read, “Paradise Strong.”

This article appeared in xyHt‘s e-newsletter, Field Notes. We email it once a month, and it covers a variety of land surveying topics in a conversational tone. You’re welcome to subscribe to the e-newsletter here. (You’ll also receive the Pangaea newsletter with your subscription.)