If you look at a list of the most dangerous jobs in America, you won’t see surveyor listed in the top 25, but I believe that is because most of us only spend a small percentage of our time working along the highway or on a construction site. As many can attest, those situations are fraught with danger and safety concerns.

At one point in my career, I worked as a field engineer for a highway construction firm. One of the projects I worked on was the construction of the Northwest Expressway (I-795), connecting the Baltimore Beltway (I-695) with points to the northwest.

As we were set up along the shoulder of the active interstate highway, I walked back toward the exit ramp just behind us setting up traffic cones along the edge of the road. I was walking in the gore between the highway and exit ramp when I saw a car with an indecisive driver behind the wheel coming toward me at 60 mph. The lady behind the wheel was being directed by a man in the passenger seat who was pointing and waving for her to get off at that exit.

The car shifted from one lane to the other as the driver tried to decide if she could make the turn onto the exit ramp. I had no idea which way she might choose. I stopped, got my weight on the balls of my feet, as if I were ready to field a hot grounder that might change direction at the last second. As the car got closer, the driver swerved onto the exit ramp, as I dodged the other way. I don’t know how close it was, but it was close enough to make me shiver with fear, after the fact.

Many years later, as I worked for an engineering and surveying firm, I was assigned to report to a major highway construction job for the duration of the project, slated for a two-year completion. At this time, I was a licensed surveyor, working as a party chief, and I didn’t savor the idea of going back to doing construction stakeout. 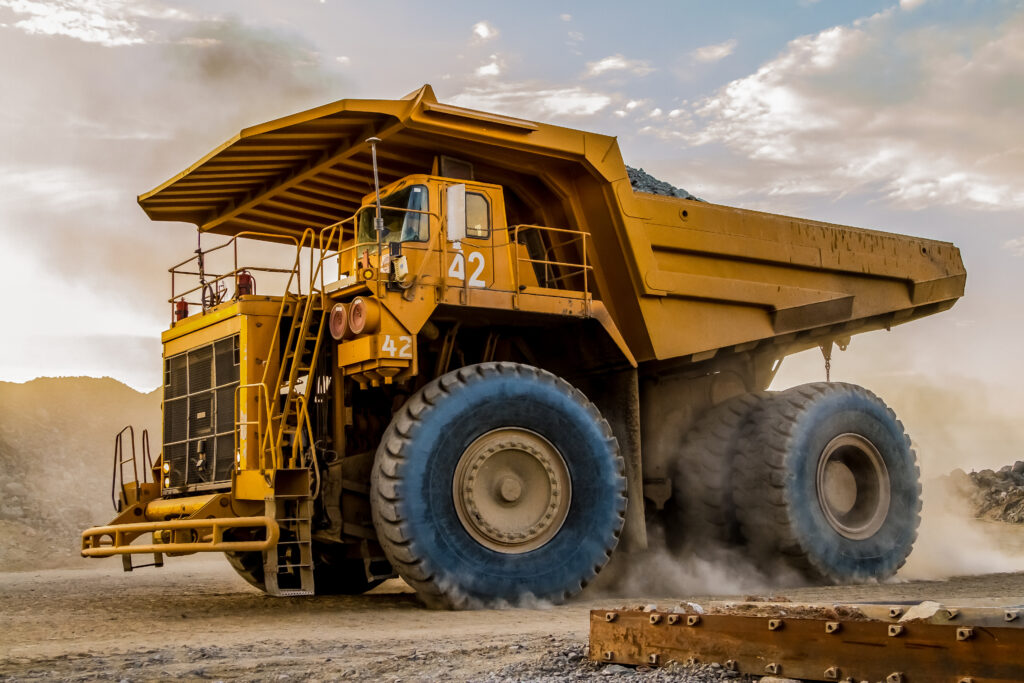 I started the stakeout on a cold, dark January morning, and I hated my life. I realized that I was doing the same type of work that I had done 16 years earlier, and I still hated the circumstances that always surrounded construction stakeout.

First, there was always a lot of pressure. Everyone needed their stakeout done immediately, and the surveyor had to be quick and accurate. The equipment and crews were usually sitting on the job site, waiting on the stakes so they could begin their work. The foremen rarely planned ahead so it was the surveyor’s fault if work was paused. The stakes had to be correct, precise, and accurate. If concrete got poured in the wrong place, there was hell to pay to get it removed and replaced. It seems conditions on a construction site are always the worst—either muddy or dusty. Bare earth is not the optimal surface for working.

Secondly, the noise on a construction site is always of a decibel level not comfortable to the human ear. And these highway jobs are dangerous. The heavy equipment is always ripping around at a time-is-money pace, so you have to watch out for yourself.

One day as we were setting grade stakes along the toe of a cut slope, dump trucks were lining up to be filled by a huge Caterpillar front-loader. I don’t remember the model number, but anyone who has worked on big highway projects will know which one I mean—the one with tires about 10 feet in diameter and a catwalk around the enclosed cab. The trucks would come pulling up close to where I was setting stakes and then back into a line to be filled by the bucket, which held about four cubic yards of dirt.

I got used to hearing their engines with the fans whirring close to my back, so I quit turning around to see them. While I was getting a shot from the instrument at one stake, I kept my back to the noise of the engine and fan, simply holding the prism steady on the top of the stake, with the prism pole out to the side.

Suddenly, the prism pole was being knocked out of my hands by one of those 10-foot diameter wheels. I jumped to the side and looked up at the big Cat loader, which had the engine in the rear. I was thinking the engine that I had heard was the front of a truck and the driver would have seen me clearly. Instead the operator of the loader that was being backed up didn’t see me at all. When he did see me, he flinched as he realized I was there. I got the chills and then later the shakes when I realized how close I came to being squashed like a bug under an exceptionally large machine. I really hated that job then. 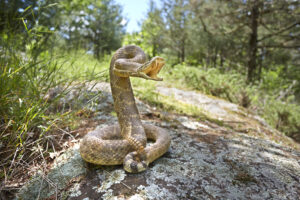 As surveyors, jobs like that come with the territory. But we also get to spend days in bucolic and Idyllic settings, which we are always thankful for, even though you can’t let your guard down on those days either. If it’s not a 250-ton CAT coming at you it might be an angry one-ton bull or a pound-and-a-half rattlesnake—all of which can ruin a surveyor’s day (or life).