Safety. It’s often at the top of an organization’s stated priorities and rightly so. It should be a top priority in every aspect of our lives. I know my own safety awareness has increased dramatically with age and experience. Whether running a chainsaw, climbing a ladder, or trout fishing a remote stream in the mountains, I strive to not let my guard down by making poor safety decisions. 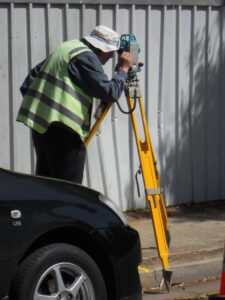 About 13 years ago I was working for a government agency that lost two employees in a tragic accident. Mistakes were made that cost these two young fathers their lives. Although safety was part of our mission statement, complacency slipped in when performing a routine task and the ultimate price was paid. Accordingly and appropriately, changes were made to instill a true culture of safety in the agency.

As a manager, I was directed to attend a two-day safety workshop. It changed my life. It was conducted by two employees of a well-known company that got its start with explosives in the late 1800s. They quickly determined they needed a much better safety program. By the end of the course, it was very obvious that they didn’t just teach safety, but lived it. To them, there was no such thing as an unavoidable “accident.”

Since that time, I have never started a meeting or a training class without leading off with a safety moment. By doing so, in helps to reinforce a safety culture and keep it fresh. When I can, I try to include a recent example, often personal, to make it “real.” Others have adopted this approach. That is how we all become just like those two instructors.

But, I must admit that safety has not always been my first consideration. Getting the job done was the primary goal. Although there are others, I can recall two experiences where I could have been seriously injured or killed, if not for a little luck and perhaps divine intervention.

The first one happened on the center divide of a very busy urban parkway. Most surveyors have worked in streets at some point. It seems the more you do it, the less safety aware you become. Complacency.

I was a member of a three-person crew and we were looking for centerline monuments. I know we had safety vests on, but no cones, signs, or traffic control of any kind. We were walking in a line, me in the middle, along a raised island, talking over traffic racing by us on both sides. I failed to notice that a turn pocket was approaching, and accidently stepped off the island, stumbling to my right into a traffic lane. Fortunately, the crew member behind me was alert, oh, and happened to be about 6-feet-4, 260 pounds with hands like catcher’s mitts. As I started to fall, he grabbed me by my vest and shirt and literally plucked me from death. It wasn’t my time, but I never worked in the street again without giving my full attention to the safety aspects, even if that meant taking longer to get the work done.

Several years later I was working on a GPS control crew in the beautiful Central Coast of California. We carried quad ATVs on the bed of our survey trucks on a regular basis because we often worked in remote areas. We arrived at the meeting spot on a ranch and unloaded the ATVs. We (four of us) talked about the plan, loaded our gear, and deployed for our stations to occupy. It was perhaps the most beautiful, serene day I can recall in my career. I was on the top of a coastal mountain, alone with the cattle, basking in the sun and looking to the coast to view Morro Rock. It almost took a very drastic turn.

After completing my observations, I was the first to arrive back at the trucks. I decided to unload the gear, and load the ATV in the truck, which I had not done before. Of course, I took off my helmet, which you never do when operating an ATV.

We had ramps, but the bed of my truck was quite high off the ground, so the ramps were steep. Complicating matters was the utility body on the truck. The lid flipped open and slid towards the cab, but when open, it still covered half of the top of the U-body. The truck was on flat ground, right where we unloaded. I attempted to drive the ATV into the bed, but was wary of that lid, so I stopped before the rear wheels made it into the bed. I couldn’t push it the rest of the way, so I rode it back down the ramps and reassessed. I radioed the party chief and he said to just give it a little more gas at the top. He should have told me to wait until help arrived.

Up the ramps I went, but again the looming lid was too much, and I stalled the ATV before the rear wheels were inside. I rode it back down the ramps again, but this time, instead of the tires tracking onto the ground at the bottom of the ramp, they stuck, throwing me backwards. The front tires lifted off the ramps and the ATV pointed vertically, me still on the seat. It all happened so fast I didn’t have time to try to throw myself clear. I thought I was about to be crushed. But the ATV didn’t continue to fall backwards. It rested on the rack full of gear on the back, pointing straight to the sky. I slowly let go of the handlebars and rolled off to the side, clearing the danger zone.

After standing, the first thing I did, of course, was to look around to see if anyone saw what happened. Only the cows. I was able to get the ATV back on the ground safely, but should have waited for help. I shook for a bit then the crew members arrived. I didn’t tell them exactly what happened (until dinner that night), only that I didn’t feel comfortable loading it on those steep ramps. The party chief said, “I wouldn’t either,” then got in my truck and backed it up to a cut bank along the ranch road, making the angle of the ramps almost flat to the bed. Easy peasy!!

I dodged a very large and heavy bullet that afternoon. I wouldn’t have even made a pretty corpse because I had taken my helmet off.

I am so thankful that the two-day safety course really struck home for me. I know something will eventually get me, but I don’t plan to let it be the result of me acting unsafely. Not even for a second.