A friend and colleague recently used a phrase I hadn’t heard, but it caught my attention – Forever Chainman. My initial assumption was it was intended as a negative, but that didn’t seem consistent with his prolific positivity. He didn’t disappoint. 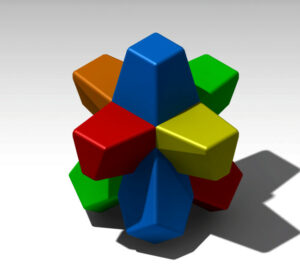 Like the Everlasting Gobstopper, some surveyors love to linger forever as the chainman, and they always seem to be the ones with a little psychic ability.

He said he used it to describe a certain type of self-starting mentality that was directly associated with a strong understanding of what needed to be done without having to talk about it. He said he first developed this trait when serving as a member of a field crew, typically as the sole assistant for the party chief. Although no longer a junior crew member, it is a learned skill that he still strives to employ, regardless of his “title.”

As he explained, I not only embraced the moniker as positive, but quickly started to reflect on my own examples.

I’d like to think that I, too, had developed this skill because of great mentoring in my early years. I certainly worked for party chiefs who gave me every chance, and some who didn’t. It was developed through communication and routine. Knowing what the job(s) was for the day was all I needed to know about how the truck needed to be equipped. 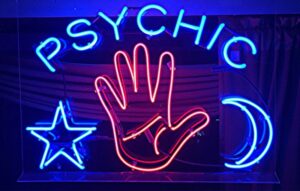 Driving to the site may have included some sort of procedural discussion, but as the non-verbal bond between chief and chainman strengthened, that was less and less necessary. Running levels? Tripod, level (firmly attached), rod, bubble, and turning point materials prepped and ready to go. Staking curb and gutter? Lath rack loaded, maybe even pre-marked with stationing and offset information. Hub sack filled, vest stocked with flagging, tack ball fully loaded, and marking pens ready. Sledge in hand.

One of my chiefs even taught me small efficiencies that added up, like setting things in front of you with purpose, so when you drove the lath in, you literally picked the gear up as you started walking to the next station rather than gathering it up here and there. I still use this technique today when it makes sense, like laying out clothes in the order I will put them on, or laying out boards in a specific way when building a fence.

I know that I had a chainman who could almost read my mind. We worked so well together we almost never had to talk specific tasks. He caught some of my mistakes too, because he was attentive to the work, not just going through the motions.

The ultimate example was working on a three- or four-person government crew where I was not the chief, except during acting stints. A member of the crew was well into his 70s and had been on field crews for many decades. He loved the hard work and never aspired to be anything more than a contributing journeyman. Best I ever saw. His vest was like a magician’s jacket or a clown car. We would be somewhere far distant from the trucks and discover that we needed something, perhaps a tool. Invariably, Frank would pull the needed item out of his vest. I swear he carried a utility body instead of a surveying vest. He was a master at being a Forever Chainman.

One morning, when I was running the crew, on the way to the site he pulled over short of our destination. I pulled up next to him to ask why, and he was already pulling a tripod and prism bag out of the truck. He said “going to set the backsight. I’ll catch up in bit.” Off he went, scaling the hill to do exactly what was needed.

That afternoon, I accidently insulted Frank when I asked a more junior member of the crew to retrieve the backsight at the end of the day. We were working out of town and Frank would hardly talk to me at dinner that night. I asked him if he was okay and he replied, “No, I am not. You took my job away from me this afternoon. I climb the hills and set the sights. Please don’t do that again.” Enough said.

In the many years since I worked as a chainman, I can’t tell you how many times I have delivered something to my supervisor without them asking for it, often getting the reaction, “How did you know I was going to request this today?” I just thought it was some sort of sixth sense. Now I know it’s because I am a proud “Forever Chainman.”