While attending the AUVSI XPONENTIAL conference last May, I spoke with the team at Black Swift Technologies, a Boulder, Colorado-based UAS engineering firm specializing in scientific platforms, and I asked them to keep me updated with their progress. I recently received the news that it has been awarded a NASA contract to develop a UAS to perform upper atmospheric observations of the planet Venus.

Black Swift is proposing a planetary aerial vehicle that will base its propulsion on “dynamic soaring.” Dynamic soaring is an established method that extracts energy from atmospheric shear for propulsion (shear refers to a change in wind speed or direction.) It has propelled the fastest small-scale aircraft in the world and provides the energy necessary for long-endurance, low-level flights of birds across oceans.

With a surface temperature of 872.6 degrees Fahrenheit (467° Celsius), a surface atmospheric pressure at least 90 times greater than on Earth, and acid rain, Venus doesn’t seem too inviting. The upper atmosphere that Black Swift’s UAS will be observing is quite different. At an altitude of 31 miles (50 kilometers) above the surface, temperatures fall to the 32 to 122 °F (0 to 50 °C) range and atmospheric pressure is Earth-like. Further, unlike on Mars, protection against cosmic radiation would be provided by the atmosphere above, with shielding mass equivalent to Earth’s. 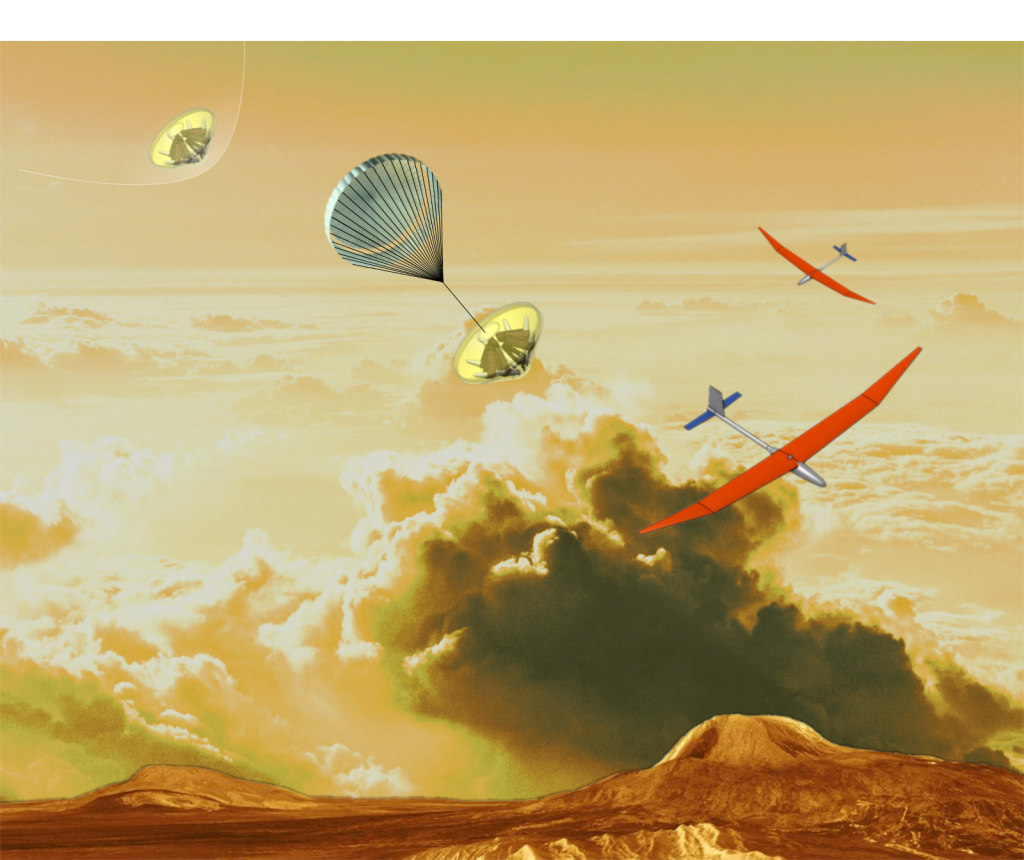 Considering the above facts on Venus’ upper atmosphere, it has been suggested that colonizing the second planet from the Sun might make more sense than Mars. Travel to Venus would only take three months as opposed to six months to Mars. Moreover, many scientists point out Mar’s low gravity, just 0.376 of Earth’s. On Venus, the gravity is .91 of Earth’s. Low gravity is a major concern, as it leads to deterioration of colonists’ bone and muscle. Having an atmosphere and relatively balmy temperatures (in the upper atmosphere, that is) are big plus factors. How to colonize the clouds, though?

Cities in the Clouds

Geoffrey A. Landis of NASA’s Glenn Research Center has proposed floating cities. He points out that in Venus’ carbon dioxide atmosphere, breathable air is a lifting gas. A balloon of breathable air could support a colony in the air. The atmosphere could also be mined for many resources, not the least of which would be the components of breathable air. And to think, a drone from Boulder could lead the way!