How They Work for Commercial Operation of sUAS

On February 15, 2015, the Federal Aviation Administration (FAA) published a Notice of Proposed Rulemaking, which proposes to enact part 107 of the Code of Federal Regulations.

Specifically, the rulemaking proposes operating requirements to allow small unmanned aircraft systems (sUAS) to operate for non-hobby or non-recreational purposes. An sUAS consists of a small unmanned aircraft (by statute, weighing less than 55 pounds) and equipment necessary for the safe and efficient operation of that aircraft.

Though the FAA has taken the initial steps to regulate the commercial use of sUAS, there has been no definite indication as to when the final rule will be put in place.  Until the final rule is enacted, the only method to legally operate an sUAS in commercial operations is by obtaining a grant of exemption pursuant to Section 333 of the FAA Modernization and Reform Act of 2012 (Public Law 112–95).

The way in which an individual or entity can obtain authorization under Section 333 to operate an sUAS commercially in the national airspace system is to file a petition for exemption with the FAA under 14 C.F.R. Part 11.  A petition for exemption is a request by an individual or entity asking for relief from the requirements of a current regulation.

In order to obtain an exemption, a petitioner must first submit a petition to the FAA pursuant to 14 C.F.R. Part 11, stating the specific sections of the C.F.R. from which the individual or entity is seeking relief.  The petition must also include information describing how a level of safety will be met, which is at least equivalent to the level of safety provided by the regulations.

Furthermore, the petitioner must describe in sufficient detail how a grant of exemption will be in the public interest.  The FAA will review the petition, analyze the specifications of the sUAS to be operated, and consider the proposed operations to be conducted under the grant of exemption.

The FAA first began granting Section 333 exemptions in the latter part of 2014.  However, at that time, the review procedure used by the agency was not efficient enough to effectively process the large number of petitions that were initially submitted.  Thus, in order to avoid creating a substantial backlog of petitions and allow more commercial operators to begin utilizing sUAS, the FAA took measures to simplify the review process required to grant exemptions.

Although an operator may have been granted an exemption to operate an sUAS, a Certificate of Waiver or Authorization (COA) from the FAA is required prior to flight.

In March of 2015, the FAA began issuing a “blanket” COA along with every exemption granted, which now allows the holder of a Section 333 exemption to operate an sUAS anywhere within the United States below 200 feet above ground level.

In April of 2015, the FAA started using a summary grant process in order to expedite the granting of exemptions under Section 333.  The new process enables the FAA to issue grants of exemption more quickly by eliminating the need for an individual in-depth analysis of a petition that is similar in all material respects to a petition that has previously been granted.  The summarily granted petitions fall into two general categories, i.e., film/television production and aerial data collection.

Though nearly all petitions granted pursuant to Section 333 thus far concern sUAS weighing less than 55 pounds, the FAA expanded the scope of these exemptions by granting a petition allowing commercial operation of a Yamaha RMAX UAS with an allowable weight of 218 pounds.

Additionally, whereas the sUAS in previous grants of exemption had been battery powered, the RMAX carries two gallons of fuel. In spite of potential safety concerns, the FAA granted a petition for exemption to operate the UAS for the purpose of conducting agricultural spraying applications.  Clearly, the FAA recognizes that a larger, gas-powered UAS is less hazardous than traditional manned aircraft.

As a result of continuing changes in the development of UAS technology, it is imperative that operators be able to update their grants of exemption in order to reflect the expansion of UAS operations under Section 333 exemptions.  For example, requesting FAA authorization to operate new or different sUAS make or model can be accomplished by petitioning the FAA to amend an operator’s existing grant of exemption.  Obtaining an amendment to a Section 333 exemption is accomplished in much the same way as the original petition for exemption. 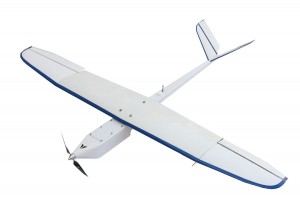 Altavian was successful in obtaining an FAA
Section 33 exemption for its Nova F6500.

Specifically, through a petition for amendment, an operator must request exemption from the desired sections of the C.F.R. and show how safety would not be adversely affected, in addition to providing a description about how the public would benefit from the amendment.

By keeping up to date on the Section 333 exemptions granted by the FAA, UAS operators can maximize the possibilities of legally integrating and developing sUAS usage in their current and future operations. However, until the final sUAS regulations are promulgated, Section 333 exemptions remain the sole method to obtain authorization from the FAA to operate unmanned aircraft technology in commercial operations.

Currently, commercial operation of a UAS without FAA authorization pursuant to Section 333 of the FAA Modernization and Reform Act of 2012 could result in substantial civil penalties, i.e., up to $10,000 per violation.

Disclaimer: The information in this article is provided for general informational purposes only and is not intended to be legal advice.