This entry is part 25 of 79 in the series Pangaea

The wizards at NASA’s Langley Research Center took a look at the current state of UAS and found two big problems:

With these challenges in mind, the team came up with two VTOL solutions: the Trifecta and the Greased Lightning (GL-10). Both are three times more efficient and three times faster than conventional multicopters, and both feature 50 times the endurance and 50 times the range—24 hours, 1300 miles—of multicopters. Additionally, both utilize hybrid electric propulsion: one liquid fuel motor in tandem with electric motors. 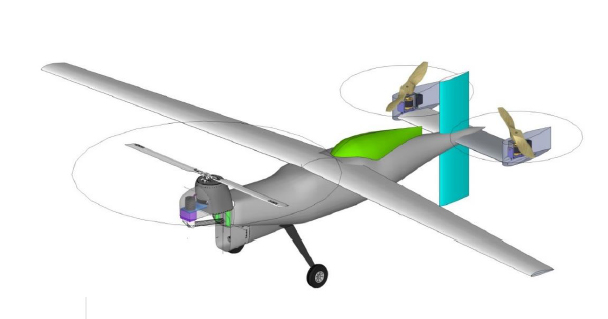 An illustration of NASA’s Trifecta VTOL.

The Trifecta and the GL-10 take different approaches to VTOL. The Trifecta’s design is that of a conventional single-prop aircraft that adds vertically oriented, stowable tail rotors and an articulating forward rotor that pivots from a horizontal to a vertical orientation.

The GL-10 Greased Lightning takes a tilt-wing approach to transition its ten rotors from horizontal to vertical orientation. 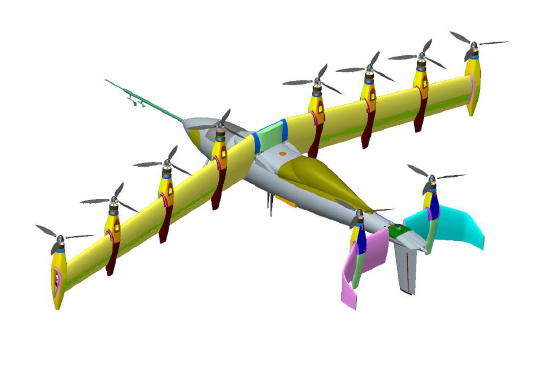 An illustration of Nasa’s GL-10 VTOL.

For more details, check out NASA’s website and watch the webinar on these platforms.

Applications for these craft include: agriculture, highway and bridge inspection, pipeline inspection, and forest and lands management. In the near future, the GL-10 could be tasked as an urban air taxi.

As if these two VTOL UAS weren’t intriguing enough on their own, NASA’s Technology Transfer Program is licensing these designs for commercial use. A variety of options are available. For example a startup license is available to companies formed with the express intent of commercializing a NASA technology. This non-exclusive license has no up-front costs and no minimum fees for the first three years. Additionally, an evaluation license allows users to try before they buy. This license is designed to adapt and demonstrate technology, not sell. The license runs for one to two years, is non-exclusive, and has a $2,500 up-front fee. Overall commercial licenses are available on an exclusive, partially-exclusive, and non-exclusive basis; terms are negotiated on a case-by-case basis.