This entry is part 23 of 80 in the series Pangaea

Here’s a slice of life from the western edge of the Eastern Plains of Colorado.

As I write this, the Fourth of July is tomorrow, and I’m shopping for our holiday “staycation.”

Should I pick up some fireworks? The informational sign on the highway flashes “No Fireworks” then “Stage 3 Fire Ban.” Guess that settles that. I think about alternatives: my small town’s surprisingly robust fireworks put on by the fire department. Then I get the news: the show has been cancelled. Again. Given the number of fires burning in the state, and indeed the West, fireworks don’t sound like a good idea.

I admit that when it comes to fireworks I am a bit spoiled. When I was growing up in the Midwest it was standard operating procedure to celebrate our nation’s birthday with copious amounts of bottle rockets, sky rockets, buzz bombs, Black Cat firecrackers, smoke bombs, fountains, and so on.

The answer to this conundrum? “Digital fireworks!” 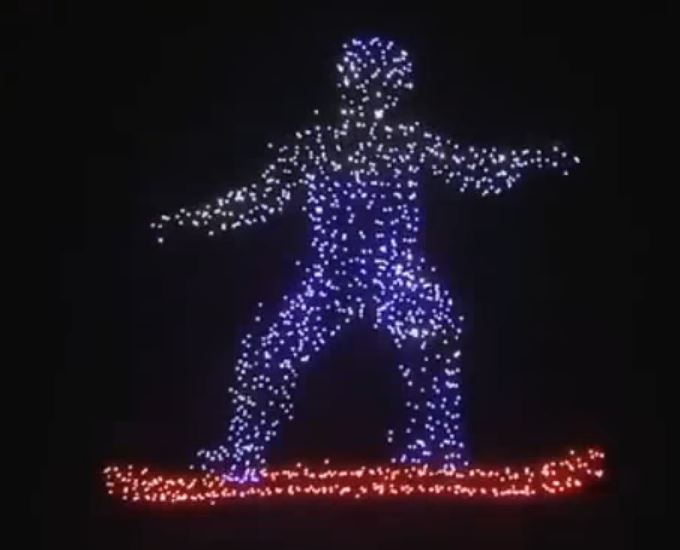 In Arizona, California, and Colorado drone shows are already filling the gap. Take a look at Intel’s web page illustrating the concept complete with videos from the CES show, the Coachella Music festival, and more. 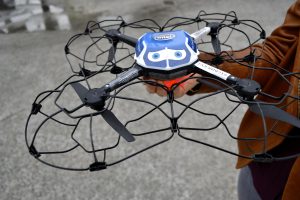 The star of Intel’s drone shows is the Shooting Star quadcopter. The drone is constructed with foam and plastic; carries an LED payload that can flash red, green, blue, or white; and is guided by GPS. The synchronization involved in creating these elaborate shows has to be seen to be believed—if you haven’t already seen clips of these impressive shows, take a few minutes to visit the Intel link above.

Right now, drone shows are more expensive than fireworks shows due to the sophisticated technology involved. As prices come down that should change. Plus Intel is getting competition. Great Lakes Drone Company is handling Aspen, Colorado’s digital fireworks this year, and Firefly Drone Shows will be putting on two shows in Cave Creek, Arizona.

Meanwhile out here on the western edge of the Eastern Plains, I’m working on my own digital fireworks. I have a Parrot Airborne Night Drone with flashing LED lights. After dark, I’ll launch it in my front yard, execute some forward, backward, and side flips, then add some 360 degree spins—all while flashing its two LEDs—and I’m betting Intel will beg me to join their team.