This entry is part 3 of 7 in the series Heights 2015
Above: The highest resolution of commercial satellite imagery is still more than an order of magnitude lower than the highest resolution attainable from aerial platforms. Keystone Aerial Surveys, Inc. developed this digital surface model from 1.75 cm digital imagery taken with a low-altitude flight. The resolution is sufficiently high to enable its use for mapping projects at engineering and design scales and for infrastructure projects, such as roads and bridges.

Last June, the U.S. Department of Commerce (DOC) granted Digital Globe permission to sell imagery at the highest resolution available from its current satellite constellation. It also allowed the company to sell imagery at a ground sample distance (GSD) of up to .25 meters panchromatic and 1 meter multispectral, beginning six months after its next satellite (WorldView-3, which has a resolution of .31 meters) became operational in August. At this increased resolution, can satellite imagery now support applications that previously required aerial imagery?

In other words, is the former beginning to cut into the market for the latter? How are aerial imagery companies reacting?

According to five aerial imagery providers, the availability of higher resolution satellite imagery is actually good for them, because it complements their products rather than competes with them, and it raises expectations throughout the market. This reaction is analogous to that of the geospatial industry ten years ago to the launch of Google Earth: the consensus then was that, rather than compete with more professional digital mapping products, the popular new application would stimulate demand for them.

Before granting Digital Globe’s request regarding resolution, the DOC allowed the company to merge with GeoEye. This was “great,” says Brian Raber, because it strengthened the position of U.S. satellite firms in the global market.

“The next step will be the ability to offer satellite imagery at the sensors’ true resolution. To continually update that resolution and add more spectral bands is only going to help this part of our geospatial profession to grow and compete on an international scale.”

Currently, says Raber, the kind of resolution at which satellites can acquire imagery does not overlap significantly with Merrick’s market, which is primarily in precision mapping and surveying. “We have helicopters, UAVs, and airplanes. Some of our clients are asking for 3-inch pixel resolution or better.” In fact, he argues, “the higher resolution satellite imagery complements precision mapping, because it allows our clients to use satellite data to define where they need higher-accuracy data products.”

They can view a wider area at a smaller scale and then obtain more accurate information in smaller areas from precision mapping firms, as opposed to doing everything at a higher accuracy, he explains.

The satellite imagery and aerial imagery markets “go hand in hand, based on very complementary technologies,” says Charles Mondello, who ran the ten-year industry forecast for the American Society for Photogrammetry and Remote Sensing (ASPRS). “You are going to see more people expecting more content from space, and, as they look at it, they are going to wish that they had a better resolution on the ortho side, and then they are going to want those additional perspective views that are going to come from the oblique capture. You will see more demand for lidar, for oblique, for aerial ortho, because we crave more information for decision-making.”

Charles Mondello, chief industry strategist at EagleView Technologies, which specializes in GIS, measurement, analysis, 3D models, and aerial oblique image capture and has a fleet of more than 70 aircraft. 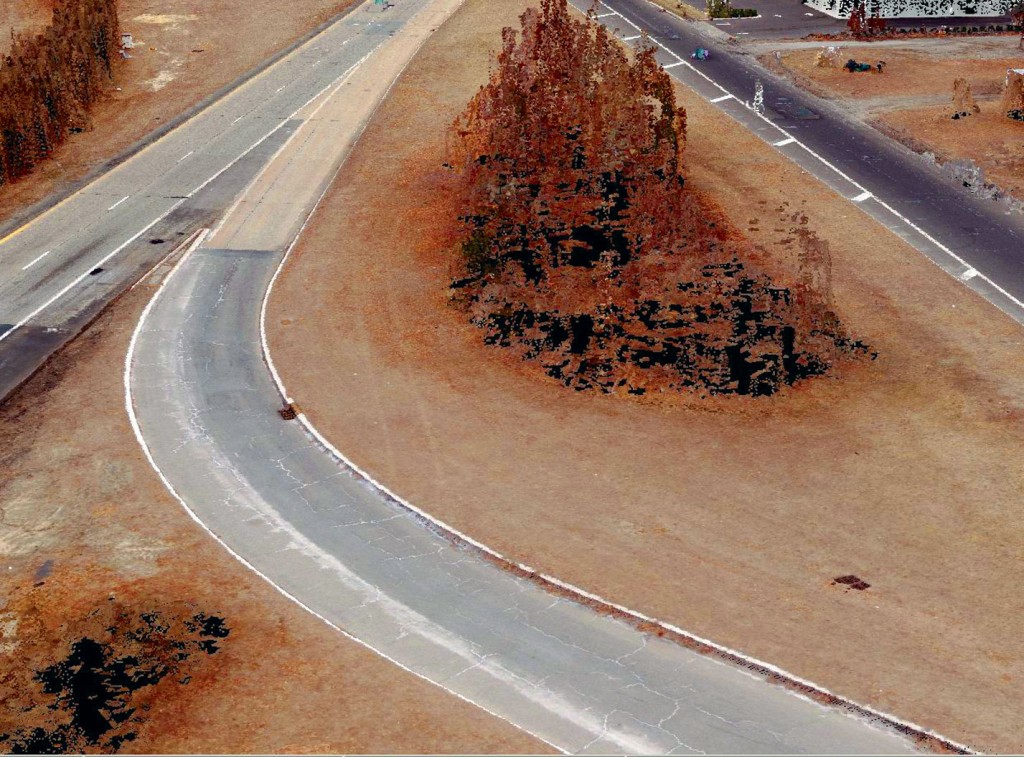 The higher resolution of satellite imagery “is going to raise expectations for everyone throughout the market space,” says Edward Kunz. “Frankly, the more data is available and the more the sources, the better for everyone.”

“This is something that is likely to generate more business for us, as opposed to taking business away,” says Ken Scruggs. “As this capability becomes more prevalent and known, people will become more aware of it, and this awareness is really an awareness of geospatial technologies.”

Ken Scruggs, founder and president of Midwest Aerial Photography, which specializes in aerial imagery and photography in support of photogrammetric mapping projects.

“I generally work in the imagery resolution range of 1 foot GSD or smaller,” says Steve Kasten. “Although I have seen an increased pressure in this resolution caused by new satellite systems, my clients do not consider it as an option and we do not suggest it. Most county/city clients are more interested in 6-inch and/or 3-inch resolution imagery, which is currently out of reach of the satellite systems.” 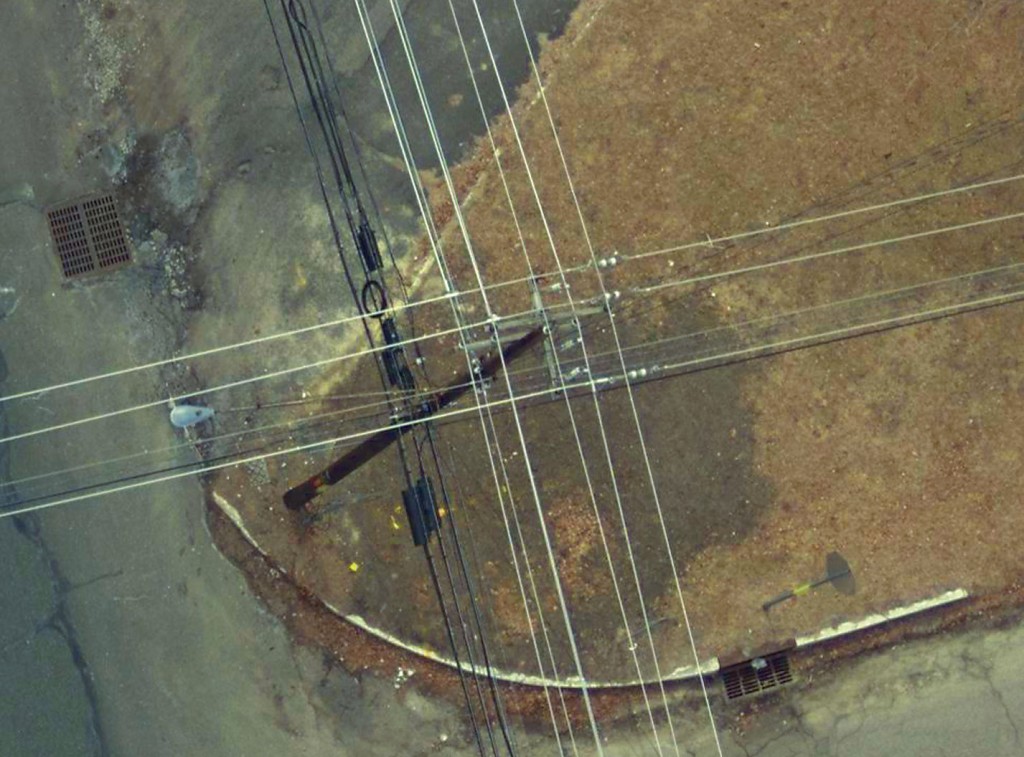 Some parts of the aerial imaging/mapping industry may be affected by improvements in satellite imagery further down the line. As the pixel resolution and positional accuracy of satellite-based sensors continue to improve, Raber points out, they might begin to compete with firms that specialize in high-altitude aerial imagery, such as the USDA National Agriculture Imagery Program photography, taken at a pixel resolution of 2 foot or even 1 foot. Low-orbit satellite constellations, such as SkyBox, could compete directly with some aerial firms that are collecting imagery at a pixel resolution of ½ foot or 1 foot.

Additionally, Raber points out, the new satellite imagery with multiple bands of information, which makes it possible to analyze vegetation or search for hydrocarbons over wide areas, could disrupt the business model of firms that fly aerial hyperspectral cameras. “At some point the new capabilities of multispectral technologies such as Digital Globe’s superspectral could replace the need for fixed-wing collection in these exploration applications. The jury is still out on the superspectral capabilities of Digital Globe’s WorldView-3.”

Currently, with respect to commercial mapping in the United States, the boundary between applications for which the resolution of satellite imagery is sufficient and those that require aerial imaging is “somewhere around 2-meter pixel resolution and above,” according to Kasten. Applications that require the higher resolution available from aerial imaging include engineering- and design-scale mapping projects and infrastructure projects such as roads and bridges. Aerial imaging also makes it possible to monitor road surfaces and measure cracks in the pavement.

Most satellites are on north-south polar orbits. That, Kunz points out, makes them unsuitable to image very long east-west infrastructure projects because it would require stitching together hundreds of scenes from multiple satellite viewings over a long period of time.

“Roughly, less than 5% of our work is at a resolution of 25 centimeters or coarser. Even the majority of our county-wide and state-wide programs that end up in government hands are all done at a 15 centimeters or higher resolution. Our maximum resolution is 2 centimeters, but we do a lot of work at 4-centimeters and 5-centimeters resolution,” says Scruggs. “This relates directly to photogrammetric mapping applications—such as computing volumes in the energy sector, whether it is at a coal mine or a stockpile at a power plant, or doing anything for an engineering design application, whether it be for roads, highways, railroads, or other types of transportation.”

“Our maximum resolution is with our Falcon Prime Unit, which is a Microsoft Vexcel frame camera,” says Kunz. “With a fixed-wing aircraft traveling at an altitude of 1,000 feet, we are getting in the 1.7 centimeter to 1.8 centimeter range.”

Satellites cover much larger areas than aircraft in the same amount of time, but aircraft collect imagery at a much higher resolution. However, comparisons of aerial and satellite imagery must also take into account other variables, including weather conditions and the client’s budget and delivery-time requirements. 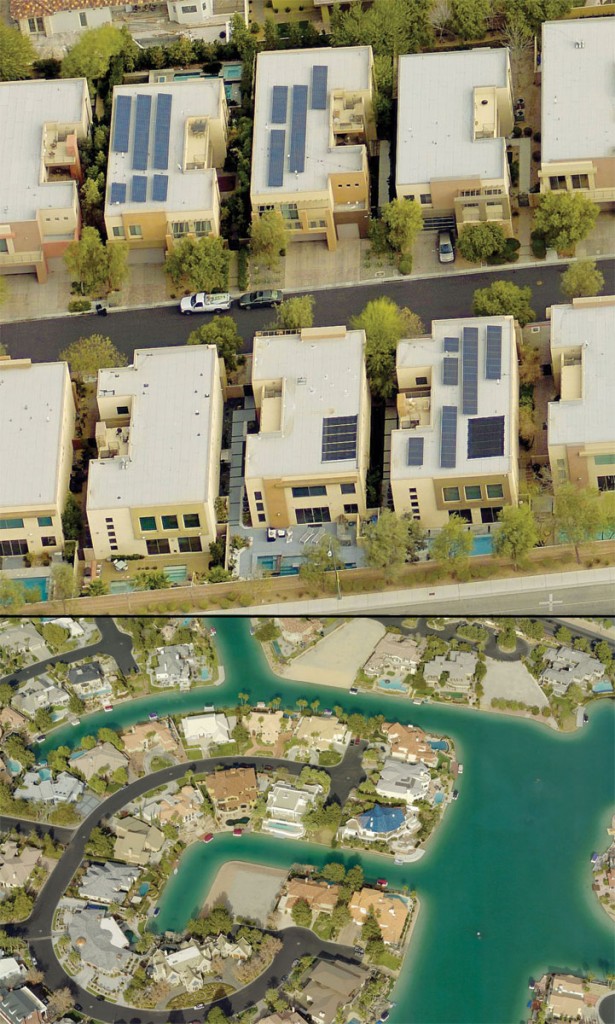 An oblique view is a geocoded view at a 45-degree angle; satellites cannot capture this view. Obliques are used by public safety, valuation, and construction professionals to get a high-resolution view of all sides of a building. Credit for both images: Pictometry.

“With satellites, you still need optimum conditions,” says Raber, “whereas with fixed-wing aircraft you can have a little more flexibility doing exactly the area of a project, rather than having to purchase a whole scene that might take more time to collect.”

Conversely, while aircraft can fly under the clouds, they might also sit on a runway for days or weeks during inclement weather while satellites are continuing to collect imagery. Clients may not be willing to pay to keep a plane on standby waiting for the weather to break. However, says Kunz, “satellites are constrained by having to look through several hundred miles of atmosphere as well as by orbital dynamics.”

According to Kasten, satellite imagery is not cheaper than aerial imagery for large areas. “While it is suggested that the satellite systems can compete on price with aerial firms, when I have proposed to satellite companies to provide 1-foot resolution imagery over a 600+ square-mile-county project, their pricing is always much greater than for aerial imagery.”

In addition, he points out, “the satellite imagery and products are licensed data, whereas the aerial products are generally not. My clients would not consider this a good solution to their data needs.”

One unique advantage of aerial imaging is the ability to shoot oblique images, to show the sides of buildings. Satellites, on the other hand, “perform exceptionally well for our Department of Defense in areas where aircraft are not allowed to fly,” Mondello points out. Satellite constellations are also able to provide essentially constant observation of targets over long periods, which would be prohibitively expensive to do using aircraft.

Unmanned aerial systems (UAS) are going to affect both the aerial and the satellite markets, according to Raber. “UAS can fly even lower than manned fixed-wing aircraft, and hyperspectral sensors are getting smaller. UAS technology is going to be highly, highly disruptive over the next several years.” The extremely lower cost of UAS compared to manned aircraft, Mondello concurs, is going to make them a bigger wild card than satellites.

However, UAS are likely to be competitive with satellites and manned aircraft only for very small projects, says Scruggs. At a meeting of the Transportation Research Board in Virginia this summer, he asked the entire group what was driving state departments of transportation to explore the use of UAS. The answer, he says, was that for very small projects—such as a single freeway exit ramp—they could use a UAS to survey it without going to the expense of a manned aircraft.

For larger projects, UAS would have to collect a huge number of images, and it would take great processing power to stitch them together. “You end up very quickly with thousands and thousands of images. So, it is not efficient for large areas. This will be more of a tool for a surveyor to augment, not to replace, manned aerial systems. UAS will be used on projects that we are not doing anyway.”

Currently, and for the foreseeable future, satellite imagery, even at the higher resolution now allowed for sale, does not impinge on the market for aerial imagery. The recent launches of micro-satellites are not likely to change this. “As I look across the market of small satellites, I do not see any high-resolution solutions that will compete within our current product space,” says Kasten. “Our clients are driven by resolution, accuracy, image quality, time of delivery, and price. Without a sensor system that can beat an aerial solution on all five fronts, we will not see pressure.”

The higher resolution of satellite imagery strengthens the overall Earth imaging market, which offers of a wide spectrum of options in terms of cost, resolution, and flexibility—from UAS to manned aircraft to satellites. “The commercial and the consumer markets are constantly thirsting for higher resolution and more timely revisits of the data,” says Scruggs.

As Raber puts it, “It is an exciting time in our profession!”

Merrick Mexico, a wholly owned subsidiary of Merrick, has been a reseller in that country of satellite imagery from Digital Globe and GeoEye for almost ten years, for applications that include commercial projects, civil protection, and tax modernization. Keystone Aerial Surveys, Inc.’s parent company, PASCO Corporation, is also involved in satellite imagery.