Reflect by Unity is like … the gamification of BIM?

Imagine you get an email message that reads, “We’re reviewing the Alderson building model. See you in 10 mins?”

Seeing this, you take a large slurp of hazelnut latte and put on your VR goggles and hand grips. Suddenly, you are transported (digitally) inside a 3D model of the BIM model that you and the team have been working on for the last month. It looks almost perfect; there are just a few tweaks that the client has asked for that need finishing off.

To your left you can see Jenny, who has been doing the texture work, and to your right you see Jeff, who is a whizz at lighting. Without needing to say a word you start pointing the grips at the window that needs resizing, and you adjust the frame material, all while the others make their changes around you, at the same time, in the same session, all of you working in unison in a life-sized scale model of a building that is nothing more than a digital twin. 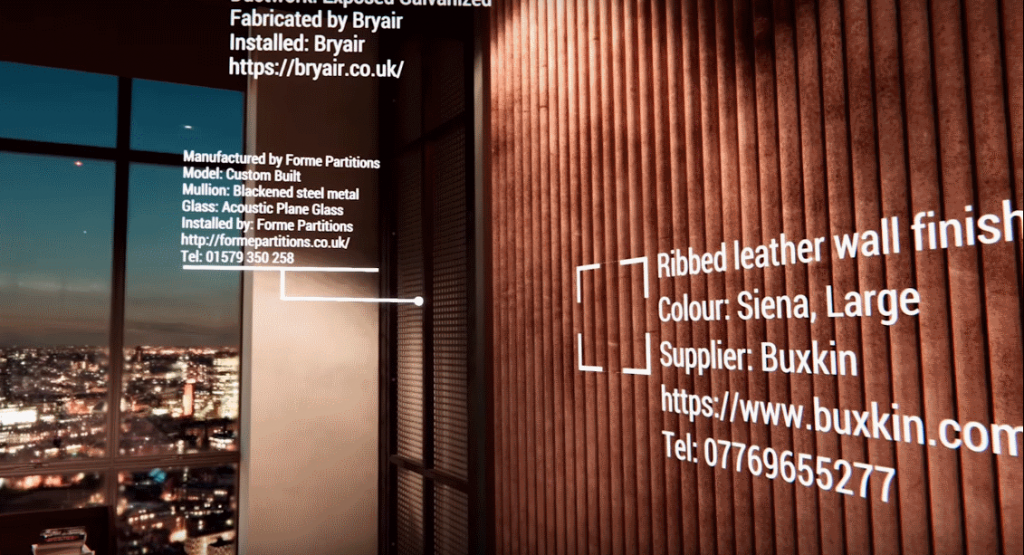 What I’ve just described isn’t a future concept and it isn’t a new game. It is the new capability provided by Unity, that’s been working with Autodesk and Trimble (SketchUp) to provide a way of real-time working in the 3D environment.

They call this “Reflect.” To quote Unity:

“Unity Reflect is accessible to all project stakeholders, regardless of their level of technical expertise. In fact, to use the product, you don’t need to be a Unity developer or know how to write a single line of code. But if you are a developer, you can customize and build upon Unity Reflect to create the best experience for your end users.”

The collaboration with Autodesk is a demonstration of Unity’s new focus on the AEC industry and enables immersion into BIM models (Reflect natively links with Revit), which will change the way we use and work with this type of data.

“Our collaboration with Unity is important because visualization has become a vital part of the design process, particularly in the AEC industry where time is money,” said Andrew Anagnost, Autodesk president and CEO. “Real-time, immersive experiences are becoming the norm, and this integration with Autodesk Revit cuts down on dead time between revisions and meetings, which is critical to giving our shared customers a competitive edge.”

One sunny but cold day last week I spent half a day at Unity, whose staff showed me through this amazing product, and I have to admit that it really is as good as it looks on paper. I was able to step into a model and turn on lights or move furniture around a room, and they showed me how they could edit the model as I walked around them. At the same time, my colleague could see the edits taking place on his Android tablet.

My mind is blown.

Autodesk is not the end of the story. Unity is now able to allow this functionality for SketchUp and soon other modeling software. The roadmap shows a long list in the weeks and months ahead. Although my focus has been on the VR aspect, Reflect also works on Hololens, Android, iOS, Windows, and VR. 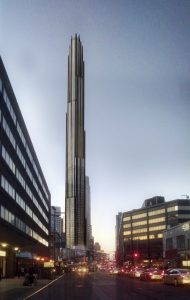 Note: The following is either paraphrased or direct from Unity’s website.

You may already know that 9 DeKalb is set to be the tallest structure in Brooklyn and is designed by award-winning architects, SHoP. With every project, SHoP aims to decrease construction time with more accurate documentation and construction administration processes. Unity Reflect enables the SHoP team to create seamless alignment between design and construction, helping save money, reduce errors, and create safer job sites.

Utilizing Unity Reflect, out of the box, SHoP was able to see an immediate improvement to their workflows. Preparing and transferring BIM data for real-time 3D experiences had historically been a major challenge for the firm. In Chris and Adam’s words, there was “no good way to do it.” The team had to rely on a patchwork of less-than-ideal approaches that took weeks to complete, from separately exporting BIM and geometry datasets to bringing CSV files into Unity.

Unity Reflect solved that problem by unlocking the ability to bring data from Autodesk Revit into real-time 3D in one click. Reducing the time needed to convert 3D designs into real-time 3D from weeks to seconds, Unity Reflect empowered the SHoP team to drive the design and construction outcomes that matter most to its business. 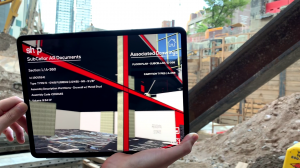 Acoustics tend to be an afterthought in design, and when teams finally conduct acoustical analysis, this information is delivered via traditional formats like an Excel file that are difficult to glean insights from.

With Unity Reflect, SHoP could make acoustics a core part of project planning for 9 DeKalb. Because Unity Reflect preserves metadata during the data federation process, SHoP was able to take embedded data within the BIM model to visually relay the acoustic properties of a given location in VR. This simulation using the HTC Vive—one of the first VR headsets to be compatible out of the box with Unity Reflect—enabled SHoP to gain a comprehensive understanding of the acoustic influence on the design and make the right adjustments to ensure a sound acoustical environment. 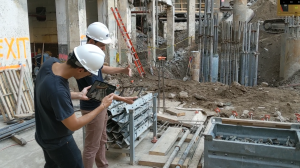 SHoP also built another AR app based on the BIM model that is accessible on the actual construction site of the tower. Technicians on the ground can overlay SHoP’s designs in AR on top of the ongoing construction project as well as surface construction documents from Revit tied to their exact position. Instead of shuffling through thousands of paper-based construction documents or PDFs, the on-site team is armed with the information they need to catch design flaws early and perform their jobs more efficiently.

I believe that BIM and the Smart City revolution truly starts here!

Many thanks to Unity allowing us to reference their material.