A century later, the company that invented the hard hat is still saving lives through innovation, from the top down.

It’s been a century since the hard hat’s invention, and the cumulative effect of the lifesaving creation is incalculable.

The hard hat was born from an American soldier’s experience in World War I. While serving in Europe, E.W. Bullard witnessed doughboys being saved from shrapnel by their combat helmets. As the son of the founder of a company that provided carbide lamps and other mining equipment—The Bullard Company—E.W. was hardwired to think about saving lives. So, after the war, the veteran created a more durable hat that would better protect workers from hazards. In 1919, he invented the first hard hat. 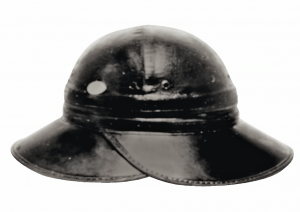 “The original ‘Hard Boiled’ hat was manufactured out of steamed canvas, glue, a leather brim, and black paint. My great-grandfather built a suspension device into what became the world’s first commercially available, industrial head-protection device,” says Wells Bullard, current CEO of the company.

“We are proud to be celebrating 100 years of an innovation that truly helped our country grow and keep the hard-working women and men who built it safer.”

Since its founding by E.W.’s father, Edward Dickenson Bullard, in San Francisco in 1898, The Bullard Company has adapted and invented its way permanently into worker-safety history. Now a fifth-generation family-owned company, the Kentucky-based firm has developed its products to meet the needs of the times.

In the male-dominated safety products industry, Bullard remains unique in its approach to innovation. Its appointment in 2017 of Wells Bullard as CEO means the great-granddaughter of the company founder is keeping the family tradition of having a Bullard in charge, but now, with a new perspective.

Wells Bullard follows in the footsteps of her famous ancestor in developing her own eye for worker safety.

“My great-grandfather solved workers’ problems,” she explains. “He watched workers do their jobs and wanted to protect them. We closely observe workers doing their work and attentively listen to them.” 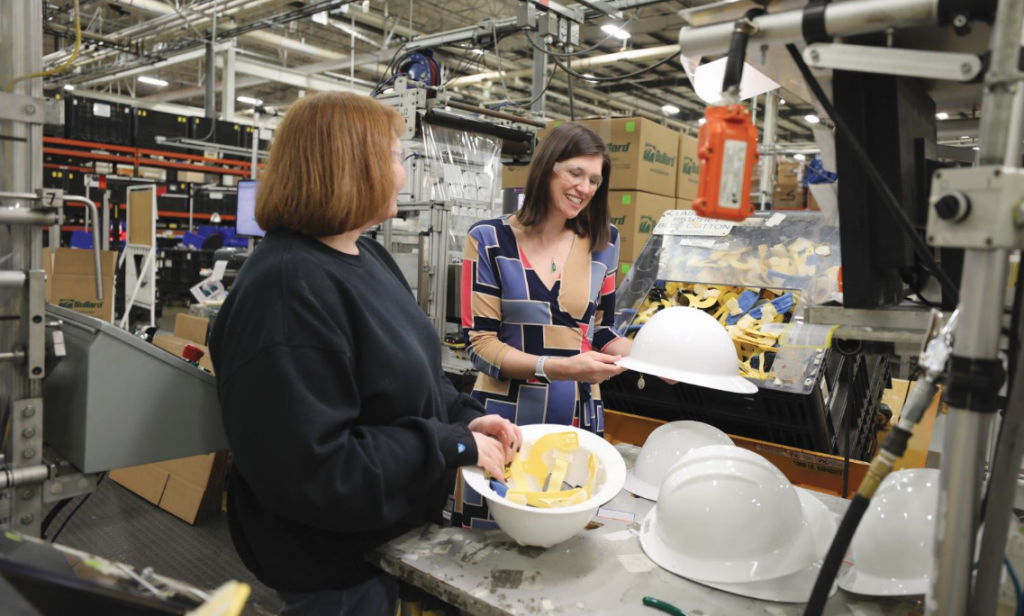 “We protect firefighters, steelworkers, people who manufacture the drugs we use… It’s a rather noble calling, and we love it,” she says.

The Bullard Company’s products now cover a variety of industries. From head protection to face protection, respiratory protection to thermal imaging, fire rescue helmets and body temperature-managing clothing, Bullard has a lot of irons in the fire. How has the company managed to stay on the cutting edge of safety tech?

Who knows what future hard hats will look like? Chances are they’ll get their look at least partly from the Bullard Company.