From surveillance methods using ground-based radar to space-based systems, it’s more complex to track aircraft than you might think.

The disappearance of Malaysia Airlines Flight 370 on March 8, 2014, with 239 people on board, was both tragic and stunning. The loss of a modern commercial aircraft operating in government-controlled airspace, which remains unexplained, represents an extreme anomaly for the safest mode of transportation available today. According to the International Air Transport Association (IATA), a trade association, during a typical day almost 100,000 airline flights are completed without incident.

Contrary to popular conception, not all commercial aircraft are tracked at all times. In order to assess what can be done to improve global aircraft tracking capabilities and retain the public’s confidence in the airline industry, IATA, with support from the United Nations’ International Civil Aviation Organization (ICAO), established the Aircraft Tracking Task Force (ATTF). Over five months, it brought together senior experts from across the aviation industry, including representatives from airlines, air navigation service providers (ANSP), safety organizations, pilot groups, airframe and equipment manufacturers, and civil aviation authorities represented by ICAO.

The ATTF’s report, submitted to ICAO in December, concluded that a range of technologies and services exists that can be used to enhance worldwide aircraft tracking in the near-term, and many of them are already installed on aircraft. It also pointed out that additional options will become available as new products and services are integrated into the global air navigation infrastructure and that it is necessary to amend existing procedures and to develop new or improved communications protocols between airlines and ANSPs.

The report argued that aircraft-tracking capabilities can be enhanced on the basis of a performance-based approach—in other words, without requiring additional governmental regulations. It outlined a set of performance criteria to establish a baseline level of aircraft tracking capability. According to Boeing Commercial Airplanes, “It is important that global standards be performance-based rather than based on prescribed technical solutions so that, as technology evolves, so too can solutions.”

According to Kevin Hiatt, IATA’s senior vice president for safety and flight operations, the ATTF report identified gaps in the ANSP service that will be addressed by ICAO in the coming months.

Throughout all phases of flight, commercial aircraft are under air traffic control/air traffic service (ATC/ATS), which includes essential communication, navigation, and surveillance services. Surveillance, which is used to manage aircraft separation requirements, provides the location and identification of an aircraft. Therefore, it can also be used to track aircraft, and many commercial aircraft operators currently do so, particularly in medium- to high-density airspace.

However, surveillance services are not available everywhere and can be disrupted by problems with maintenance or equipment availability. Furthermore, the ground-based radars that provide surveillance services can suffer line-of-sight limitations due to obstructions and the Earth’s curvature.

Where the density of air traffic is low, such as over oceans, flight crews periodically report their position by voice to the appropriate ANSP. In some low-density airspace, ANSPs obtain position reports from the Automatic Dependent Surveillance – Contract (ADS-C), a system that communicates via a data link. However, not all ANSPs support ADS-C and not all aircraft are equipped with it.

Many airlines track their fleets using the ARINC Communications Addressing and Reporting System (ACARS), a digital data link system that exchanges short messages between ground stations and aircraft via satellite communications or VHF/HF radio. However, VHF communications can be disrupted by atmospheric conditions and, in many areas of the world, by interference issues, a lack of communications infrastructure, or other factors.

According to the ATTF, “most continental airspace with medium- to high-traffic density has ATS surveillance systems in place, such as Secondary Surveillance Radar, multi-lateration, and/or ground-based Automatic Dependent Surveillance – Broadcast [ADS-B].”

Many aircraft not equipped with ADS-C or, in some cases, ACARS, operate beyond the range of ATS surveillance systems. They can be equipped with a GNSS receiver and a device that uses satellite relay to transmit the position reported by the receiver. Generally, these systems are lower-cost alternatives to integrated avionics solutions, and most of them will offer global coverage once full satellite constellations are deployed. However, their use could be hampered by certification requirements.

It is commonly assumed that all airliners in flight anywhere are able to communicate by radio with flight controllers at all times using communication satellites. However, that’s not true, says Hiatt, because “not all aircraft are equipped to communicate with a satellite, and not all satellite systems cover the entire planet.” Furthermore, “airline operations are diverse and not all airlines use the same type of equipment.”

“The equipment in the aircraft is voluntary unless the aircraft control authority imposes regulations that require it,” says Alfred Anderegg, portfolio director, ATM and surveillance evolution at the Center for Advanced Aviation System Development (CAASD). The center, which is run by The MITRE Corporation on behalf of the Federal Aviation Administration, has been heavily involved in surveillance, including aircraft tracking systems, over the years.

“The United States,” Anderegg adds, “has required that by 2020 aircraft operating in certain airspace have ADS-B with certain performance criteria. Operators have to decide whether to invest in this capability, unless the authority for their geographic area has required it. That is the kind of collaborative global environment in which we are operating.”

In the near term, according to Christopher J. Hegarty, director for communications, navigation and surveillance engineering and spectrum at CAASD, “the recommendations made by IATA will be very beneficial toward getting the small number of aircraft flying in remote and oceanic airspace that aren’t reporting positions already equipped with the number of technologies that are available on the market today to provide this capability to them.”

“Additionally, in some cases—for instance if the tracking solution is something like ADS-B—you need an ANSP that is actually providing that service with the aircraft.” Also, the airline has to pay for the service, train its crews to use it, and establish a link to ATC. “That can be done in multiple ways and all of the available technologies to do it have some drawbacks as well as strengths in terms of coverage, frequency, and institutional issues.” 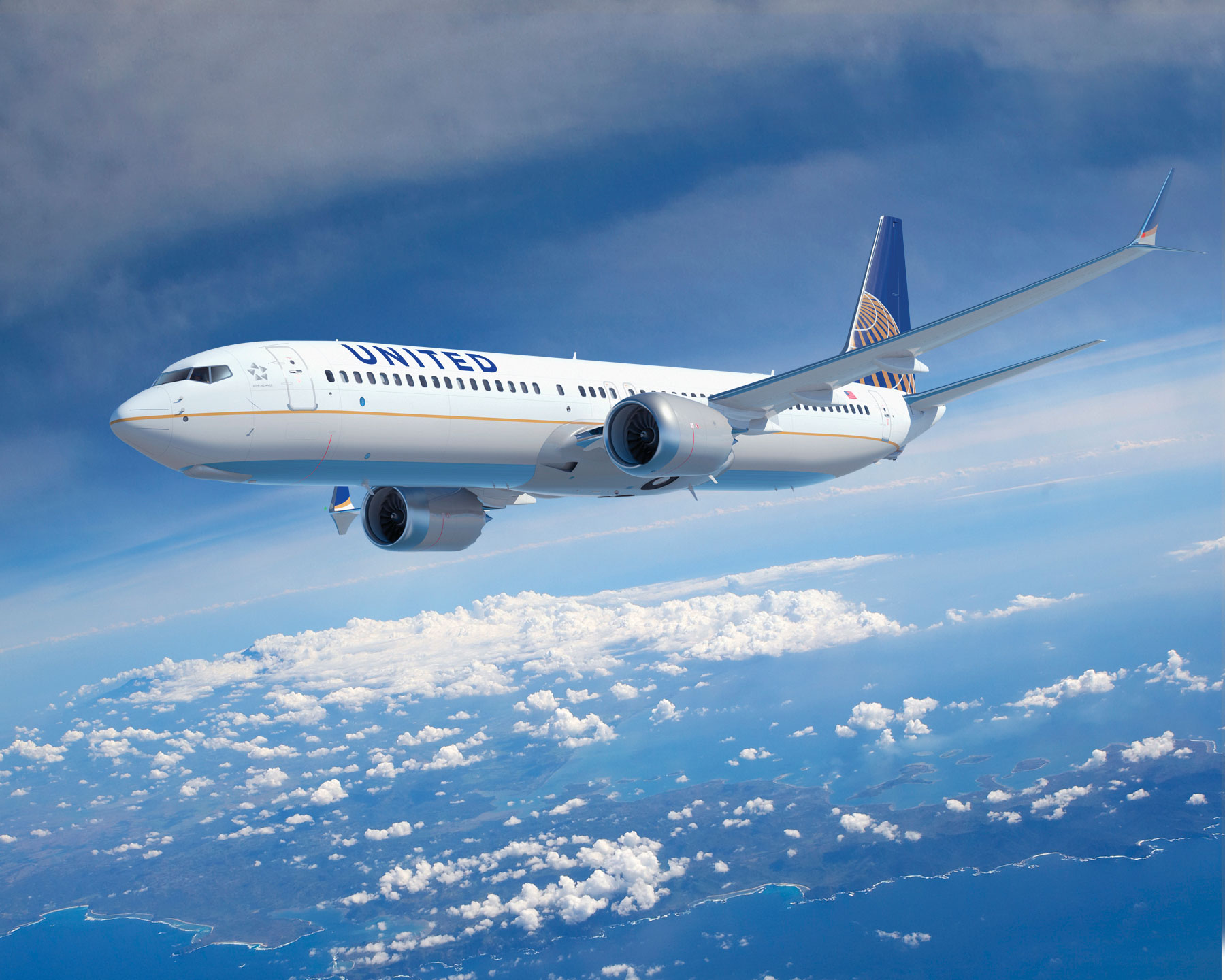 The next big improvement in global aircraft tracking capability will come from a space-based version of the ADS-B system, which will use signals from transponders that are already installed or planned to be installed on most commercial aircraft. It should be available in 2018 and will probably be widely used for ATS surveillance services.

However, whether the new system will solve all aircraft tracking problems “depends on whether the community agrees that it is the most cost-beneficial means to solve an agreed-upon problem,” says Hegarty. “So, there’s the phase of even deciding what the minimum requirements for aircraft tracking are and then whether ADS-B would be the way to solve that in all airspaces.

“Of course, the United States has already decided that ADS-B makes sense to implement over national airspace, but the bigger world will need to get on board with space-based ADS-B and then pick amongst the various proposals for that type of technology.”

Hiatt, representing the interests of the airlines, says, “We look forward to working with ICAO in the pursuit of effective and sustainable solutions that do not create unnecessary redundancy nor have unintended impacts on safety.” According to Boeing, its emphasis in the relevant industry working groups on this issue is “to develop a solution that potentially could be installed on airplanes in production, as well as retrofitted into airplanes in service.”