A Hilton complex requires survey technology to ensure its place among historic buildings in Norfolk, Virginia.

Norfolk, Virginia, has a history of adapting to change.

(Above: Norfolk’s newest high-rise was engineered to fit into its urban footprint.)

With beginnings in 1636, the city has undergone war, epidemics, fires, and economic depression to grow into the state’s second-largest city, the region’s economic hub, and home to the United States Naval Station–the largest Navy base in the world, spanning approximately 3,400 acres.

The city’s building stock and architecture have evolved. The Colonial town’s first medieval English-style wood and frame construction (with wide chimneys and thatch roofs) was replaced in time by the iconic Neoclassical federal style architecture (with elements of columns in the porticoes and classic motifs over doorways and windows), which exists today in the city’s many preserved red brick public buildings and residencies.

The challenge in urban development, architectural design, and city planning has always been how to respect the historical while meeting the needs of contemporary living. 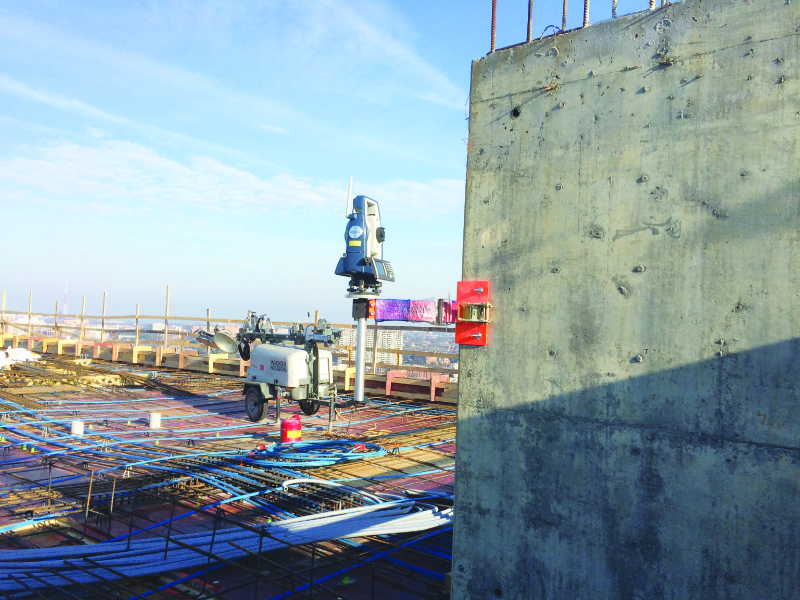 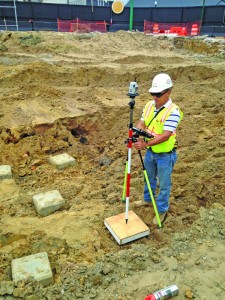 The Norfolk Hilton and Conference Center is the newest high-rise in the city’s downtown. Topping out at more than 230 feet, the structure will dominate the Norfolk skyline while respecting the historic buildings it abuts.

The $126 million public/private initiative is expected to transform the corner of Main and Granby streets. Called The Main, the project is scheduled to open in 2017. The new facility will have 380,000 square feet of space and will include a 22-story luxury hotel, a 50,000-square-foot conference center known as The Exchange at The Main, and three premier restaurants.

The developers say that The Exchange at The Main will be one of the most technologically advanced and secure meeting facilities in the United States. It will be certified by the International Association of Conference Centers and will meet standards for Sensitive Compartmented Information Facilities in order to accommodate the security needs of clients like government agencies and defense contractors. No comparable facility in the Mid-Atlantic region holds both designations.

Managing the construction and ensuring the more-than-30 contractors working on this large, complex project is the construction management firm W. M. Jordan Company, based in Newport News, Virginia.

The structure being constructed is a 22-story building with a mix of various contractors on the site, which meant the timing and sequencing of efforts was critical. Add to the challenge the fact that the creative architectural design has many supports that have an angle–which tosses out the expectation they would be perpendicular from a level baseline.

“It was crucial to establish the building control lines that all the contractors could rely on,” said Dwayne Sellars, virtual construction manager with W. M. Jordan Company.

The building is an L-shape, with two contrary angles to make that shape. It’s not truly an L, since the column lines don’t run north-south through the building continuously.

W. M. Jordan does not self-perform work, but with this project there was a quality control concern that construction errors would be too costly to discover after the fact–they needed to be prevented. They had to think outside their norm.

There was too much potential for an error to occur that could have had very expensive repercussions down the line,

Sellars said. “That’s why we decided to invest in the robotic total station.” 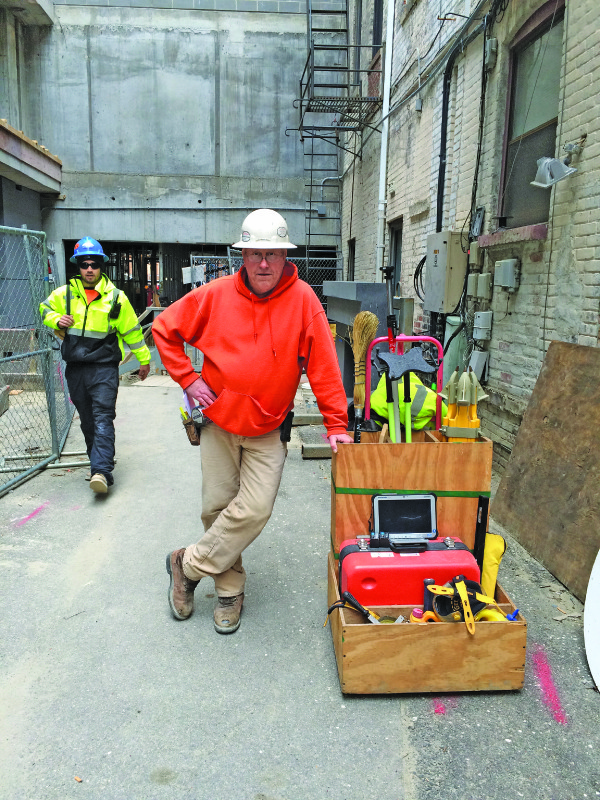 W. M. Jordan Company was responsible for managing and coordinating the efforts of more than 30 contractors working on this large, complex project.

We initially purchased the robotic total station for quality control, and that use alone more than made the investment worthwhile, since there were several concrete slabs and sleeves that were off, and we caught that before the pours,

We prevented some hugely costly mistakes from occurring. We also found many other beneficial uses for the technology.

“There was too much potential for an error to occur that could have had very expensive repercussions down the line.”

W. M. Jordan Company has owned and used robotic total stations before, but on this project, it was the company’s first time using a robotic total station for fieldwork. “There’s obviously a time- and cost-saving story behind each of our uses of the Sokkia, but the as-built of utilities is worth elaborating on,” Sellars said.

Because the complex is a zero lot line in downtown Norfolk, we worked with the city on the timing and how best to relocate utility boxes to fit with the needs and design of the new structure. We surveyed every box and then reviewed that with the city and the utility companies for logistics and accommodating the demands of our schedule, while also ensuring minimal (if any) interruption of service to the neighboring buildings.

On the front end of the project, W.M. Jordan used Autodesk Point Layout software to place points inside the building information model and to bring points captured in the field back into the model for comparison.

Initially, Sellars was on site for the first month to troubleshoot and manage the process, while project engineer Austin Tempest learned the powerful software and its capabilities.

Quite honestly, the project is being completed with less risk and better quality because we’re using the Sokkia SX-105T robotic total station and AutoDesk software,

Sellars said. “David Rowe, our field manager with 35-plus years of surveyor experience, really jumped in and took responsibility for applying the robotic total station to the best benefits of the project.” The Norfolk Hilton and Conference Center is on schedule for a 2017 opening. While the high tech, mixed-use, entertainment, meeting, dining, and hotel destination is being completed, the anticipation appears to be mounting as evidenced by its increasing number of “likes” on the facility’s Facebook page and the number of hits to its YouTube virtual tour.

The addition of The Norfolk Hilton and Conference Center to Norfolk’s cityscape will definitely create a new chapter in this historic Colonial town.